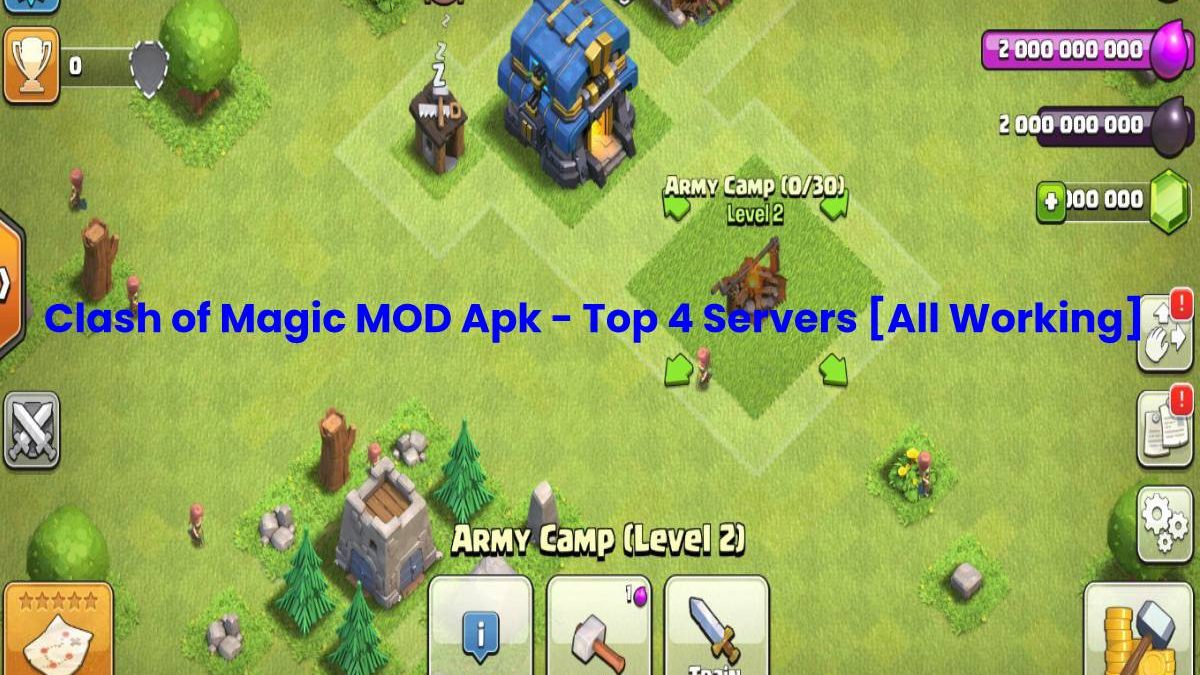 You must know about one of the most popular games- Clash of Clans, but it’s quite frustrating when it takes many days to upgrade your buildings and troops as resources take too much time to get generated. So, I know you don’t like the limitation of resources in the game.

So, if you want more exciting things in the game, if yes, then don’t worry, I am going to share download links of a more exciting game-Clash of Magic. This will surely make your gaming experience more exciting and surprising.

This game is not developed by Supercell, but it is produced by third-party developers, so you enjoy the game. Also, note that this is one of the best private servers of Clash of Clans. So let’s dive into more amazing features of the game.

Features of the Clash of Magic Server

Clash of Magic Server is one of those private servers which is hosted by third-party developers. It is quite similar to the original game, but some of the good features make this game an enjoyable one. In this private server, you get unlimited resources like gold, gems, elixir, dark elixir and a lot more.

But I am going to share the reason as to why you should be playing this game. Note that [Clash of Magic] is available in four different flavours. I mean that you get four different servers, viz. S1, S2, S3, S4. With the help of these servers, you get an ultimate collection of features which you cannot find in original Clash of Clans game.

As you can see from the above data, that almost everything is provided unlimited. But, this not the case with all the servers. Which means that you get unlimited in two of the four servers. This limitation is primarily because some players specifically want no unlimited resources as this makes the game seem unrealistic. So, for this reason, this limitation has been intentionally put by the developers. All the information about all the servers is listed on the specific server information.

Below, I am going to share some information about Clash of Magic, and below that, you are presented with options to choose the server which you want and then follow the rest of the installation guide.

There are four different servers for you which provide various features, so you enjoy the game. These are:

This server is also known as Black Magic. This server is available for free over the Internet. This server is highly modified and provides flexibility. Which means that you can easily create heroes, custom buildings and whatnot. Also, it offers unlimited resources- gold, gems, elixir, dark elixir and much more. To download this server, click on the below download link.

Difference between the original Clash of Clans and Clash of Magic:

I am sure that you feel very excited to try out the Clash of Magic game. If you face any issue, please let us know, and we will help you out. Enjoy!

What is Education? - Definition, Types and Objectives

Cognitive Test: How Important it is for Recruitment Programs?

Text To Speech Apps To Help You Multitask

How to Mitigate Risks from Cyberattacks for your e-Commerce Website