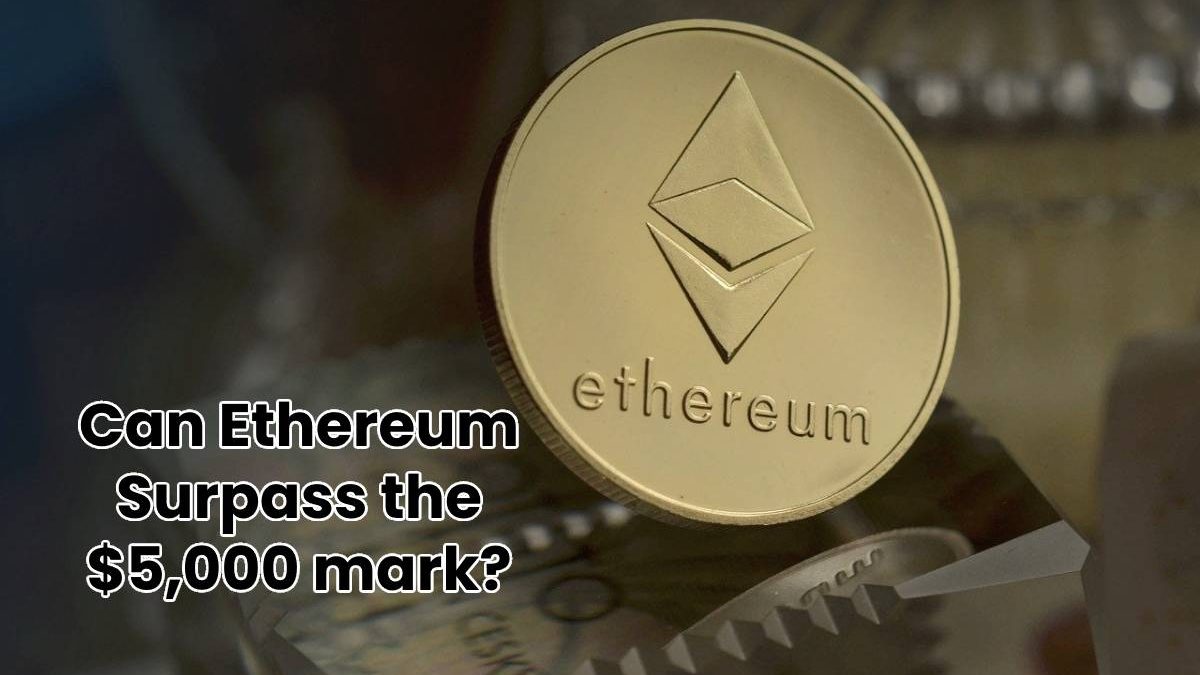 Can Ethereum Surpass the $5000 mark

There are a plethora of cryptocurrencies out there. Ethereum has established itself as the second-largest cryptocurrency, by market capitalization. However, unlike other Altcoins, Ethereum is designed to be more than an exchange medium or a store of value. Ethereum is used for operating Decentralized applications (Dapps). Ether is the cryptocurrency that drives the Ethereum network. It is also the form of payment that is required for running the app or ensuring the processing of transactions on the Ethereum Blockchain.

Since its inception, its use and popularity have surpassed possible expectations. Its surge has extended into rarefied territory. This stunning momentum has a crypto expert forecast that the price of Ethereum will soon hit the $5,000 mark. According to the CEO of deVere Group,

“Ether is one of the main beneficiaries in the wider explosion in the cryptocurrency market. The boom over recent months has been fueled by soaring interest from major institutional investors and growing recognition that borderless digital currencies are the future of money.”

According to the CEO, “Ethereum is already years ahead of Bitcoin in everything but price and fame,” said Green. “There’s a real sense that 2021 is the year for Ether. Its time has come.” He continued, “This momentum is likely to build further in the near-term and I believe Ether will hit $5,000 within seven days.” Even though that was not the case at the time he made that statement, many still believe strongly that Ethereum will surpass the $5,000 mark soon.

It has already been established that Ethereum runs by adopting decentralized blockchain technology to produce Decentralized apps. This is also used to make agreements – referred to as smart contracts – that can operate on computer codes and can be run without the need of a third-party intermediary. It is also worth stressing that the proof of ownership remains at the mark for the network. Moving away from this, trading with the right app, including http://bitiqapp.com/ is essential.This contributes to the overall user experience.

With the influence and endorsement of popular figures across the globe, the price of Ethereum has experienced significant fluctuations. It was $737.71 on January 1. Then, it would hit $2,000 sometime in February. From there, it would rise significantly to $4,380 by May, which marked a gain of about 500% from the beginning of the year. Soon, the market would crash on May 19, resulting in a significant reduction in value to about $1,780. The price would vary from $2,000 to $2,700 until the end of July.

August was a month that promised great upgrades. The EIP-1559 London hard-fork was launched on August 5th, 2021. The contribution of investors enabled Ethereum to surpass the $2,700 mark. Within a month, its price would rise again from almost $2800 to $4,000. Ethereum has been on the rise for some weeks after its first-ever digital bond sale on the Blockchain network was issued by the European Investment Bank. It was reported that the sale will be led by Banco Santander, Goldman Sachs, and SocieteGenerale.

Besides this, the supply of Ethereum has also been in decline amid an increase in demand. This ensured that businesses have been investing in several startups that are based on Ethereum. This includes big names such as UBS, Mastercard, and JPMorgan. The meteoric rise in Ethereum ensures that a $1,000 Ether investment in 2015 will bring back over $4.7 million today.

Ethereum has been fluctuating in price since the turn of the year. Even though it is hard to pinpoint the exact worth of Ethereum at any instance, what is clear is that as the interest it gathers increases globally, its price only promises to surge and will most likely surpass the $5,000 mark.

Start Building Your Website Today During the Lockdown Period

Is Bitcoin Freelancing Right for You

10 Expert Tips for Building an Online Store That Sells

The Tesler: A Smart Investment in Cryptocurrency

Breaking The Fourth Wall: Video Marketing as a Corporate Pledge to Transparency