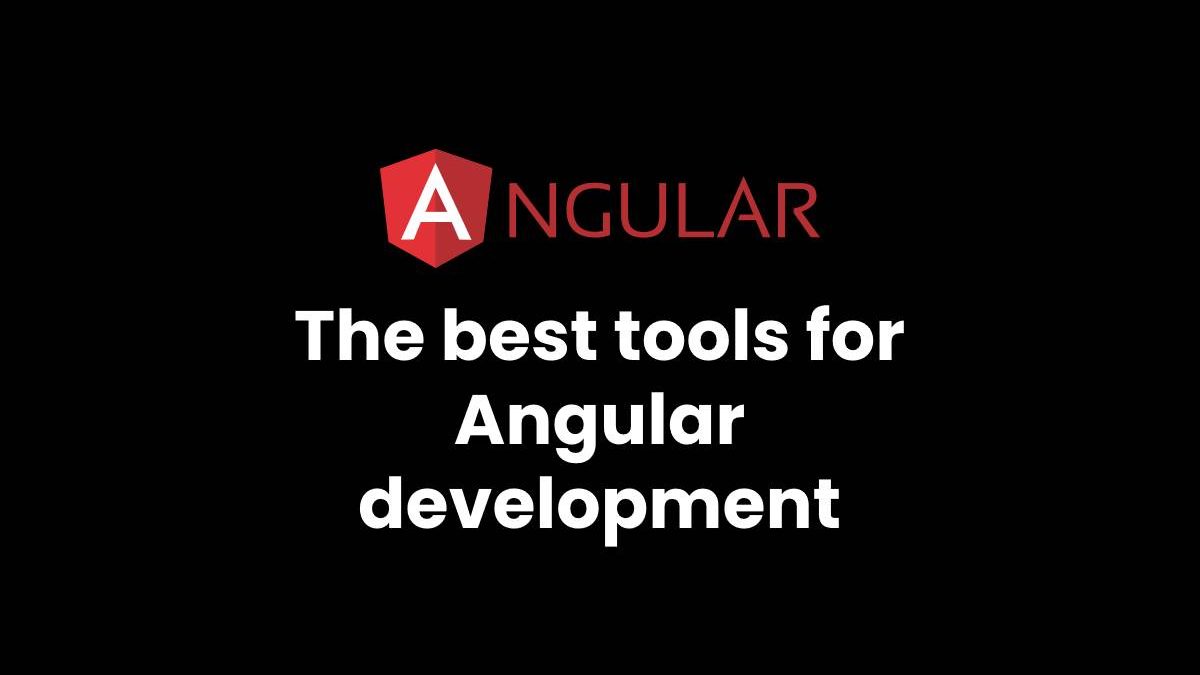 The best tools for Angular development

In this post, we’ll look at three categories of tools that Angular developers can use to build better looking and working web applications.

Let me guess you are likely to hire an Angular developer or future website owner planning to use Angular to build a website. Well, here I have an informative post that may help you find the right tools for Angular development. So without further delay, let me introduce you to the best Angular development tools and services of 2018.

When coding in Angular, there is a chance of accidentally inserting errors or bugs. In addition, you need a very elite content manager to keep all of the code and associated data in perfect order. Hence, the first category of Angular development tools is coding.

Aptana is an open source IDE (Integrated Development Environment) -based studio that Angular developers can use to program websites. Currently, the latest version is Aptana Studio 3, a seamless environment for creating, editing, previewing, and debugging. It focuses on JavaScript, CSS, HTML, and other similar web languages.

WebStorm is a powerful Angular coding development tool. WebStorm was developed by JetBrains as an IDE and comes with a pre-installed dart plug-in. A very fascinating feature that WebStorm offers is that you can show your code live without having to visit or update your page. WebStorm is a perfect live editorial manager suitable for CSS, JavaScript and HTML.

Sublime Text is a proprietary cross-platform source code editor for prose, markup, and code. It has a Python application programming interface. You get split screen editing assistance that helps with editing files side by side or editing two locations in a single file. The customizable code snippet support can also be bundled with Angular.

After the coding is done, the next step is to test and debug the code to find errors and bugs. Some of the most popular Angular development tools for testing and debugging are listed below.

Jasmine is an open source Angular development tool for testing. Jasmine’s USP is that it can run on any JavaScript-enabled platform. Jasmine uses BDD (Behavior-Driven Development) in addition to TDD (Test-Driven Development). There is another test tool, “Karma” (see below), which forms a perfect duo with Jasmine. With these two tools in your Angular development arsenal, testing and debugging becomes an easy task.

You get the fruits of what you sow and you get the errors for what you code. This is Karma, a fitting name for a testing tool for Angular development. Karma runs the test in the browser, but reports it in the CLI (Command Line Interface) and provides constant feedback on the status of each test. Karma allows you to run various tests like E2E tests, unit tests, midway tests, etc.

Protractor is an end-to-end testing framework. It is the strictest and most intense automated testing tool developed by the Angular group. It runs tests on applications that run in a real browser, just as a user would interact with your app. Protractor automatically syncs your tests with the website. Protractor is compatible with Mocha, Node.js, Jasmine and Selenium.

A module is a set of different parts of an application, such as policies, factories, filters, controllers, services, etc.

The ng-Table directive is used to enhance HTML tables through support, sorting, and filtering. It offers variable line heights and great pagination. The database includes many new features and styles to improve the standards of Angular development.

AngularUI combines Angular with parts of UI sections. AngularUI enables faster app compilation. It uses various directives such as UI calendar, UI router, UI bootstrap, UI map, UI notification, etc. Among all the directives, the most useful in AngularUI is probably UI bootstrap, which is a bootstrap template locally like for other platforms Twitter, straight from Angular itself.

Was that interesting and informative?

Why does Artificial Intelligence stand no chance against the stock market?

The Way of Bitcoin Forex Trading

The Data Quality Assessment: Does Your Data Measure Up

RAV Antivirus — What It Is and Why You Need It

Essential Things That You Need For Live Streaming

How the Internet Helped During the Covid-19 Lockdown