Home > How To > Buying Guide: How to Choose the Best Gaming Processor? 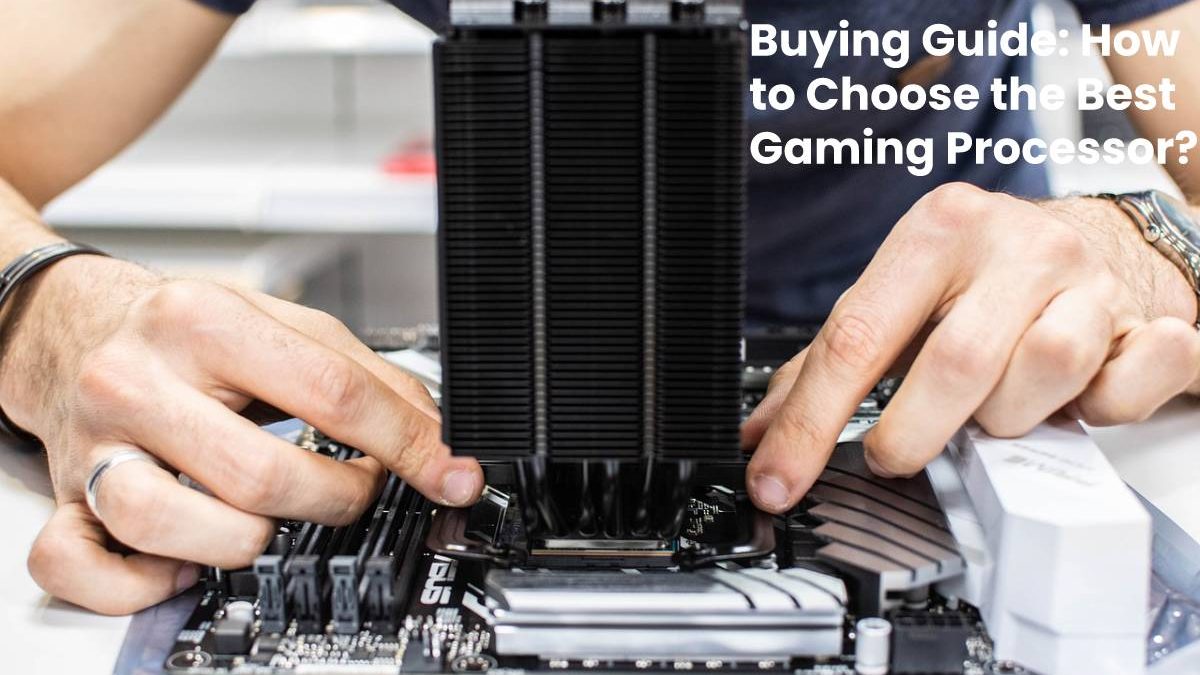 Buying Guide: How to Choose the Best Gaming Processor?

If you are a Gamer or thinking about entering the world of games, you should know beforehand the importance of a good processor. With a good processor you will have even more speed and much more efficiency in your entire machine. Especially when it comes to games, we know how important fast processing is without crashes.

And if your idea is to compete in the world of games, the situation gets even more serious: half a second can determine your victory. In this sense, there is no possibility to underestimate the importance of a good processor.

What is the Processor?

Processors, also called the Central Processing Unit (CPU), are responsible for receiving and managing computer data. It is he who acts as the brain of the machine, receiving the data and transforming it into information.

This means that the processor acts in absolutely all the actions performed by the computer. Thus, a good processor is able to make the computer work faster or more agile depending on its speed of reading and data processing.

In addition to processing the data, as well as the brain, the processor controls the functioning of other parts of the computer.

It sends action commands to components such as a monitor or printer, making all components work in complete harmony and responding to commands that the user gives.

Are AMD and Intel Reliable?

The AMD and Intel are two of the world’s largest processor manufacturers. Some of the best gaming processors are those produced by these brands.

The most interesting thing, however, is that both brands not only manufacture processors but also develop, in specialized research centers, technologies to further improve these processors. Thus, both are extremely committed to bringing high-quality components to the most demanding gamers.

How to Choose the Best Gaming Processor?

Because it is a very technical component, when buying a processor, you need to be aware of the complex terms that name its parts and the essential items for the processor to be of quality. By understanding more about processors, you’ll be able to choose the best gaming processor for you.

Knowing some terms from the world of processors is necessary to understand more about them. Get to know the main ones here.

The cores are a part of the processor that acts specifically in the interpretation of instructions received and in the execution of actions by the computer. A processor has several cores and the greater the number of cores the better.

This is because with more cores it is possible to run more cycles and read even more information at the same time.

Threads are the threads of the processors. These lines dictate each of the tasks that the machine can perform at the same time. A computer with only one thread, for example, will only be able to perform one action at a time.

For processors with more threads, it is possible to execute actions at the same time, which makes the gaming PC even faster and more powerful.

The Cache is the name given to an easily accessible memory. This means that cache memory is responsible for storing data in order to facilitate access to it. With this easy access, the cache helps to increase the processing speed.

The cache memory is divided into 3 levels. The L1, L2 and L3 level.

Level L1 is internal memory. This is where the data that is used most often is stored.

The L2 level also stores frequently used data, but its operation is slower.

Finally, the L3 level is the slowest level among the 3, but they are higher, which increases the efficiency of the processor.

The Clock or frequency is largely responsible for the processing speed of the processor. However, it cannot be evaluated alone, since the set with other components can hinder or assist. Its measurement is given in Hertz.

An important point is to understand that each component of the processor is a fundamental part of its proper functioning. All of these components work together. Exactly for that reason, it does not make sense to bet on the improvement of any one of them individually.

Their action happens in groups, and if one of them is much larger than the others, the processor will certainly not work as well, since the other components cannot keep up with the data.

In addition to what we have already mentioned above, processors have also been divided into 3 categories. This division aims to save the user from having to know each of the specifications in-depth and understand exactly which combination is the best for the use that he will make of the processor. Understand the divisions better:

Entry-Level is the classification of the input processors. They are low-cost and cost-effective processors. However, they are not usually the best processors for games, since their processing power is lower.

The general recommendation is that these processors be used for the most basic everyday tasks. Among these tasks are using the internet, processing text files and editing documents.

The Mainstream classification is where the intermediate processors are located. Here we can already find good processors for some games.

It is not yet the classification of the best processor for games, but it may be enough for lighter games that do not require absurd processing.

They are cost-effective processors but you need to be aware if it will really live up to your needs. Remember that a low price may not be worth it if the processor can’t handle your favorite game.

Here we are talking about processors with performance far beyond expectations. The price to pay for them is usually high in financial terms and in energy consumption, but you will have in your hands a computer with unimaginable processing power.

The power consumption of high-end processors is above 95 Watts, which is quite compared to other processors.

Still, it is the favorite choice of most gamers who win games very fast, with high quality of image, sound, in addition to the almost instantaneous responses of the commands.

The cache volume of these processors is 6MB upwards, while their clock reaches more than 3 GHz. It is only important to keep in mind that they often require a specialized motherboard to receive such performance.

What is HTTP 404? - Definition, Consequences, Negatives, And More

ENJOY THE BENEFITS OF ONLINE UniConverter

How to Prevent Doxxing (Useful Tips Against Cyberbullies)

How to Choose a Software Development Company?

How to Become a Systems Engineer

How to Improve Your TV Viewing Experience

How To Boost Your Performance With Engagement Groups on Instagram