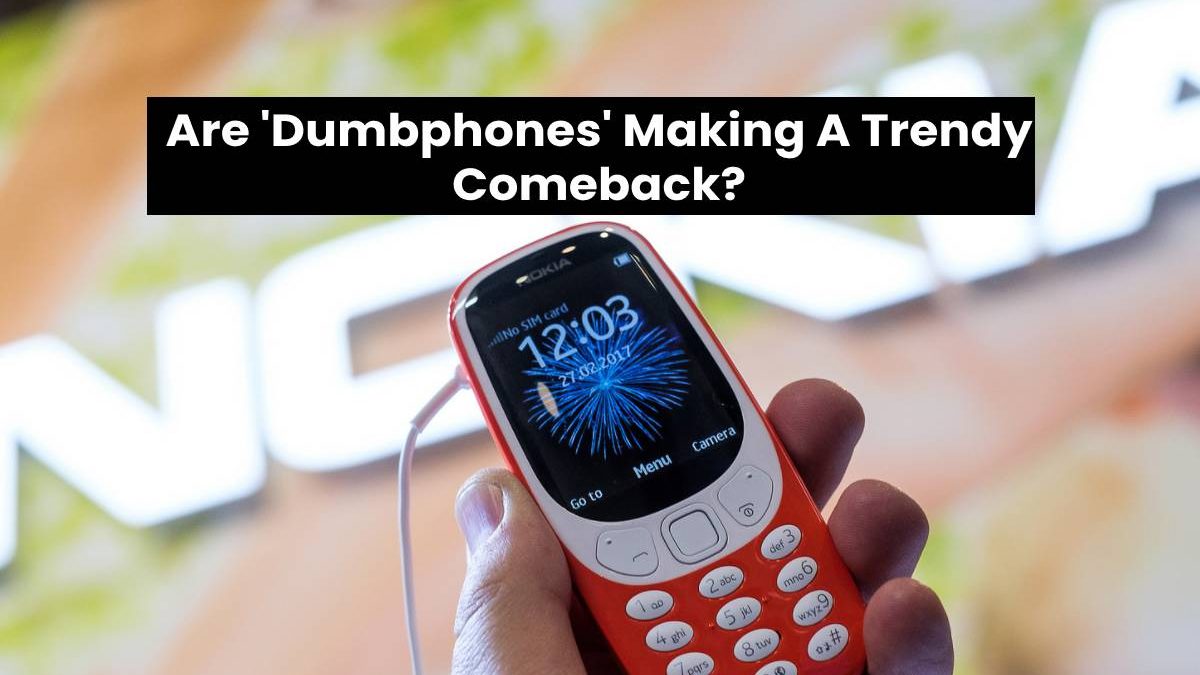 Are ‘Dumbphones’ Making A Trendy Comeback?

Are ‘Dumbphones’ Making A Trendy Comeback

Over the past few years, phone companies have been releasing new types of smartphones at an unprecedented rate, with users getting stuck in between deciding whether they should purchase a more expensive smartphone or not.

In recent years, however, there seems to be a movement away from these types of phones as previously consumers were choosing to purchase smart devices that were bigger and have more features than traditional phones. However, a new trend has seen the market go back in time as consumers are now choosing dumbphones over smartphones.

Why are dumbphones trending again?

Some may consider dumbphones to be outdated and not able to compete with modern smartphones, however that’s where they are wrong. The phones are getting better and some are even more powerful than their smartphone counterparts.

The main reason why dumbphones are becoming popular again is due to the fact that their functions are not as advanced compared to smartphones, allowing users to disconnect from the online world which many are now finding overwhelming and overly time consuming. Many users are finding that smartphones are becoming more of a distraction than an aid and that users can function more efficiently with a dumbphone. This is evident as many students choose to carry around dumbphones to avoid the ‘Always on’ culture.

The second reason for their popularity is because of the price, as previously mentioned dumbphones are much cheaper than smartphones. With the average price of a smart phone being between $200-800, it’s no wonder why people are choosing to buy less expensive basic phones instead. Another reason why they are becoming popular again is thanks to their ease of use compared to smartphones, which may seem daunting for some to use.

What does this mean for the future?

Since the impact of smartphones have been wide and heavy, and thanks to their important role in our everyday lives today, it’s hard to imagine a world where everyone reverts back to dumbphones. And so, it’s hard to say if the new trend will have an impact on smartphone manufacturers. However, consumers may be more inclined to purchase dumbphones instead of smartphones in the future, sparking a revolution in which smartphone companies begin to lose profit as their sales start decreasing. It also means that smartphone companies will have to take note of their products and develop something else if they want to remain relevant in today’s fast paced world.

Will retro electronics make a comeback?

With the rise in popularity of dumbphones it’s possible we may begin to see a comeback for vintage devices such as the iPod, with many consumers saying how happy they are to be able to disconnect from technology and how that is why it is still popular today. We could see the re-emergence of Walkman and mp3 players, making their comeback as the younger generation move into a retro analogue world, disconnected from today’s busy, reliant digital world.

What does this mean for businesses?

For businesses this could potentially lead to an increase in the amount of dumbphones being purchased, this will leave companies with a choice where they can either develop their own dumbphones or stick to their smartphone line.

Technology has rapidly changed over the years creating waves of new and different types of devices. Smartphone users are too distracted by their phones to be safe on the roads, pedestrians and drivers alike have both been found to be distracted while on their smart devices. It seems that now the future of technology is murky, uncertain in the sense that many people are unsure whether they want to carry out more tasks on their phones or less. It’s clear that for some people old technology is better than new and with this being true it seems that dumbphones are here to stay.

How Can You Make Sure You’re Buying the Right Graphics Card for Your Computer?

How Do Business Phone Systems Work and Its Uses in the Current Business Scenario?

A Perfect Guide About Machine Learning For Non-technical People