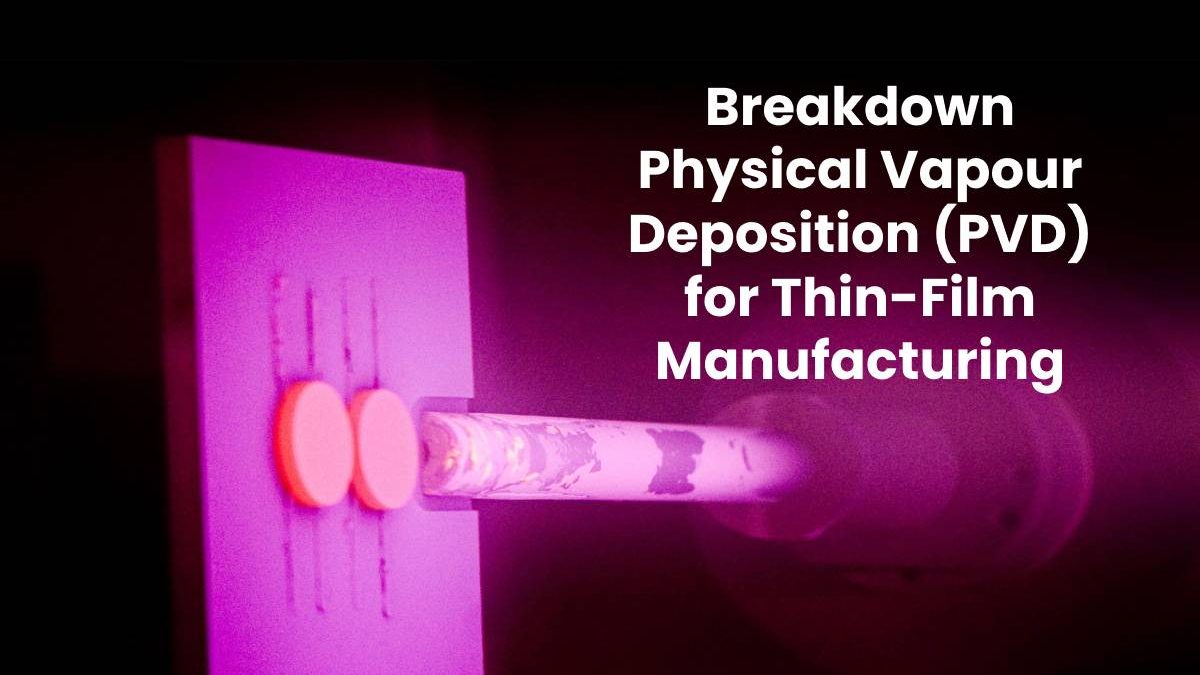 PVD (physical vapour deposition) coating is a type of thin-film deposition technique that vaporises target material in a vacuum chamber and deposits it on a substrate surface. A PVD coating may consist either of pure materials or alloy compositions.

What’s PVD, and How Is It Applied?

Physical vapour deposition methods use two main techniques: thermal evaporation and sputtering. In thermal evaporation, the solid material becomes vaporised as it reaches a boiling point in a vacuum chamber. The vapour stream rises and condenses on the substrate.

In sputtering, the coating material receives a high-energy charge that dislocates atoms and molecules, which then land on the substrate and coat it with an even, precise layer of thin film.

Depending on the processing conditions and coating material, a PVD coating can improve the heat resistance, strength, durability, and performance of many devices across diverse industries. Precise technologies enable near-perfect control of film thickness and purity.

High-adhesion PVD coatings offer many benefits, such as:

Semiconductor thin films are employed in several computer hardware nowadays, being responsible for a great part of the advances in processing power, cloud computing, and more.

As PVD technology continues to evolve, multiple industries are using these methods to achieve higher performance and lower production costs. Very likely, the future of computing will be shaped by thin film technology.

Why do you need AI in your company

5 Ways Tech is Driving Change Amongst Every Industry

Five Ways 5G Will Change Banking As We Know It