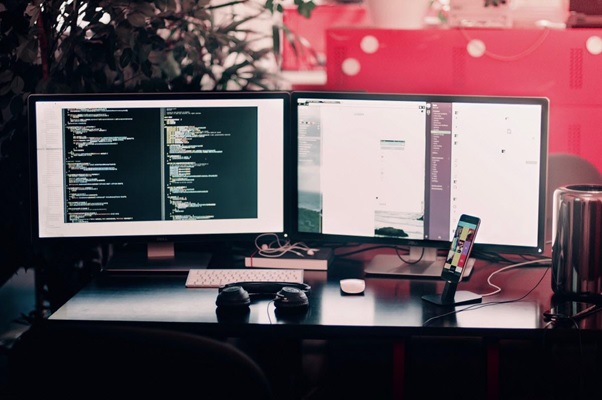 Find out what programs programmers need to speed up development by getting rid of routine.

No matter how cool the developer or dedicated software team are, they will not be able to work without tools. Some of them are part of the basic set, which you can’t do without, while others just speed up the work. In this article, you’ll learn about programs that every programmer needs.

No matter what language you write in, it’s not very convenient to use a regular Notepad. Syntax-backlit text editors are more suitable for this. They design the code so that it can be easily navigated: indentation and operators are indented, commands are painted in some color, and so on.

Some editors also have automatic team selection: you enter the beginning, and the editor substitutes the desired function. This significantly speeds up the development process. Here are the most popular tools among such tools:

A simple modern editor that is great for beginners. It has everything you need, including the ability to connect plugins and advanced configuration. The main drawback is that Atom runs on the basis of Chromium – this allows you to allocate a new process for each tab, but eats RAM. Therefore, you can’t advise developers with weak computers.

A powerful editor with a million plugins, built-in syntax of most languages and the ability to customize your own, as well as other useful functions. The interface is not too friendly, but the speed and functionality are great.

One of the oldest editors. It is configured as you like, and you can work without using a mouse. It’s not very simple, but if you figure it out, you just won’t want to switch to something else.

These programs are free of charge, so they are well suited for both professionals and students.

The main tool of any developer is brain compilers. They are quite compact and suitable for beginners who have just started learning a language, or those who do not need a full-fledged development environment. Console applications are usually created in compilers, but you can work with windows or graphics using libraries.

Each language has several compilers of its own – here are the most popular for C, Java and Pascal:

An ancient but good option for developers in C and C++. It already has many libraries, but you can download and add new ones.

Compiles the code and is included in most JDKs. Interestingly, the compiler for Java is itself written in Java.

Most likely, you used it if you passed Pascal at school or university. The DOS-style graphical interface causes pleasant nostalgia and joy from the fact that you no longer need to write code in a notebook. Unfortunately, it is no longer supported or sold by copyright holders, but you can still find a pirated copy on the Internet.

It is difficult to list all possible options, but it is not necessary – usually in courses or books mentors recommend a specific compiler so that you can concentrate on the code itself. If you are interested in trying different options for real estate software development, ask on the forums what other developers use and why.

Popular open-source IDE that allows you to work with different languages and platforms.

Microsoft development environment designed for C# and ASP.NET. However, it can also work with other languages.

Python development environment that is available for all popular platforms. It’s good because it has everything you need for work, and bad because sometimes it loads very slowly.

The IDE greatly facilitates the work by collecting all the necessary functions in one place. Some of them also allow you to work on projects in a team, upload them to the cloud or port them to other platforms.

If you have to work with interfaces, you can’t do without a graphic editor. It will help you draw a button or open a PSD layout of the page.

It allows you to process a photo for the background or draw an interface element using brushes or vector graphics. You can also open layouts, work with layers, and so on.

Free analogue of Photoshop. It has almost the same but less elaborate functionality. Suitable for those who need a decent editor, but without frills and a paid subscription.

A program for working with images on Linux systems. It has a good set of tools, which is quite enough for the average developer.

There are both simpler and more advanced graphic editors, but these are more than enough for the programmer.

An Overview of Hardware Used in Online Casinos

Scripter (Senstone 2.0): The Next Generation Of Wearables

Techniques to Help You Grow Your Business Using the Internet