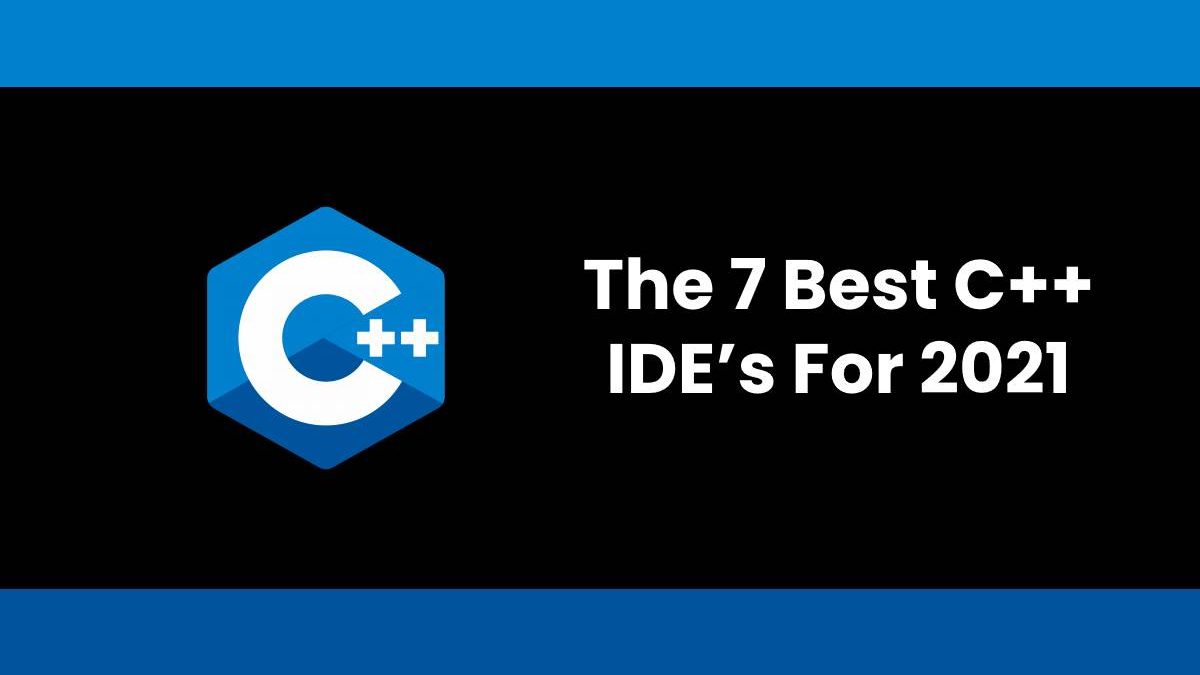 An IDE, or Integrated Development Environment, is software for building software. It provides developers with the interface and the tools to improve development workflows and code quality, cut development and debugging time, and generally raise development productivity. Plugins are normally used to extend the capabilities of a given IDE to support new functionalities or programming languages.

Let’s look at seven of the best free and commercial IDE’s for the C/C++ programming language for 2021.

Besides refactoring, code completion, and a GUI builder, C++Builder comes with a Clang-enhanced compiler with version control integration, a cross-platform debugger, Dinkumware STL, access to the Boost libraries, database management features, and an array of available plugins. It also has IoT support, connectivity for more than 20 databases, and award-winning visual design tools that help you deliver projects 5x faster than competing solutions.

C++Builder also has an HTTP and a REST client library, available on all platforms, to invoke REST services and even specific AWS and Azure components. The RAD Studio’s version of C++Builder comes with the award-winning VCL framework for high-performance native Windows apps and the powerful FireMonkey (FMX) framework for cross-platform UIs using the same code base.

Written in: C++ and Object Pascal

Available on: Windows, with cross-compilers for macOS, iOS and Android.

Visual Studio is available on Windows and macOS. strengths include its cross-platform capabilities with support for several programming languages, a vast array of features, and advanced code completion technology called IntelliSense. Support for CMake, a debugger, and extensive UI design tools combine with a wide choice of extensions, including for C++, to create a powerful system that’s highly popular with developers. There are also large online communities of Visual Studio users, so learning resources and peer-to-peer support are easy to find.

Besides C/C++ and C# Visual Studio also supports languages like JavaScript, Python, and Ruby through plugins.

As a full-featured IDE, Visual Studio comes with a compiler and a debugger that can debug source and machine code. Users also get database integration capability and deployment tools. The Community edition is free. The Professional and Enterprise editions, designed for advanced commercial app development, are paid.

Available on: Windows and Linux

If you are looking for a free, open-source cross-platform IDE for C/C++ development, Code::blocks is a good option to consider.

Code::blocks is written in C++, and comes with auto code completion features, along with compilation, profiling, and debugging. It also has an intuitive drag-and-drop interface for customization, full breakpoints support, and several supported compilers to allow you to work with your preferred compiler.

Code::blocks is available on Windows, Linux and macOS. It has a lively community of users and plugins for extensibility.

CLion is a commercial IDE with a 30-day free trial. It has local and remote support, and code can be compiled on a local machine and compiled on remote servers via SSH.
CLion is available on Windows, macOS, and Linux, and can support additional languages like Python and Swift through plugins. It has a lively and active user community.

Does Not Have: GUI Builder, Profiler, Code Coverage, GUI-Based Design

Written in Java, Eclipse is a free, cross-platform, and open-source IDE, and provides language-specific functionality through a broad range of plugins, supporting more than two dozen languages. The C/C++ edition is known as Eclipse CDT.

Eclipse is popular because it is simple and easy to learn and use. Nevertheless, it does come with all the core features developers need, like code completion and shortcuts, compilers, debuggers, code analysis, refactoring, and profiling. A drag-and-drop interface, code templates, and remorse project management help it stand out.

Eclipse is available on Windows, macOS, and Linux. It also has a lively community of supporters, with learning resources readily available.

Qt is a commercial cross-platform IDE for C++ development that runs on Windows, macOS, and Linux. It’s designed around the goal of building GUI-based cross-platform applications for mobile, desktop, and embedded devices. It also supports Javascript, Python, and other languages.

Qt comes with standard IDE features such as code completion, syntax highlighting, debugging, profiling, refactoring, and compiling, in addition to which it offers an array of design and development tools through the Qt toolkit.

Does not have: Code Coverage

Embarcadero Dev-C++ is a full-featured IDE and code editor for C/C++, a new and improved fork of Bloodshed Dev-C++ and Orwell Dev-C++.

Embarcadero Dev-C++ is built with the latest version of Delphi and is a native Windows application with a very low memory footprint. It can use the Mingw port of GCC, Cygwin, or any other GCC-based compiler.

Which C++ IDE is Best? It Depends

There are more free and commercial IDEs and code editors available for C/C++ development but the IDEs above cover the majority of requirements for building solid applications for several platforms.

The starting point for choosing which of these IDEs is best suited for your needs is to evaluate your situation, your development goals, and project requirements before evaluating their features, capabilities, and alignment with your plan.

Spectrum vs Frontier – Who Provides Better Internet in Tampa, FL?

Difference Between Vulnerability Assessment and Pen Testing in 2020

Buying a New Hard Drive? – 5 Things You Must know

Scripter (Senstone 2.0): The Next Generation Of Wearables

Know the worth of installing a smart thermostat

A Brief Look at the Fourth Industrial Revolution

A Brief Look at the Fourth Industrial Revolution Through the medium of the World Economic Forum (WEF), politicians and corporate…

How Can I Chat to Random Strangers for Free?

What Does A Web Crawler Do?