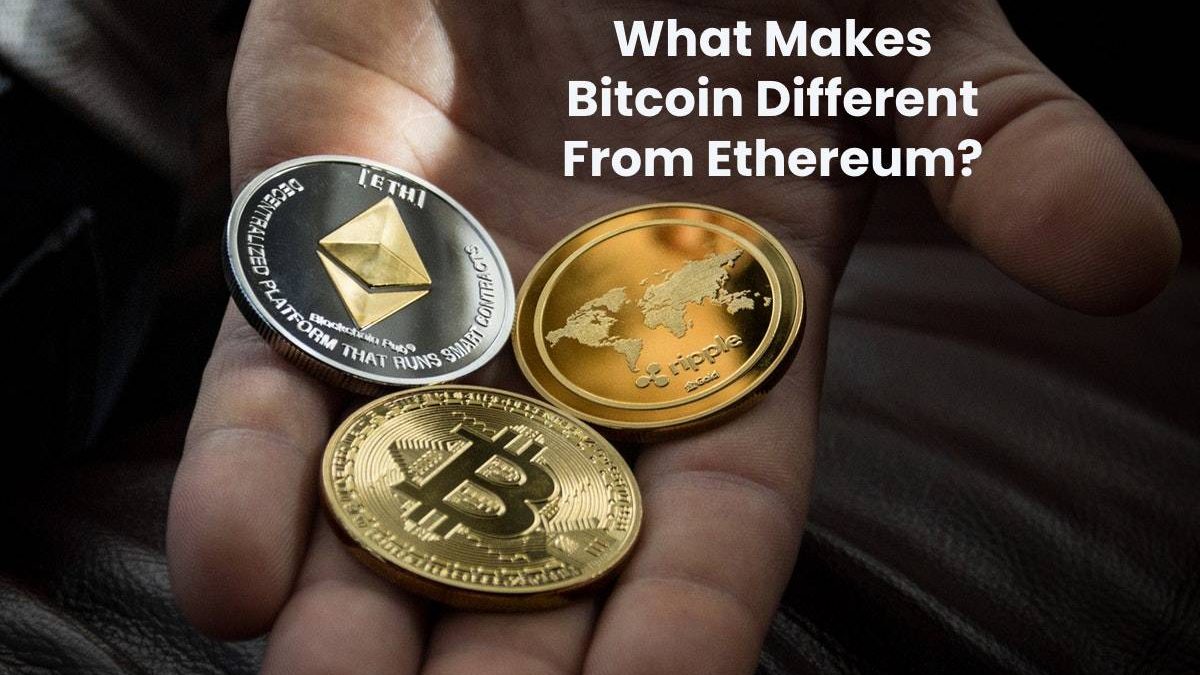 Among the thousands of cryptocurrencies that are in circulation in the market today, some did not take much time to make their mark and are still among the frontrunners of all the digital currencies that exist. The two most popular cryptos in today’s market are bitcoin and Ethereum. Combined, the value of these two coins makes up more than half of the overall market cap of all the cryptocurrencies that exist. That is the power of these top cryptos and the appeal that they continue to create among the investors does not seem to die down.

However, there are a few significant differences among these two currencies that lead to the investors deciding to buy one over the other, sometimes maybe both. Here is how bitcoin is different from Ethereum:

Which cryptocurrency should you choose for investing?

Essentially, the answer to this question is highly subjective as there are several things to consider including the differences mentioned above. Another factor would be risk tolerance. Bitcoin is known to attract more investors owing to the immense growth it has seen since its inception along with the acceptance it has received from larger companies and business tycoons. Being more utility-based, Ethereum supports smart contracts and allows a lot more freedom to the users on the network. If your risk tolerance is low, it would be potent to invest in a more diverse portfolio. Experts suggest that you can invest 5-7% of your overall amount into crypto to start with.

Investing in cryptocurrencies need not be as daunting as you think. Keeping up to date with the new and relevant information along with following the guidance from people in the field would lead you to where you would like to be.

How to Protect Your Cryptocurrency Wallet From Hackers

What is Network Automation?

7 Best Practices to Ensure Cybersecurity For Your Business

The Present and Future of Chatbots in Banking