Home > Entertainment > What is A Play-to-Earn Game? 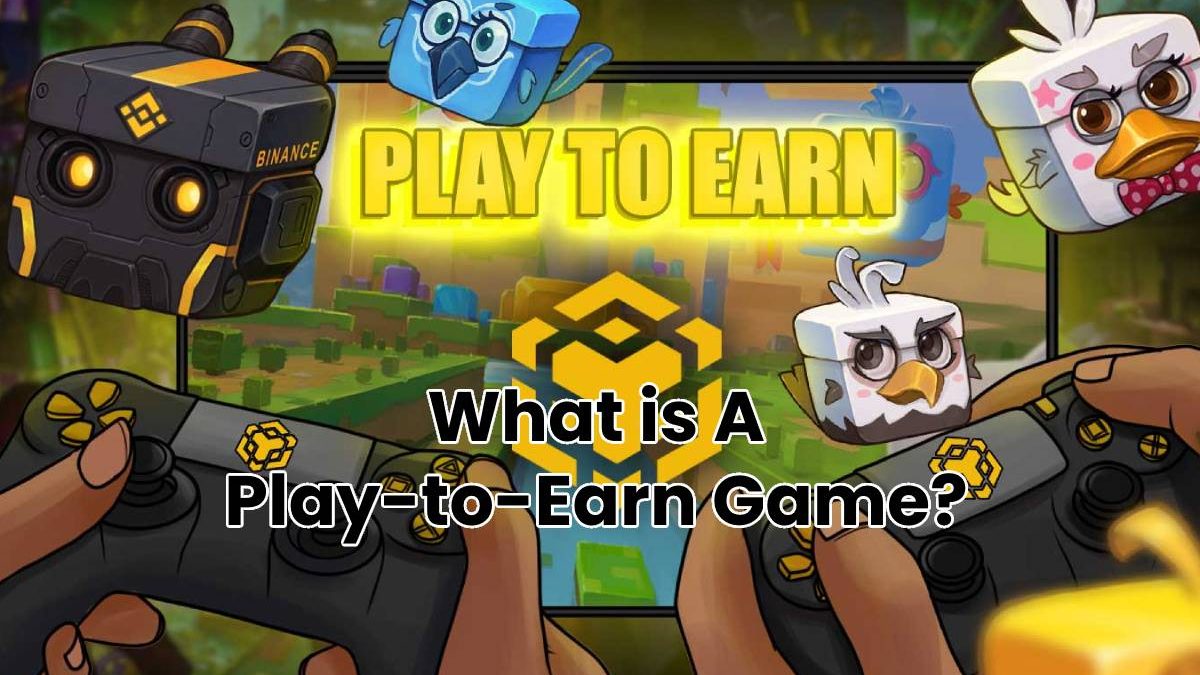 Throughout the first 50 years of home video gaming, games have served as a diversion and a way to unwind after a long day at the office. However, today’s video games reward players with cryptocurrency using blockchain technologies like NFTs.

With the emergence of scholarship programs and academies to assist players in navigating this weird new world, these “play-to-earn” games are already enabling gamers to make a living by playing video games in some nations.

Many gamers have expressed concern over the unwelcome entrance of commerce into the escapism of gaming, while a few have welcomed the introduction of play-to-earn games, stating that they allow users to get incentives for an activity they would have previously conducted for free.

Games that allow players to earn rewards with real-world value are known as “play-to-earn” games. While “gold farming” and unofficial markets have been used for in-game goods for years with the simple goal to make money from playing video games, the development of blockchain technology and NFTs has quite literally changed the rules of the game.

Non-fungible tokens, or NFTs, are cryptographically distinct tokens that can be used to demonstrate ownership of content like music or photographs. Users can acquire ownership of in-game items like virtual clothes or property plots in blockchain games.

NFTs give players the ability to own the unique goods they buy, in contrast to traditional games where in-game things are kept on walled-off data networks and are the property of the companies that made the game. Additionally, unlike ordinary games, you are free to freely sell the NFT once you have acquired it outside of the platform where it was generated.

This implies that NFTs used to represent in-game goods can be bought and sold on any NFT marketplace for fiat money. And because those NFTs have scarcity, they have real-world worth.

Regular games only offer the opportunity to play for sheer fun. You pay for the game, and unless you’re an established streamer or professional esports player, you will never be able to earn money from your gaming time. By comparison, blockchain gaming allows players the possibility to earn real money.

The popularity of the Play-to-Earn Model

The biggest play-to-earn game till now is Axie Infinity, a Pokémon-style monster-battling game launched in 2018 by indie studio Sky Mavis. Players acquire cartoon creatures called Axies, which are represented by NFTs in the game. Each Axie has a different set of skills and weaknesses, and players can explore, engage in combat, and breed their Axies as they go. While Axie Infinity Shard (AXS) tokens are used to cast votes on decisions affecting the game and its future development, Smooth Love Potion (SLP) crypto tokens are awarded to players as rewards for winning battles.

Axie Infinity boasts 2.8 million daily users and a $3.8 billion trading volume, making it one of the most popular play-to-earn games. In some nations, including the Philippines and Indonesia, people even play Axie to support their families. Axie owners can now lend their NFTs to other players thanks to “Axie scholarship” programs like the one provided by Yield Guild Games.

This resulted in numerous play-to-earn alternatives such as move-to-earn (M2E), exercise-to-earn, sleep-to-earn, and sex-to-earn, to name a few. For instance, M2E games require players to move in order to earn money. The user receives more valued incentives the more active they are. Typically, these are tokens that may be used in-game, such as for equipment upgrades or traded for cryptocurrencies or fiat money.

The metaverse, a shared virtual world in which users engage as avatars, meeting up, cooperating — and, of course, playing games — is evolving concurrently with play-to-earn gaming.

Plans for the metaverse significantly incorporate blockchain, cryptocurrencies, and non-fungible tokens (NFTs), with virtual objects and land parcels being represented by NFTs.

NFTs are already entering the shared virtual world thanks to metaverse platforms like The Sandbox, Decentraland, and CryptoVoxels, while well-known corporations like Facebook (which has changed its name to Meta to reflect its ambitions), Adidas, and Samsung have staked out already their territories there.

Live concerts and meet-ups are already happening in the metaverse, despite the fact that it is still in its infancy. The metaverse’s promise of an interoperable environment and NFTs’ ability to allow in-game items to move between metaverse platforms will inevitably lead to gaming, and this could act as a significant motivator for play-to-earn games.

The ability of play to earn, which allows anyone, from anywhere, to make a career just by playing games they enjoy, cannot ultimately be disputed.

What is the Real Potential of Play-to-Earn Games?

Though blockchain technology supporters have been ecstatic to see the video game industry examine it, some gamers have shown resistance to the idea of cryptocurrency entering their world. Unlike enterprise blockchain, which still has a lot of room for improvement, play-to-earn games are offering real potential to their target audience and are ready for everyone to be taking maximum advantage of it.

Gamers expressed their displeasure with the Ubisoft NFT news when it was announced, speculating that this would lead to inferior quality games, on Twitter and other social media sites.

Players may feel that P2E is an extension of the microtransaction style of game development or that there are many barriers to entry. Even while many play-to-earn games are built on well-known blockchains (like Ethereum and Polygon), it isn’t always straightforward to turn them into a more liquid asset. While selling NFTs can take some time, in-game coin values can change drastically.

P2E supporters claim that the technology can legalize gaming as a means of income in a number of contexts, such as the sale of loot that players have laboriously earned in-game. When compared to the challenging process of becoming a professional competitive gamer or streamer, it’s unquestionably one of the easiest methods to make money from gaming.

Regardless of your opinion of P2E, it’s clear that it will have a significant impact on both gaming and cryptocurrency in general. This is also the reason behind the numerous new “have fun while you earn” ideas that keep on emerging, like “move to earn,” “sleep to earn,” and even “sex to earn.” Each game has its unique advantages, but they all have one thing in common: the chance to win money while having fun.

The question is when and how, not if, the next generation of gaming will incorporate NFTs and cryptocurrencies. Many individuals find the idea of making money from their hobbies to be appealing, which inspires developers to create P2E alternatives that will satisfy a variety of tastes.

Review What is A Play-to-Earn Game?. Cancel reply

Is Binge-Watching bad for you?

Creating Your Gaming Server – Is A VPS Good for Gaming?