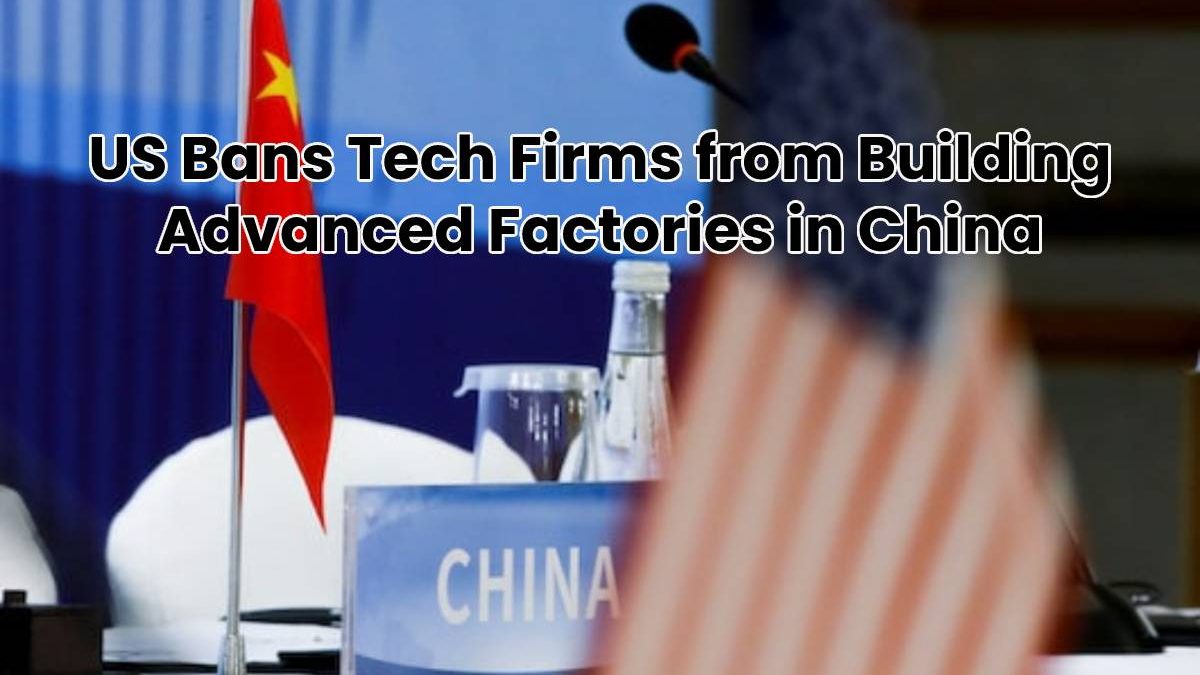 US Bans Tech Firms from Building Advanced Factories in China

A surprise escalation in the current economic and technological cold war behind the US and China was revealed on Wednesday, 7th September 2022. The Biden administration announced that companies who are participating in the recent CHIPS act, which grants financial rewards and incentives to companies for building advanced factories on US soil, will also be prohibited from building similar facilities in the Peoples Republic of China.

Cutting edge computer chips are obviously an essential component in modern technology, but many people do not realize that there is a huge gap in capability around the globe when it comes to producing these components. The most advanced chips in the world today are all built at the TSMC fabrication plants in Taiwan – currently the subject of an intense cold war between China and the United States – and the US is desperate to change this reliance on the Pacific Island nation by any means necessary.

The latest chips have smaller components than previous generations, but also use less power and generate less heat. This makes them cheaper to run, making them perfect for the datacentres which power our cloud computing applications, the best slot sites, streaming services, online games, and more. The latest military technology such as fighter planes also require these super-fast chips to perform at their best, as do electric vehicles from the likes of Tesla. If China ever does attack Taiwan, it is likely that the United States ability to import these chips will be severely limited if not cut off altogether.

The Creating Helpful Incentives to Produce Semiconductors (CHIPS) act is the latest snappily named legislation created by the Biden white house and is intended to rejuvenate the US semiconductor industry by making it more attractive for US firms such as Intel to build new fabrication plants on their home turf. The CHIPS act is so generous, in fact, that even Taiwan’s TSMC is now planning to construct their next cutting-edge fabrication facilities on US soil as well.

The new announcement is effectively an amendment to the act and legislates that companies who are receiving incentives and/or funding as a result of the CHJIPS act cannot simultaneously build leading-edge or advanced technology facilities in China for a period of ten years after they accept the funding from the United States. Existing facilities inside the Peoples Republic of China also cannot be upgraded to meet the latest technological standards under the provisions of the new law.

Before the latest announcement, the US administration had already said that it would not allow recipients of CHIPS funding to participate in “stock buybacks, adding advanced fabs in China, or padding out their bottom line”. The latest announcement clarifies the text regarding China by introducing the 10-year moratorium, although critics have expressed doubts as to how the new rules could be enforced.

There is a worldwide shortage of the latest computer chips at the present time, although the situation is much less acute than it was 12 months ago. Many US manufacturing companies have had to change the specification of their products, or limit the sale of them altogether, because of the current shortage of cutting-edge chips.

The trouble is, ten years is a long time, and whilst most analysts doubt the ability of the Chinese to catch up with Taiwan and the United States in less than a decade, it certainly is not outside the realms of possibility. If China were to create new cutting-edge fabs of its own during the next ten years, the US could find itself in a position where it has a potential new source of the latest chips yet is unable to take advantage of it because of the decisions being made today. If such a thing were to come to pass, it would be just the latest in a long line of own goals for the Biden administration.

How to Jailbreak iOS 16 to install awesome features

Can a Programmer Be Sued for “Bad Code”?

Real Challenges You May Face While Pursuing a Data Science Career