Home > Gadgets > The Most Expensive Skins in the History of CS:GO 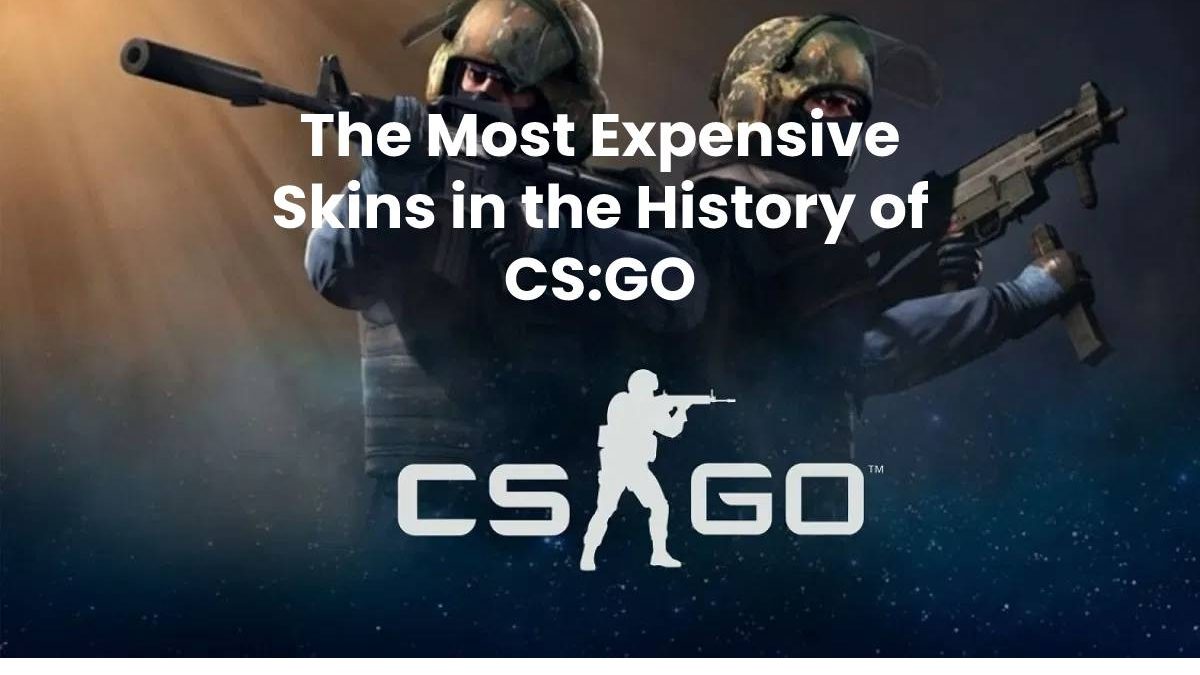 The Most Expensive Skins in the History of CS:GO

The most expensive skins in the history of CS:GO

Everyone knows by now that the potential price of any CS:GO skin should not be underestimated. We’ve seen lucky gamers turn $30 skins into thousands over a few years. So, if we were back in 2013, which one of these skins would be most profitable for you to look out for? Let’s take a closer look.

The most expensive regular CS:GO skins

Here are some of the most expensive Counter-Strike skins that regular players could technically buy, provided that they have just won the lottery or simply have saved up a lot of cash.

This beautiful knife skin was released back in 2013 as part of the Arms Deal update. Its dark red color combined with the ominous black web pattern made it incredibly popular from the get-go. As you can imagine, its price only rose from that point on. Currently, you can acquire this skin for a measly $18,000 – in the Factory New condition, and with the StatTrak™ counter.

The famous contraband skin was released in 2014 only to be re-designed because of a copyright infringement controversy, making it that much more rare and unique. Chances are that even without the controversy, the skin could be similarly popular because of its beautiful design. You can rarely see it in the game, and there’s a good reason for that – the Factory New version will cost you $20,000.

One of the most popular skins for the AK-47, the Fire Serpent, may not be as ostentatious as some of the newer skins you can see in the game, but that hardly affects its price or perceived rarity. It was released in 2013 as part of The Bravo Collection and quickly became known for its beautiful image of a green serpent from the Mayan mythology on the rifle’s body. The StatTrak™ Factory New version can be bought for about $9,000.

Here it is, the legendary dragon skin for the most powerful weapon in the game. It’s really no wonder that the AWP Dragon Lore is known to every CS:GO player – it’s simply an amazing, alluring skin. Combine that with its incredible rarity, and you’ll see why the Souvenir version was once sold for a whopping $61,000.

Similar to the M9, the Karambit certainly looks more unusual and exotic, but is almost equally as rare and pricey. Both of these skins were released at the same time, making the Karambit and the M9 Crimson Web the most expensive knife skins in CS:GO. The M9 is leading the way, but the Karambit is not that far behind it, as you can buy it right now for about $15,000 – in the StatTrak™ Factory New version, that is.

The second most popular skin for the AWP after Dragon Lore, the Medusa is undoubtedly an interesting look, giving the most powerful rifle in the game a dark and ominous vibe. It was released in 2015 as part of The Gods and Monsters Collection. At the moment, you can get it in the Factory New version for about $5,000.

The most expensive, unique CS:GO skins

So far, we’ve looked at skins that are usually available on the marketplace. Now, let us look at unique skins, one-time purchases that have set the records for the most expensive skins ever to be sold and bought in the game’s history.

This variant of the M4A4 Howl adorned with four iBuyPower Katowice 2014 stickers, one of the most expensive stickers in CS:GO, was sold to a Chinese collector for an unbelievable sum of $130,000, making it the second most expensive skin ever sold in Counter-Strike.

Here it is, the most expensive skin to ever be sold in CS:GO. This incredibly rare skin was sold for a record-shattering sum of $150,000 in 2021.

The Future of CS:GO skins

It’s hard to predict what the future holds for the skin market; however, there is no sign that the prices will start to fall. Quite the opposite – the recent hikes in skin prices have been dramatic, making them incredible investments for interested players. Sites such as Skinwallet can even provide significant discounts for potential investors. Seems like a good idea – who knows how high the values of skins will rise?

Review The Most Expensive Skins in the History of CS:GO. Cancel reply

Are You A Gaming Enthusiast? Here Are The Top 10 Laptops For Gaming!