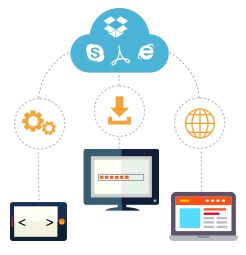 What Is Software Deployment?

However, before software applications reach their intended users, they undergo a process called “software deployment.” But what is deployment in software? What does deploying a computer mean? Do they refer to the same thing?

In general, the meaning of deployment in software (or simply software deployment) refers to all the necessary steps, processes and activities directed toward making a software system or update accessible and usable for users.

The term “software deployment” is typically used in the context of a large network comprising over 20 computers. It refers to the simultaneous remote installation of software on multiple computer units or all computers in a network from one central location, which also undertakes remote monitoring and management.

These days, a lot of IT companies and software developers deploy software updates, patches and new applications using both manual and automated processes. There are two basic software deployment methods, namely:

The application deployment process comprises common activities, which include the release of the software, its installation and activation, uninstallation and deactivation, testing, update, version tracking and performance monitoring. Developers use software deployment tools to ensure they are able to provide seamless updates to their end-users. These tools simplify the process of software distribution and updates, allowing for the automation of tasks and scheduling. In turn, this gives [software] developers ample time to concentrate their efforts on writing code.

It is somewhat different from deploying a computer as the latter relates to setting up the hardware together with the software.

Computer deployment refers to the preparation and setup of a computer unit to ensure it is ready to be used for operations or productive tasks in a live work setting. In computer

deployment, the network administrator makes sure the necessary tools – hardware (computer, keyboard, CPU, mouse, etc.) and software (apps) – are complete and operational before being released to a specific user.

The Importance of Software Deployment

[Software deployment] offers several advantages for businesses and systems that make it a critical aspect of operations and security:

[Deployment] is a critical aspect of utilizing [software] systems for businesses. And since every software system is different from the rest, it’s important for companies to know their needs early on and find the right applications for their business.

How to improve a business IT support processes in a remote work environment?

How Can I Learn Ethical Hacking Online?

What Are The Different Types Of Wallet To Store Your Bitcoin

What Is My Router IP? – Get Access with Tracking the IP Address