Home > Gadgets > Shopping for Headphones? Brush Up on the Basics 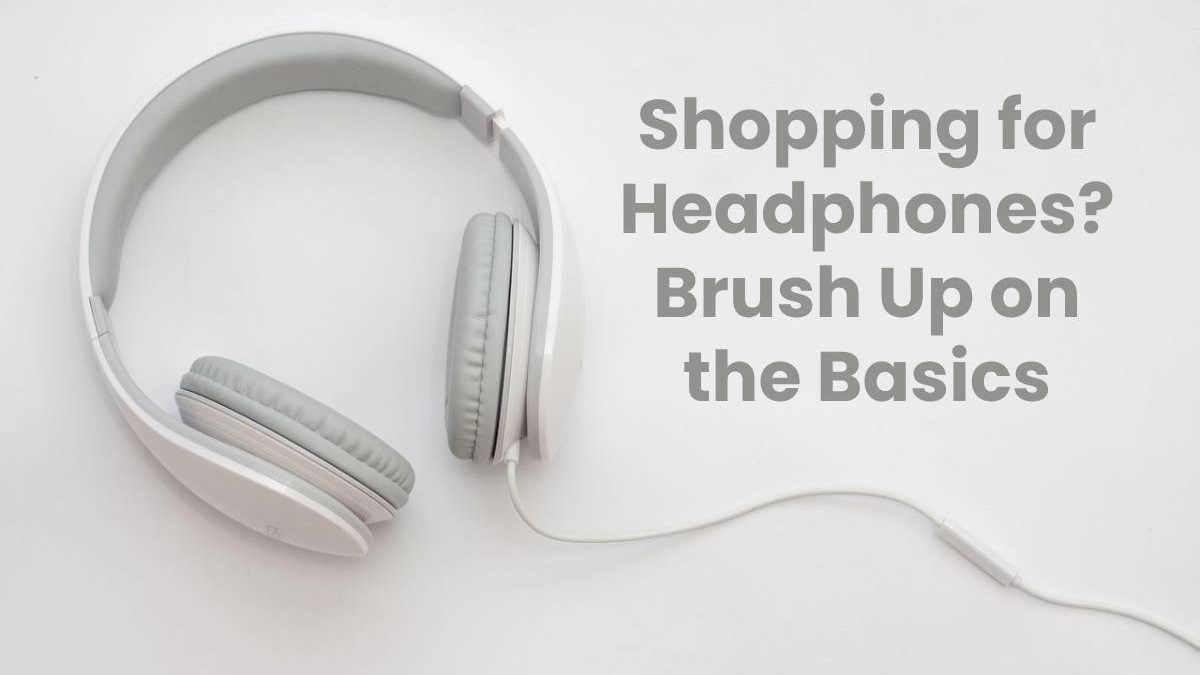 Shopping for Headphones? Brush Up on the Basics

The ear buds packaged with your smartphone have fallen apart. You have a ten hour flight next week and your window seat is next to the wing. You’re sick of being unable to throw shade at your multiplayer rivals. Your mom can no longer sleep through the rough mix of your next big hit bleeding through the bedroom walls. Whatever the reason, the time has come: you need some new headphones.

Buying audio gear poses the same challenge as buying anything in today’s world, especially electronic products: a mountainous, sometimes paralyzing wealth of options. Consumers often rely on price as their sole guide, deciding on the most inexpensive option to save money or the most expensive to maximize quality. The latter is more troublesome, since price is never a guarantee of satisfaction. As a leading electronics and home theatre distributor in Australia, Selby knows headphones. The pros at Selby suggest to get a head start on making the right choice, it’s important to narrow your headphone search to one of three main categories: consumer, gaming, and professional headphones.

Headphones marketed to consumers — and all headphones, really — fall into one of three formats: in-ear, on-ear, and over-ear. In-ear headphones, or earbuds, are usually someone’s first experience with hi-fi audio. They come packaged with most premium smartphones, and otherwise account for the majority of headphones sold due to their low cost. While they’re appealing to most due to their small size and relative affordability, even the best earbuds won’t be able to deliver the rich, full audio heard with on-ear and over-ear headphones. These are lovingly called cans, a reference to the old school string-and-can telephone, and they’ve made a comeback in recent years.

Over-ear headphones, which completely surround the outer ear, offer the most immersive listening experiences available in consumer audio products at the cost of bulk and weight. Many of the most well regarded and coveted consumer headphones are over-ear cans featuring noise cancellation; of course, this comes at an added cost. If you’re not someone who frequents noisy environments like planes, you’ll likely get just as much satisfaction from cans that prioritize audio quality and comfort over premium features like noise cancellation. Compared to over-ear headphones, on-ear headphones cover less of the outer ear, exchanging some audio depth for a leaner appearance and more stylistic possibilities.

We mentioned bluetooth before, and this technology is nothing new, but headphones with bluetooth capabilities are increasingly common, especially now that smartphone manufacturers like Apple, Google, and Samsung have made bluetooth earbuds a consumer standard. When you’re looking for bluetooth over-ear or on-ear headphones, try to find a pair with an optional 3.5mm cable, just in case you find yourself in need of a hard connection. Bluetooth headphones are active, meaning they require electricity to make sound, but some bluetooth headphones will still function passively with a drained battery if a cable connection is used.

From a technical perspective, gaming headphones — or headsets, as they’re usually called — don’t differ much from consumer grade over-ear headphones. In fact, gaming headsets are functionally a subset of consumer headphones, with their chief distinguishing feature being the inclusion of a microphone. While it is extremely common to find wired earbuds with built-in microphones for use with smartphones, over-ear headphones with mics are almost always marketed toward gamers and, more often than not, styled to match the aesthetics typical of gaming accessories.

Choose the Connectivity for Audio Performance

Gaming headsets are designed to deliver immersive audio that does video game soundtracks, sound effects, and vocal performances justice, while allowing gamers to communicate with each other when playing online. Because the audio signal path goes two ways, the types of connections used in gaming headsets are more diverse. Three-ring TRS connections like those found on mic’d earbuds, separate TRS connections for headphones and mic, USB, and bluetooth connections are all used by gaming headsets. Some users may be plugging their headset directly into their PC, and some may be couch gamers using controllers that require a small TRS plug. Because of this, a quality gaming headset should have at least two connectivity options to maximize hardware applications. Gamers should keep in mind that bluetooth may introduce unwanted audio latency that interferes with gameplay.

Comfort and Function over Style

Because they’re meant for professional settings and frequent, sometimes rough use, most studio headphones follow a function-over-form design philosophy, prioritizing comfort and clarity over appearances. Studio headphones usually have unpretentious looks and ample cushioning to avoid ear fatigue, are heavier than consumer headphones, and are sometimes constructed with long term maintenance in mind, such as replaceable cables and cushions. The industry standard connection for studio grade cans is the ¼” stereo TRS, similar in design to guitar cables, though many will ship with a 3.5mm tip and ¼” adapter.

In addition to studio cans, in-ear monitors are often used by drummers, singers, and other recording artists who want to avoid microphones picking up their monitor feed or want something a little more low-profile than large headphones. These professional earbuds often cut out the low frequencies of the audio signal for clarity in recording situations, making them less than ideal for consumer use; still, the attractive modular designs of some in-ear monitors, coupled with their overall audio performance, have inspired their use as consumer earbud alternatives.

Review Shopping for Headphones? Brush Up on the Basics. Cancel reply

Cybersecurity, AI, and Your Personal Information: The Importance of Digital Protection and Verification

4 Ways AI Will Change Games in the Future

The Top 6 Best Video Compressors For 2020

The Most Expensive Skins in the History of CS:GO