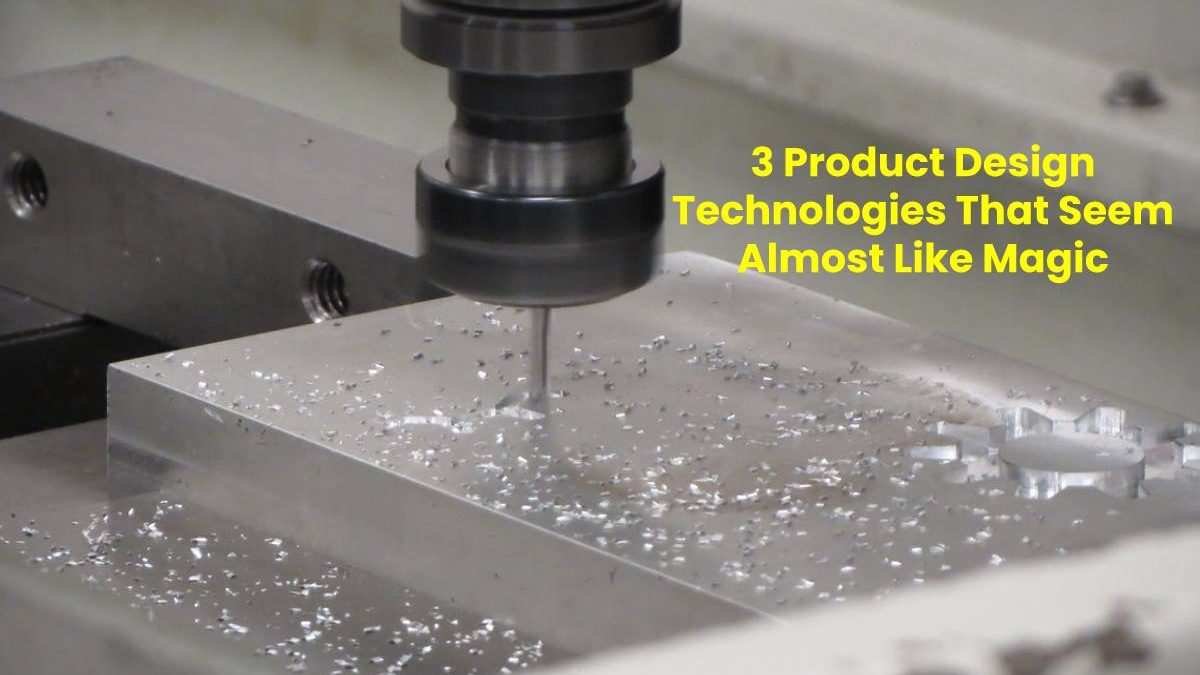 It can be tempting to look around at any given time and determine that our one-time view of “future” technology never came to fruition. We don’t have flying cars, we haven’t colonized Mars yet, and so on…. While it can be true regarding some of those big ideas though, this mode of thinking is also a result of how quickly we get used to the technological advances we do enjoy. Sometimes, when you really stop and think about a given technology that’s recently emerged, it can seem almost like magic.

This is certainly the case with some of the machines and methods that have emerged in recent years with regard to product design and manufacturing. Indeed, when you really consider some of the capabilities we have in these areas today, it can certainly feel like the “future” has finally arrived.

As incredible as 3D printing is, a lot of people still view it in a fairly limited way. Most of the demonstrations and examples we saw when the technology was first emerging revolved around small models, figurines, and the like; in a way, it was all presented as a just-for-fun technology, rather than one with jaw-dropping capabilities.

By now, though, we’ve come to recognize 3D printing for its vast (and expanding) capabilities in product design. It can be used to produce entire lines of artistic pieces to be sold directly to consumers; it’s been behind new style accessories and fitness equipment; recently, a market has even emerged for 3D-printed medical devices, with MarketWatch having noted that as of 2018, the FDA has approved more than 100 medical devices that involve 3D printing. At this point, the list of potential products – some on the consumer level, and some within industries – seems just about endless.

Some might actually confuse CNC machining with 3D printing, and it’s true that they share similarities. In fact, CNC machinery can even be at the core of 3D printing mechanisms. The difference, though, is that CNC (computer numerical control) is primarily used to shape existing material according to coded instructions, whereas 3D printing crafts product from scratch.

Furthermore, there are a few different types of CNC machining that can be used for different purposes. Fictiv points to 3-and 5-axis CNC milling and CNC turning as variations of the process, with each one being capable of shaping hard material to exact specifications. Turning effectively functions like a lathe, such that material is held still in a mechanism that turns it against a cutting instrument. Milling, meanwhile, is a more involved version of CNC machining by which a series of instruments move about to cut and shape material.

At this point, CNC machining is primarily used for the design of prototypes, allowing designs to be crafted to perfection before wider manufacturing begins. In some cases, ini fact, a CNC-designed prototype can actually go on to serve as a foundation for a 3D-printed product line.

Recently, we included the Lenovo Mirage cordless VR experience among suggested gadgets to bring happiness to your boring life. And it’s certainly the case that virtual reality, to date, has been primarily associated with entertainment. However, there are also numerous other applications of the technology that have become popular, and design is among them.

Essentially, virtual reality quite literally adds another dimension to the concept of digital design. Whether one is making a small model for a consumer product or designing a skyscraper, VR can facilitate a hands-on approach right down to the smallest details. In some cases this can simply lead to a better version of a digital rendering. In others, however, it can be combined with the technologies mentioned above to lead straight to real-world products. In theory, one can design a product virtually, use its dimensions and specifications to instruct a CNC machine, and then turn the resulting prototype into the basis for a 3D printing production effort.

These technologies truly would have seemed nothing short of futuristic just a handful of years ago. Even now, as they begin to revolutionize design and production processes, they seem almost magical when you really think about them.

What is Pharming? - Definition, Protection, and More

What is Cyberterrorism? - Definition, Forms, and More

Top Software Options for Business in 2020