Home > Others > Overwatch 2 Is Changing: Some of the Basic Modifications in the Upcoming Game 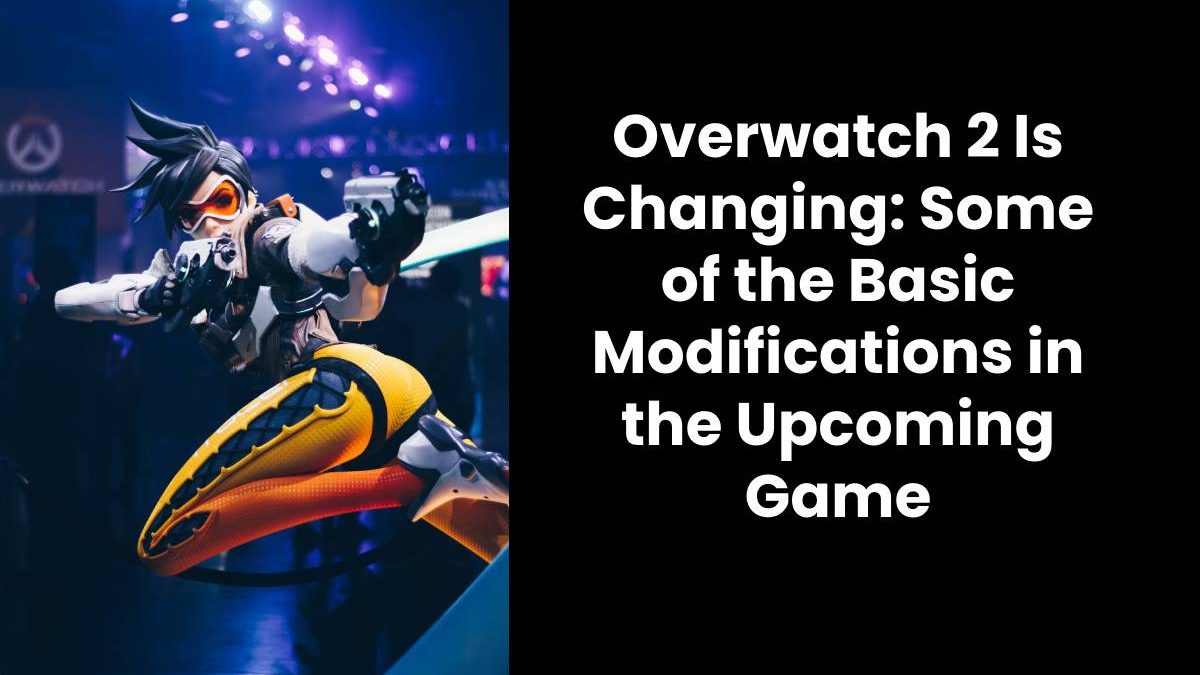 Overwatch 2 Is Changing: Some of the Basic Modifications in the Upcoming Game

If you have been following the news related to Overwatch, you are well aware of Overwatch 2 will be playable with no charge and will include a new hero. According to verifiable information, the launch date is on October 4 for PC and a variety of other platforms. Hopefully, it will be integrated into the version that is included in eSports competitions and betting sites here.

We got the chance to play the game during the beta period, and it is safe to assume it will be fascinating. Although some gamers refer to the game as “Overwatch 1.5” since it appears to be very similar to the old one, this is not the situation. We now have access to new maps and we tell you that certain heroes have new capabilities and missions.

Although covering everything in one post may be difficult, we will do our best to present you with all the resources you require. Bear in mind that once the game is released, there may be some extra adjustments. After all, we still have a few months before it happens.

The fact that DPS characters will be more rapid is among the first things you should know about Overwatch 2. Unless Blizzard makes a modification, every hero in this category should receive an increase of 10% in movement speed. This enables them to act more quickly and aggressively when necessary.

Certainly, Overwatch 2 cannot just give DPS characters bonuses because that would encourage everyone to play them. That is why Blizzard included a fantastic passive healing skill for healers that permits them to recover for 15 HP per second if they have not taken any damage in the previous two seconds. Some supporters will struggle to gain from this, yet heroes such as Ana will seem even more powerful as a result.

Last but not less importantly, tanks must be mentioned. Regardless of whether you choose D.Va, Rein, or whomever, every hero should have a knockback resistance of 30%. Furthermore, if these heroes are damaged, they will supply the enemy’s DPS and support less ultimate charge by 50%. The goal is to keep some heroes from using tanks to farm their ults.

Bastion Is One of the Heroes with Loads of Changes

Overwatch 2 will feature new abilities for several of the heroes. There are a few major modifications, one of which is relevant to Bastion. He is an important character for novice Overwatch fans, although not being the greatest hero for the star players. Blizzard appears to be dissatisfied with Bastion’s current situation and the fact that he is not prominent in all brackets. As a result, Bastion in Overwatch 2 boasts a slew of new abilities.

To begin with, Ironclad is no more a player in the game. This was Bastion’s passive ability, however, it was removed by Blizzard. Self-Repair and Configuration: Sentry and Tank are the same. “Configuration: Assault”, one of Bastion’s new abilities, allows him to transform into a tank. After that, he can only move at 35% of his normal speed and do 35% less damage. This ability currently has a cooldown of 12 seconds and a duration of 6 seconds.

The A-36 Tactical Grenade is Bastion’s second new ability, and it allows him to deliver 130 damage. The ability has a minor knockback and can rebound off walls when utilized. When it comes to Bastion’s ultimate, they have a feature called Artillery. When activated, he can shoot three 200-damage rounds against a single target. As a result, his ult is one of the most effective weapons at killing a specific target.

Doomfist Has a Role of a Tank Now

Besides Bastion, who has a slew of new skills, Doomfist is also worth mentioning. This is one of the Overwatch characters who is known for his one-shooting powers. A competent player with Doomfist can make a huge impact in OW 2, and it appears that this will be the case again. Doomfist is no more a DPS as a result of this. He was, to be fair, one of several tankiest DPS heroes in OW, and he was frequently employed as an off-tank. This most likely influenced Blizzard’s decision to promote him to the tank.

Doomfist now has 450 HP instead of 250 because he has to absorb a lot of damage. He also no longer possesses his Rising Uppercut, which allowed him to flee trouble and land kills when the opportunity arose. Doomfist’s Rocket Punch can now deliver up to 30 damage, while the Wall Slam can now deal up to 40. To put it another way, he should not be able to land as many fatalities as he did previously. Seismic Slam and his ult, in addition to the ability described above, are unique. The first of his abilities allows him to propel himself into the air and then generate a shockwave when he lands. The latter deals 50 damage while also slowing the enemy’s range of motion by 30%. Meteor Strike, on the other hand, deals somewhat less damage and instead of knocking opponents back, slows them down by 50% for 2 seconds.

Doomfist also has a new Power Block ability. It allows him to block 90% of all incoming damage, as the name implies. Moreover, sustaining over 100 damage increases his Rocket Punch’s damage by 50%, increases its speed and range by 50%, and gives him a 1-second stun.

Orisa Is Potentially One of the Most Powerful Heroes

Orisa is the final hero we would want to discuss in this post. She, like Doomfirst and Bastion, has a slew of new skills. They appear to be planning to turn her into an attacking machine capable of destroying a large number of adversaries, rather than a tank that absorbs a lot of damage.

Orisa will not have Protective Barrier, Halt! or Supercharger in Overwatch 2. Her inherent armor is up to 25 and her HP is likewise 250, which is fortunate. The first of Orisa’s new abilities is Augmented Fusion Driver, which fires a massive projectile that shrinks as it travels. This is one of her damage sources, and it makes use of the overheat mechanic. This means that if she uses it too many times, it will become unavailable for three seconds.

Orisa’s access to extra ability in OW 2, Fortify, is granted. It will supply her with 120 Overhealth and will slow down her movement by 20%. Furthermore, the Augmented Fusion Driver’s overheating problem will be reduced by 50%.

Energy Javelin is another intriguing talent that can aid Orisa. She tosses a Javelin that causes 80 damage, knocks the enemies back, and has a 0.2s buildup when used. If Orisa gets somebody with Javelin and the victim hits a wall, the target will take an extra 40 damage and be stunned for an additional 0.3 seconds. Javelin Spin is a skill that she utilizes to rotate this weaponry for 1.75 seconds, as the name implies. Orisa obtains a 60% mobility speed boost and destroys the enemy’s projectiles during this period. In addition to doing 90 damage, this ability also pushes foes.

Finally, Orisa possesses the Terra Surge ability. She can use this ultimate to draw foes close and Fortify them. Depending on the duration, this provides AoE harm for 4 seconds and up to 225 damage. Terra Surge treats with low DoT and slows the enemy’s range of motion by 30% while it is active.

Review Overwatch 2 Is Changing: Some of the Basic Modifications in the Upcoming Game. Cancel reply

How to make a website without any programming skills? Use these 5 tools!

The Appeal of Virtual Pokies in New Zealand

Shazam Khan, 2 weeks ago
Others

Shazam Khan, 2 weeks ago
Others

Shazam Khan, 6 days ago
Others

Shazam Khan, 3 weeks ago
Others

Shazam Khan, 3 weeks ago
Others