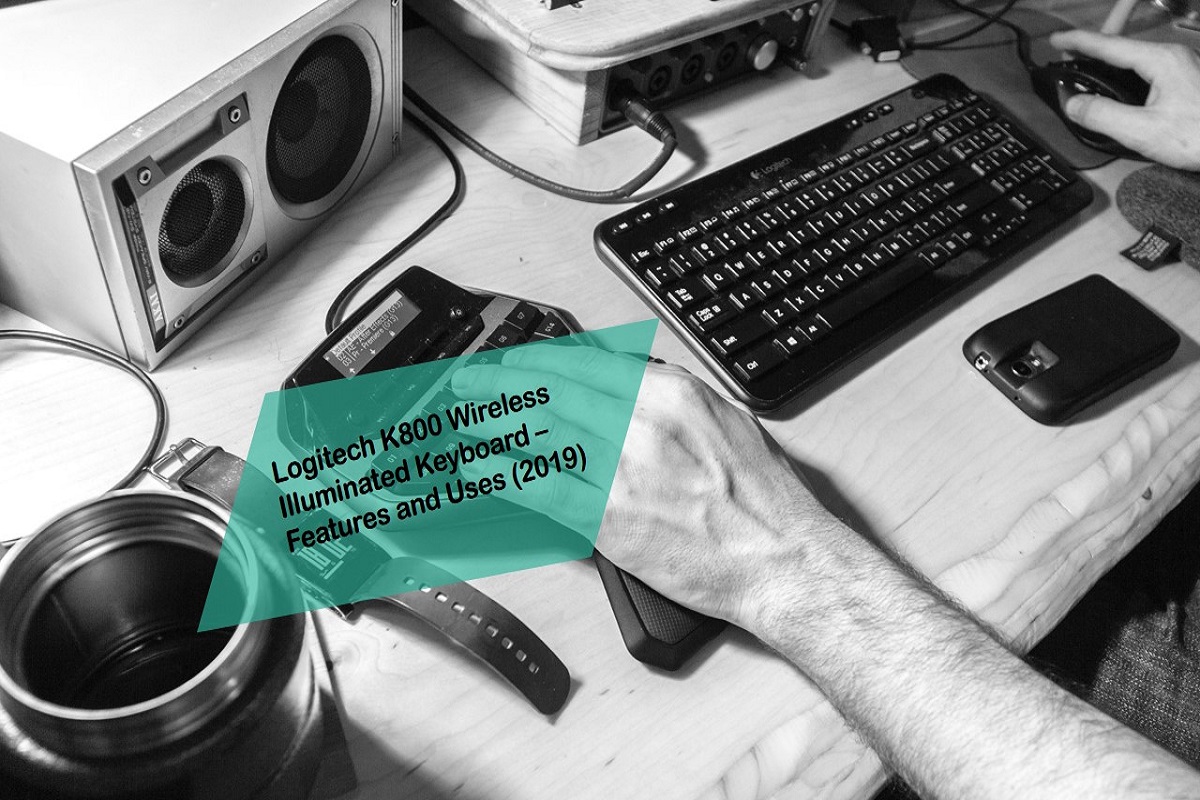 The backlit keyboards arrived almost as an eccentricity of molding enthusiasts. But its usefulness is undeniable and few users who have tried one go back to a conventional keyboard. Until recently, the back-lighting involved an extra expenditure of energy that forced the device to use a cable to take USB power.

Logitech has broken this trend with the Logitech Keyboard K800. A wireless keyboard that uses rechargeable batteries to control the light of the keys.

Chosen peripheral of 2019 in the last ComputerTechReviews awards, the K800 deserves the award for many reasons. Let’s take a walk in-depth for its characteristics and the experiences we have had when using it. 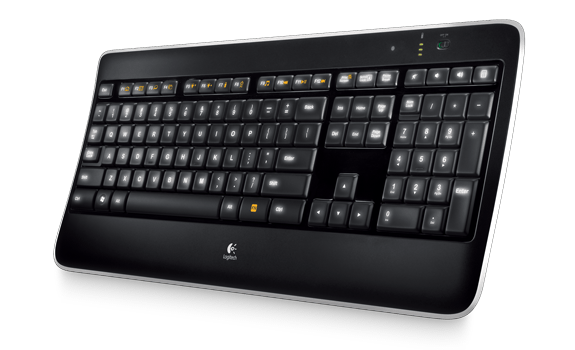 The Logitech K800 does not share the spectacularity of other backlit models of the Swiss company such as G19 or G510. On the contrary, it is a minimalist keyboard in its design.

The case is made of matte black plastic, which does not catch any trace of fingerprints, and is topped with some details in white and relief of crystalline plastic of inspiration, very similar to maquera.

With a standard 102-key format, the Logitech K800 is specifically designed for Windows. Although it retains almost all of its functions on the Mac, including the Exposé and Dashboard applications that, however, do not have a dedicated key like on the Apple keyboard.

Neither is the function commands related to opening applications or managing the media player. But it is a small price if we consider the quality of the K800.

Physically, the Logitech K800 is quite flattened, both in the height of the base and in the own keys. The retractable legs do not raise it much either. This section is a matter of taste but, as far as I am concerned, the keys of the K800 are perfect.

Its dimensions, concave finish, and the PerfectStroke technology of the Swiss company makes it practically impossible to eat letters typing at full speed. In addition to the excellent response, they are among the quietest we have seen.

Little more to say from the outside. The design has been designed to be able to stand up in case we need the table for other activities. The supports are finished with non-slip rubber and, in general, the quality of the finishes is excellent. 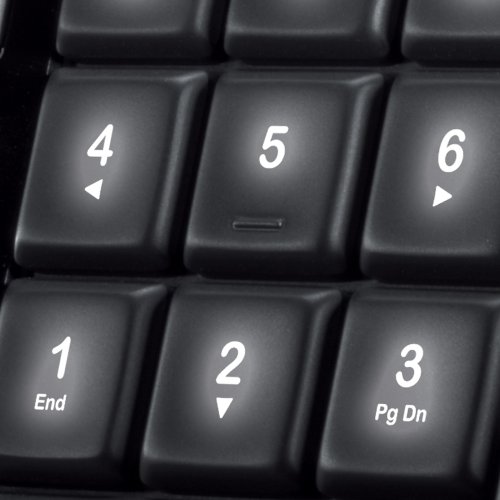 The above image shows you, how to distinguish when the keyboard is backlit and when it is not. The reason is that Logitech has restricted lighting only to characters, which glow white when activated. You have to raise the backlight level almost to the maximum to distinguish a soft white glow under the keys. In the dark, the characters separated clearly, and their right size helps not to get lost.

The keyboard illumination should not stay on continuously, otherwise, it can reduce the battery. The keyboard has a proximity sensor that illuminates the keys the moment we put our hands together. The sensitivity of this sensor is very well calibrated, and the lighting is immediate.

The only point to improve, to mention some, is that the lighting is turned off very quickly when removing the hands and this feature cannot be configured, which forces us to bring them closer so that it is illuminated and we can distinguish some keys from others. It is not a failure to take into account, and the duration of the batteries is grateful that we can not mess with this feature.

The Logitech K800 can connect to the PC through the usual USB receiver Logitech Unifying Receiver, which is small and does not need to install any driver to work. The wireless link between the keyboard and receiver is at 2.4GHz. We have not experienced any interference problem with other devices or Wi-Fi networks, and there is no definite lag between the pressing of a key and its response on the screen.

According to Logitech, the K800’s batteries last around ten days. At ComputerTechReviews we have reached this period with a medium back-light level and intensive use. And we have not yet managed to exhaust them. The remaining battery level is shown by an LED that activates with a specific function key (again, to save battery) or when it is about to run out.

Although it is criticized for the short duration of the batteries, the truth is that autonomy seems a very slight problem. The battery is charged using a standard USB – MicroUSB cable. And we can continue to use the device during the charging process.

If we turn it off, in just three hours we have it fully loaded. The off button also allows you not to consume power in standby mode if you do not use it for a long time.

Logitech has not offered information on how many battery charging cycles, but remove a screw and open the compartment that houses them to verify that it is two regular rechargeable AA batteries.

If we come to torture them as much as to have to change them, the process will only cost us a few dollars.

Even if you have to recharge the batteries every 10 or 15 days. K800 is irreplaceable if you want a keyboard to use. For example, with a living room PC from the sofa and in low light.

It is also perfect as a regular keyboard. And only the most stubborn players may prefer more specific equipment for their needs.

The Logitech K800 costs 63.99 dollars. And it is true that its price is higher than other versions with a cable or other brands. Logitech has never been a low-cost brand, but in the case of the K800, we think it’s worth the outlay. It is recommended.