Home > Technology > Is It Safe to Setup a Free VPN? 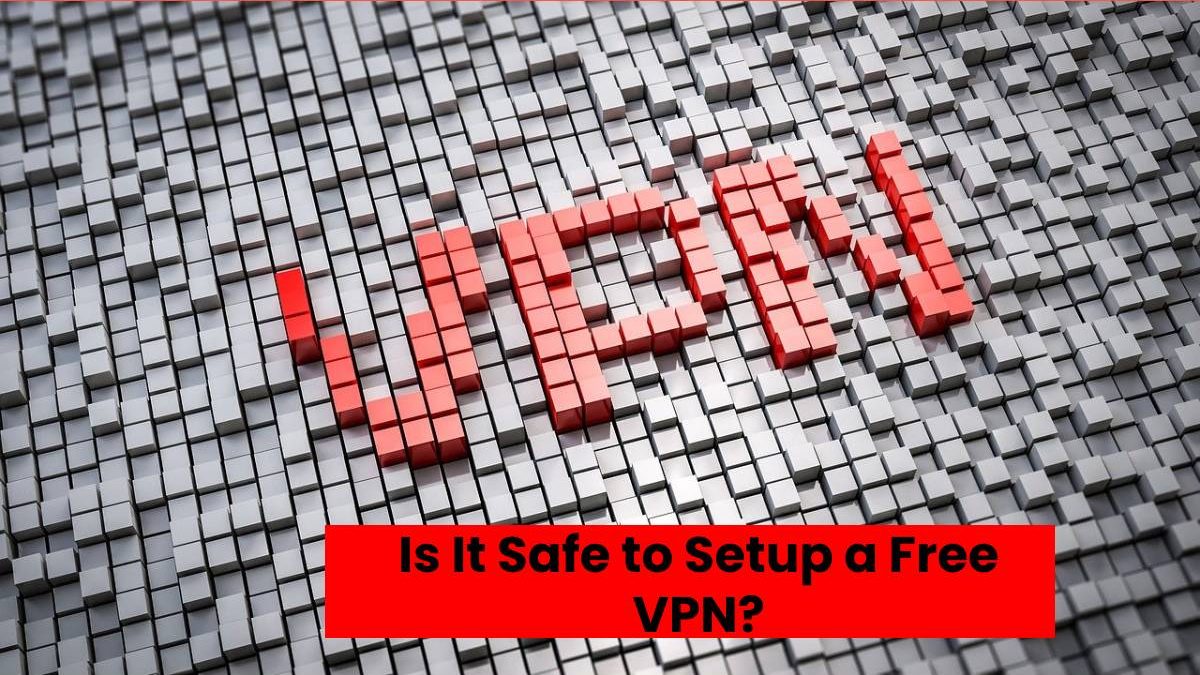 Is It Safe to Setup a Free VPN?

Is It Safe to Setup a Free VPN?

In today’s world cyber crimes are on such a rise that it is an absolute necessity for all of us to know how to maintain our online privacy. VPNs play a vital role in this, staying online for extended hours has become a need for almost everyone and so often we find ourselves logging onto public WIFI such as hotel lobbies, restaurants, cafes and libraries. However, if we know how to use a service like a VPN while surfing the internet, the risk of our online activity being exposed decreases significantly.

When using a VPN our IP address is hidden from institutions that might be trying to pry on other people’s online activity, such as renowned companies, hackers or government agencies. Moreover, VPN distributors use data encryption to distort your searches making it nearly impossible for others to track your searches.

VPN companies are also running a business and more than morals they often care about profits. This means that certain VPN companies, if nudged by government agencies, are not above sharing data they have acquired. This again will put your virtual privacy at risk. To avoid such unfortunate circumstances, use a reputable and trustworthy VPN service. A good way to identify trustworthy VPNs is to opt for one that doesn’t track your online activity.

There are many VPN services out there that let you use VPN for free, it’s always nice to cut on the cost wherever the opportunity presents itself but is it safe?

All VPNs Aren’t the Same

In 2016 a study was carried out by CSIRO that revealed that 67 percent out of 283 Android VPN apps did not provide complete virtual privacy. There were tracking libraries in the codes which were used to track the online activity of the people using the VPN. There is no other logical explanation of this except that the VPN companies had plans of selling this data to companies for marketing reasons.

The findings also revealed that 84 per cent of the apps that were analyzed did not efficiently encrypt user data. Consequently, it will be a lot easier for prying eyes to gain insight of what the users’ online activity is.

Since this whole ordeal is about making money by selling personal information, free VPNs become suspicious to use, because why else would someone offer free service unless they are gaining profits in some other way. Proof of free VPNs unreliability was also given in the study as only 28 percent of free VPN services were not tracking user activity online.

Paid VPNs, in a sense, have more responsibility towards their customers and also more funds to spend on strong encryption, making it a safer option for VPN users.

What to know about using a free VPN?

Advertising is the major source of income for VPN providers trying to make some extra cash. This is why a majority of malware is connected to advertising. Free VPNs are more likely to go for this money-making tactic as compared to paid VPNs as the paid ones don’t rely solely on advertising for profits. Out of 10, 6 VPNs that consisted of malware were free VPNs- according to the study by CSIRO.

To talk about the tracking issue, we will circle back to the study by CSIRO according to which only 28 percent of the free VPNs refrained from using trackers for monetary gain. The rest of the statistics were 10 per cent free VPNs that used one tracker, 10 percent that used two trackers and 25 per cent used three trackers.

VPNs aren’t only used for privacy protection they are also used for unblocking content. For instance, people in the US might want to watch some Netflix shows that only airs on Netflix UK so through VPN they can access the UK Netflix by manipulating the internet through a UK local IP address.

This service is often not offered by free VPNs and so to gain this additional perk you might want to get a paid VPN service.

4. Free VPNs will surely slow down your connection

Another money-making tactic used by free VPN providers is that they offer premium services, one of the perks listed in these “premium” packages is that they provide better internet speed. You might feel your internet slowing down and that might be the VPN providers doing as they want to encourage clients to opt for paid versions of the service.

As we all know advertising is the gold mine for free VPNs pop-up ads were kind of expected at this point. Free VPNs bombard the users with endless pop-up ads and this is not only irritating to tolerate but also slows your internet connection.

As if that wasn’t enough in itself ad-serving trackers on these VPNs thoroughly track your searches online.

Hotspot Shield, a VPN provider hijacked the browsers of its users and redirected them to websites without their consent, this is highly illegal and action was taken against the company, but other free VPNs are not above doing the same.

VPN company owners are no saints and how seriously they take concealing the data they acquired depends highly on the laws of the country the VPN company is situated in. In China, VPNs are banned so if there are any VPNs available there it is highly likely that the government has complete control over them.

All this is sufficient for you to realize that your best bet to actually achieving online privacy is through a paid VPN service that is also reputable and trustworthy.

Review Is It Safe to Setup a Free VPN?. Cancel reply

3D Product Modeling: How It Can Take Your Marketing to the Next Level

Is The Gen Really Set To Embrace AR?

5 Things You Must Not Do as a Startup

Get Data Science Certification And Become The Expert

Why SMEs should adopt HR Management Software in 2021?

Understanding the Difference between API and SDK