Home > Technology > How vehicles are becoming computers on wheels 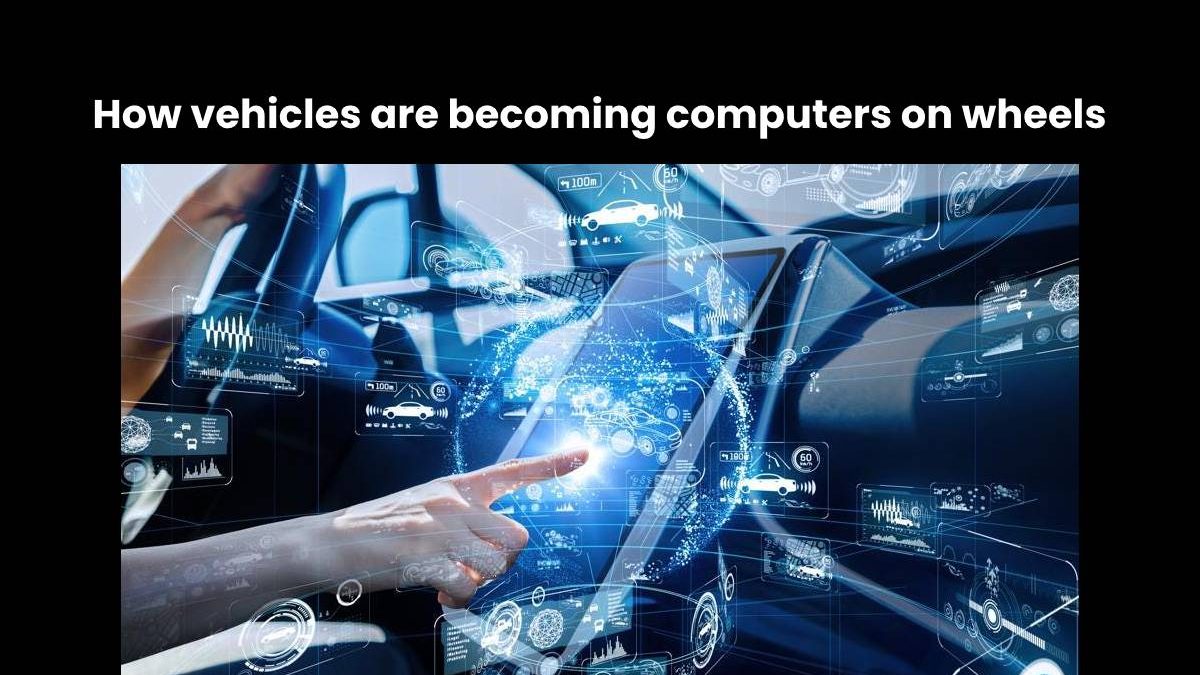 How vehicles are becoming computers on wheels

More so than ever before, cars on the market today use cutting-edge technology to provide the most comfortable and all-encompassing driving experience possible. While the automotive industry has always relied on the latest new integrated tech to get the best results for its consumers, the recent growth of autonomous technology (coupled with an environmentally-charged shift towards the widespread use of electric vehicles (EVs)) has had a transformative effect on the market. With increasingly advanced battery-electric and hybrid cars accounting for nearly a third of new car sales in the UK in February 2022, is it really true that our vehicles are becoming ‘rolling computers’?

The Growth of Autonomous Technology

The rapid growth of the EV trend has prompted wide discussion surrounding the social and environmental responsibility of both individual road users and the automotive industry as a whole, leading to a marked increase in the number of electric car leasing services operating in Britain and worldwide. As well as offering a ‘greener’ way of traversing the roads, EVs also tend to utilise more integrated autonomous technology (including advanced AI) than fossil fuel vehicles, which means that the process of driving and operating an EV is physically much easier, or completely effortless altogether.

Self-driving systems are on the radar

While driverless cars were previously only discussed in the realms of fantasy and science fiction, the recent growth of Artificial Intelligence and autonomous technology have led to self-driving car systems that are very much a reality. Autonomous Vehicles (AVs) make use of a range of complex sensors such as radar, thermographic cameras, GPS and odometry to create advanced control systems that can reliably navigate paths, interpret road signs and even avoid oncoming obstacles. In theory, this means that passengers can let their AV do all of the driving for them! While self-driving cars are still relatively rare and expensive, it is likely that they will become more accessible as the tech further opens up.

While car stereos and in-seat mini TVs once stood at the pinnacle of automotive entertainment, the possibilities offered by emerging new technology are truly incredible. As well as ‘syncing’ or linking up your car system with your smartphone and social media accounts, many of the new self-driving cars also feature dedicated home entertainment systems, where you can stream your favourite music, movies and TV shows as you travel. Staggeringly, it will even be legal to watch television if you’re operating a self-driving car under proposed new amendments to the Highway Code in the UK. This is indicative of the EV and AV trend’s focus on consumer comfort, which must be a good thing on those long cross-country car journeys.

Review How vehicles are becoming computers on wheels. Cancel reply

8 Effective Ledger Template you can use for your Business

What Programming Languages to Consider When Designing a Business App

What Is the Difference Between Windows Server 2022 Datacentre and Standard?