Home > How To > How to Keep Yourself Safe in the Cyberspace 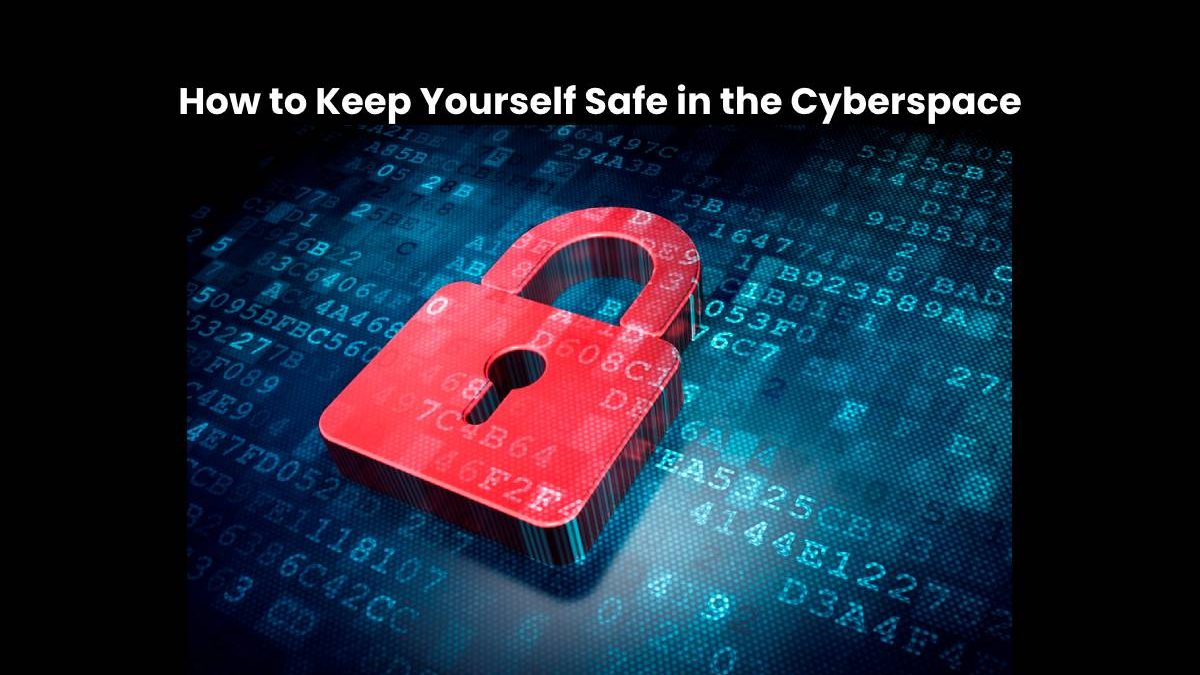 The internet is no less than a blessing, those who were ignorant of the benefits of the internet were forced to realize its potential during the pandemic. The pandemic shook the world closing down businesses and not only affecting the health of every individual but also hampering the overall economy of the world in a major way.

As the virus was contagious and spread from person to person, in this scenario every person became a walking health hazard. So, to control the situation, the obvious way was to shut every place where there was any kind of human interaction and to force people to remain in their houses. This means that practically everything in the world was sealed shut.

Businesses were closed, people were unable to go to their workplaces, educational institutes were shut, cinemas, bars, cafes, and even restaurants were completely closed. There was no way for people to earn, get an education, or even meet each other for pastimes. In times like these, it was only the internet that saved humanity from this crisis, and because of the internet, people found alternate avenues to continue the wheel of life. Although, it took time to realize the potential of the cyber world but sooner or later everyone realized the kind of blessing the internet was for humanity.

People started working online. They were conducting business over the web, getting education through online classes, staying in touch with their loved ones through internet-based communication mediums, watching movies, and even ordering food all on the internet. So, in a way internet took responsibility for the complete infrastructure of the world.

Whether it was for work or leisure activities, staying connected with each other, or getting the latest news about day-to-day happenings, everything was done over the internet. Many big providers including Spectrum also stepped in and started giving discounts so more and more people were able to subscribe to a high-speed internet connection. As the pandemic is not over yet, the internet service providers are still providing promotional plans to their customers.

In a time when all seemed bleak and dark, it was the internet that came to humanity’s rescue and provided them with an alternative in the form of cyberspace. Cyberspace is a terminology used for the internet world in which distances don’t matter and everyone is connected to each other. However, as pleasant as this may sound, cyberspace can quickly turn into a dark place if users are not careful enough. Allow us to explain how.

Why Protection is Necessary over the Internet?

As the internet has been integrated with all walks of life, and post-pandemic most of our daily activities are revolving around the internet. This has compelled everyone to use the internet, even those people who were a critic of the internet are also using it today, this is a positive thing. But on the other hand, it poses some serious risks as well.

Avid internet users already know that as beneficial as the internet is, it can be as destructive as well. Consider the internet as a dual-edged sword, the power of which depends on the wielder. The internet is such a powerful tool that it can bring prosperity to our lives, similarly if used for malicious purposes it can cause an equal level of destruction as well. And the unfortunate fact of the current world is that not many people on the internet are there for positive purposes.

The majority of the elements present on the internet are there just for their malicious intents, the most often one being to make fool of naïve new internet users and trap them for monetary gains. Since there are many new internet users in cyberspace now in the wake of the pandemic, that is why it has become critical to remain safe and protected from these malicious entities when using the internet in the current landscape.

As there has been a steep increase in the number of users for the past couple of years, these new users are relatively unaware of online threats as compared to avid internet users. Plus most of the new internet users are people in the older age group like teachers, businessmen, and remote workers who have probably started using the internet for the first time in their life out of necessity. For people like those, we have written this article so that they can apply the tips provided here to ensure protection over the web.

Tips to Remain Safe on the Internet

The following tips are essential for any new or experienced internet user to stay safe while using the web. This can also act as a checklist for experienced users to ensure whether they are utilizing proper techniques for protection against online threats.

Internet security suite should be a must for any internet user. It is an all-in-one tool that includes a cyber shield, email checker, spam reporter, and antivirus software for the complete protection of your device. An internet security suite ensures that all incoming traffic from the internet is safe to access while the antivirus tool checks for any downloaded files or any existing files on the system for any kind of threats.

A good security suite not only detects the threat but also quarantines it so it cannot further harm the system. Just make sure to get the premium version that has all the functionality from a good provider, and don’t mind spending a bit on tools like these as nothing is more important than your privacy and security.

Another tool that should be a must-use for every internet user is the VPN. VPN or virtual private network is a tool that masks your original IP address with a dummy. This allows users to anonymously use the web without the worry of being tracked across the internet.

A VPN has many benefits as it hides any data that is sent or received by the users making them invisible to websites that track users for advertisement purposes, keeps them safe from ISP and government agency trackings, and also protects them from intrusion and attacks from hackers. Not only this, but a VPN also masks the physical location of a user so no one can track a user in the real world to cause any kind of physical damage.

No amount of tools or protection procedures can save a user if they themselves are not careful about their online surroundings. Most users are trapped in phishing scams where they receive an email saying that they have won something and they need to submit their personal info in order to claim that prize. This is the most common example of a phishing scam on the internet as no tool can protect you if you yourself are going to hand over your sensitive information to an unauthorized person.

This is also one of the the most common trick scammers use for credit card and identity theft, as many naïve users are overcome by their greed and hand over their credit card or social security numbers to such hackers. Remember don’t open emails or social media messages from an unknown sender, or at best don’t reply to them. Nothing is free in this world and if there is something that sounds too good to be true then most chances are that it isn’t, be careful online because your safety is ultimately in your own hands.

These are quite easy to follow and essential security tips that any new or experienced internet user can apply in order to remain safe in this dangerous cyberworld. Your security is in your own hands and the most common security flaw in case of cyberspace is human negligence. Because no tool or software can keep a user safe if they themselves put their protection at risk.

Review How to Keep Yourself Safe in the Cyberspace. Cancel reply

What’s All the Hype Around Cyber Security?

How To Create An App Without Coding?

How to Unlock iPhone Passcode without Computer

How to Hire the Right Web Developer