Home > Technology > How Governments Can Use Technology To Empower People? 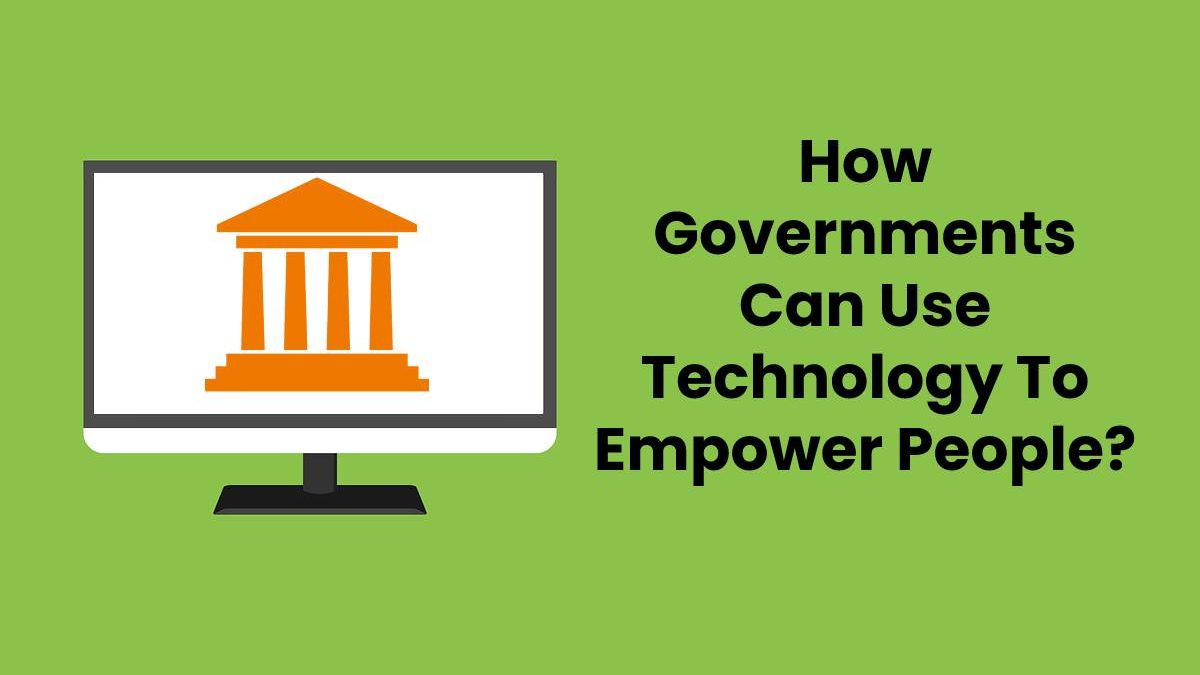 Governments Can Use Technology To Empower People

The Government of India is working tremendously towards e-governance under the Digital India Programme. It is aiming to provide broadband internet access to 250,000-gram panchayats to lay a strong foundation for the required digital infrastructure which can further expand the digital access to the common people.

It is expected that the Digital India Programme can empower the citizens and further push towards the growth of the country’s economic value. It is predicted that with the help of technology, India can create a digital economy of $1 trillion in 2025. Further, e-governance ensures that the citizens are able to trust the government more with transparency. India has rolled out websites like Meebhoomi and SSMMS to give the citizens easy access to avail the different Indian schemes.

E-governance is highly functional in the United States, European Union and Asia where the citizens involved themselves in e-participation. In the United States government, citizen technology provides the citizens with information about their eligibility for receiving different assistance and further guides them through the entire process. The different departments of the US State government use technology in education, human services, health, public safety and transportation.

With the help of technology, e-governance promotes a paperless environment and further makes it easy to send and share documents easily around the globe. Technology can be used in government employee service by maintaining an online portal for paychecks and bills, the benefits that an employee can receive or are receiving, training the employees and further maintaining a record of the personal information of the employee.

The government can use technology for bringing many positive changes in the country like reducing the usage of paper, efficient communication and information delivery, easy application process and more participation by the citizens. To enhance the role of technology, the government should focus on secure communication, web-based service, e-commerce and finally, digital democracy. Further, technical integration can be done in the form of one-way communication, request and response, financial and service transactions, integration and political participation.

Pillars for supporting successful e-governance include high-speed broadband coverage, good mobile connectivity, public internet access program, e-governance, usage of technology in the education field, open access to government information and IT jobs. The success of technology in government highly depends on how skilled the workforce is and how quickly they can adopt the new technology, the affordability of the digital technology and finally, ground execution of technology.

However, the usage of technology in government comes with its own challenges. The major challenges involve the digital infrastructure setup, adoption of the internet, slow internet speed, cybercrime, coordination of information flow, budget constraints, and skilled workforce to handle the technology.

Review How Governments Can Use Technology To Empower People?. Cancel reply

Kotlin vs Java 2019: Which is Better for Android App Development?

Can You Rank Your Blog Posts Higher With Video And Images?

Managed IT Services: Why you need them

What is zero trust security and why should you care?