Home > Definitions > What is Traceroute? – Definition, Uses, Functions, And More 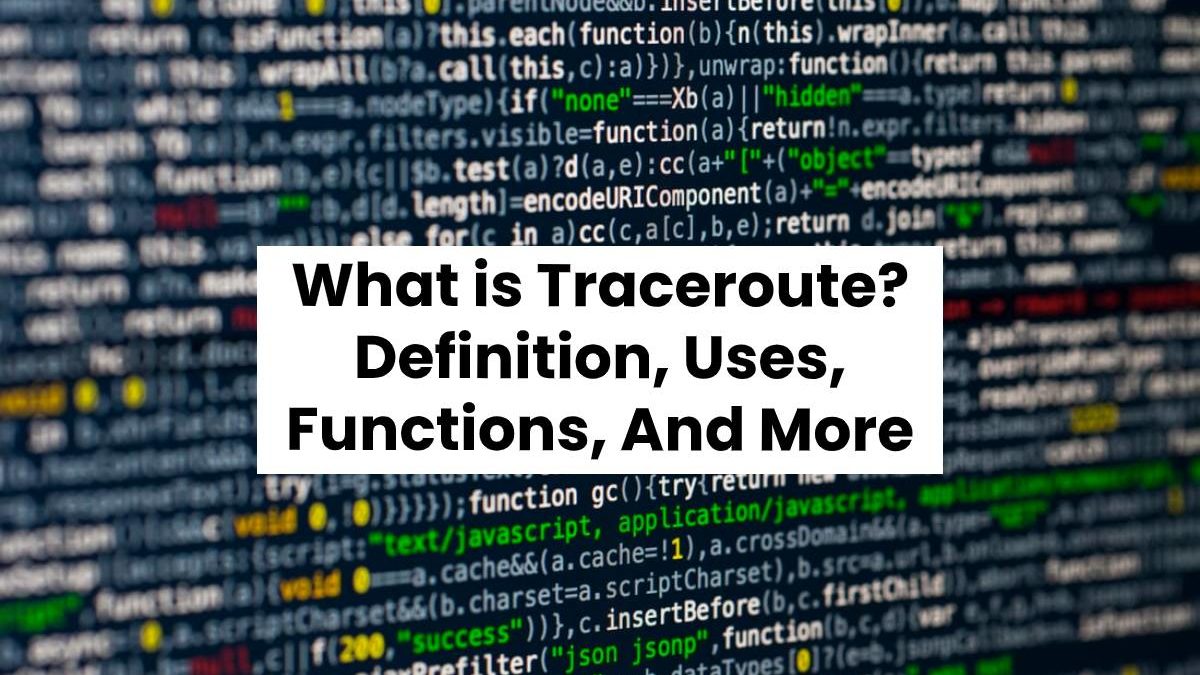 The traceroute is a network diagnostic tool used to record the path or the specific computers of the gateway in each hop through the Internet between the computer and another destination computer specified in the data transmission process.

Also read: What is Sass? – Definition, Advantages, Disadvantages, And More

It calculates and displays the time each jump took. It also helps to trace the path taken by a packet on an Internet Protocol (IP) network from source to destination. This procedure allows the user to find out precisely what data transmission. Such as a Google search, would be from one computing device to another. Furthermore, traceroute is a handy tool that is useful both to understand where the problems are in the network. And to obtain a detailed view of the Internet itself.

Traceroute uses Internet Control Message Protocol (ICMP) echo packets with Variable Time To Live (TTL) values. Each response time for each jump will calculate. For accuracy, each jump will be queried multiple times, typically three times, to better measure and check the response of a particular jump. It uses an essential tool to determine the response delays and routing loops that are present in a network route through the packet-switched nodes. It helps to locate any failure point that is on the way to a specific destination.

If any setback or interruption occurs during the data transfer. The Traceroute will automatically show where in the chain the problem occurred.

If the traceroute command gets entered, the utility will start sending packets using ICMP, including TTL. It will allow the route tracer to determine the time it takes to get to the first router. If the time limit value increases, it will forward the packet. So that it reaches the second router on the way to the destination and returns another timeout message, and so on. The traceroute helps users determine when the packet has reached the destination by including a port number that is outside the normal range. When received, an unreachable port message returns. It allows Traceroute to measure the duration of the last jump. With the progress made with the crawl, users can see the logs on a hop-by-hop basis.

The trace route exit will display the destination IP address and the maximum number of hops it traverses before entirely leaving the route. It displays the name, IP address, and response time it takes for each hop.

Also read: What is TCP? – Definition, History, Functions, And More

What is WEB 2.0? - Definition, Differences, Consequences, And More

How Does SharePoint Work? The Ultimate Beginner's Guide

What is Content Management System? – Definition, Advantages, And More

What is Hyperlink? – Definition, Examples, And More