Home > Definitions > What is Instagram? – Definition, Origin, Advantages, And More 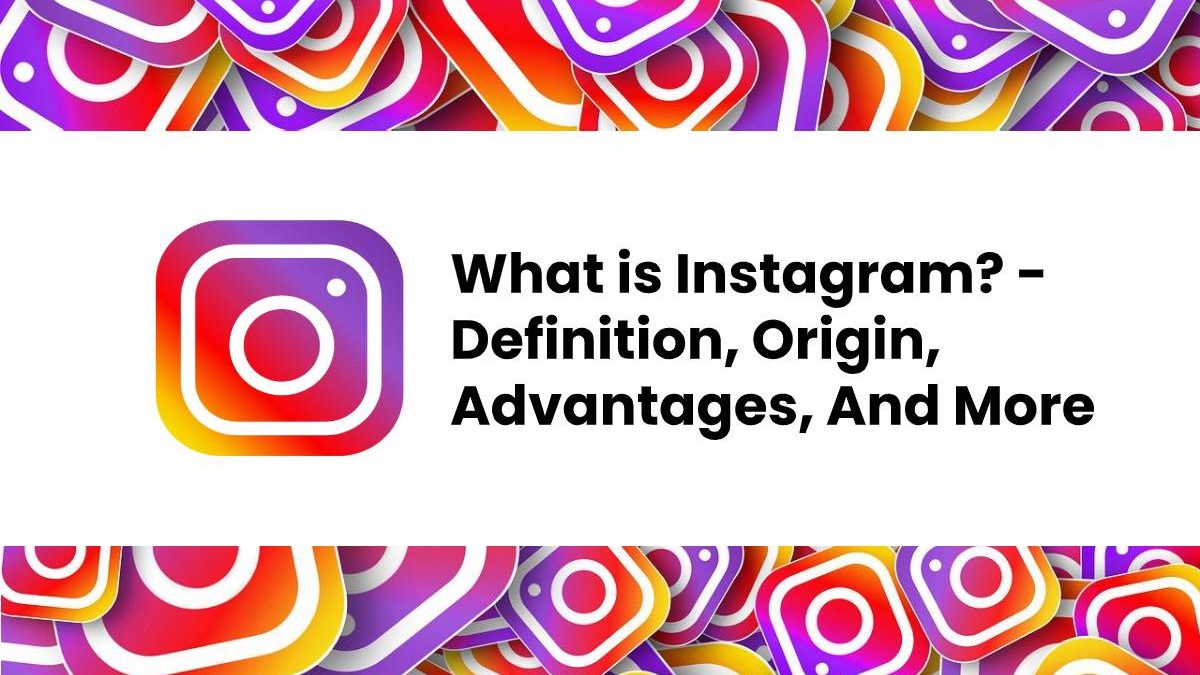 Instagram is an application on social media, owned by Facebook, Inc. Kevin Systrom and Mike Krieger created it and launched in October 2010 on iOS.

Instagram is a social network and a mobile application at the same time. It allows its users to upload images and videos. It has multiple photographic effects such as filters, frames, retro colors, etc. You can later share those images on the same platform or other social networks.

This application or network is currently one of the fastest-growing in the world.

The most significant advantage of having an Instagram account is that it helps you engage with your audience and bring more customers to your business or brand. Having followers attracts more followers, but it’s not always easy to get them. Services like for Buybettersocial and https://dailyfollows.com/ have quality packages that will instantly boost your following. Their prices are starting at $0.99 for 50 IG followers.

How was this social image platform born?

The history of Instagram is genuinely shocking. Since four years after its launch, it became the most crucial social photography network in the world.

The development of Instagram was in San Francisco at the hands of its founder, Kevin Systrom. He is the college colleague of Mark Zuckerberg.

Kevin created a custom photography tool for the iPhone 4 camera. The product got released in the Apple Store on October 6, 2010, named Instagram.

In 2011, the famous hashtags got added to help users find images of the same theme.

The first photograph uploaded to Instagram was from the hand of its founder, intending, to do the first test of the App.

In 2012, the version open to the public for Android came out, achieving more than a million downloads in less than 24 hours.

Facebook bought the company for $ 1 billion that same year.

In 2013, it yielded to user demands and introduced the possibility of tagging people and brands in any of the published photos. That same year he integrated Instagram Direct, which is the way to send direct and private messages with photos or videos.

In 2015 Instagram was number one in the ranking “The 100 best iPhone apps” created by Mashable, who highlighted that she was “one of the most influential social networks in the world.”

This social network with more than 1,000 million users serves to share images and videos, applying filters, and thus achieving that a photo taken with the mobile phone becomes a professional image.

The procedure is effortless

The user takes a photo or records a video from his mobile, applies a photographic filter or retouch (light, saturation, etc.), and shares it with his community, being able to choose whether to do it temporarily or fix it on his wall. It is also possible to share that image on other social networks.

What are the advantages of using this platform in your digital strategy?

Also read: What is an Application Server? – Definition, Functions, And More

What is ICMP? - Definition, Functions, Types, And More

What is IPv4? - Definition, Summary, Types, And More

What is a Scanner? – Definition, Function, Properties and Types

What is Cascading Style Sheets(CSS) – Definition, Functions, And More

Data Engineer vs Data Scientist It’s no hype that companies are planning to adopt digital transformation in the recent future….

Today, we are in a fast-paced lifestyle. Fortunately, the market has introduced on-demand laundry services. It caters services that will…