Home > Definitions > What is HDTV? – Definition, Characteristics, Types, And More 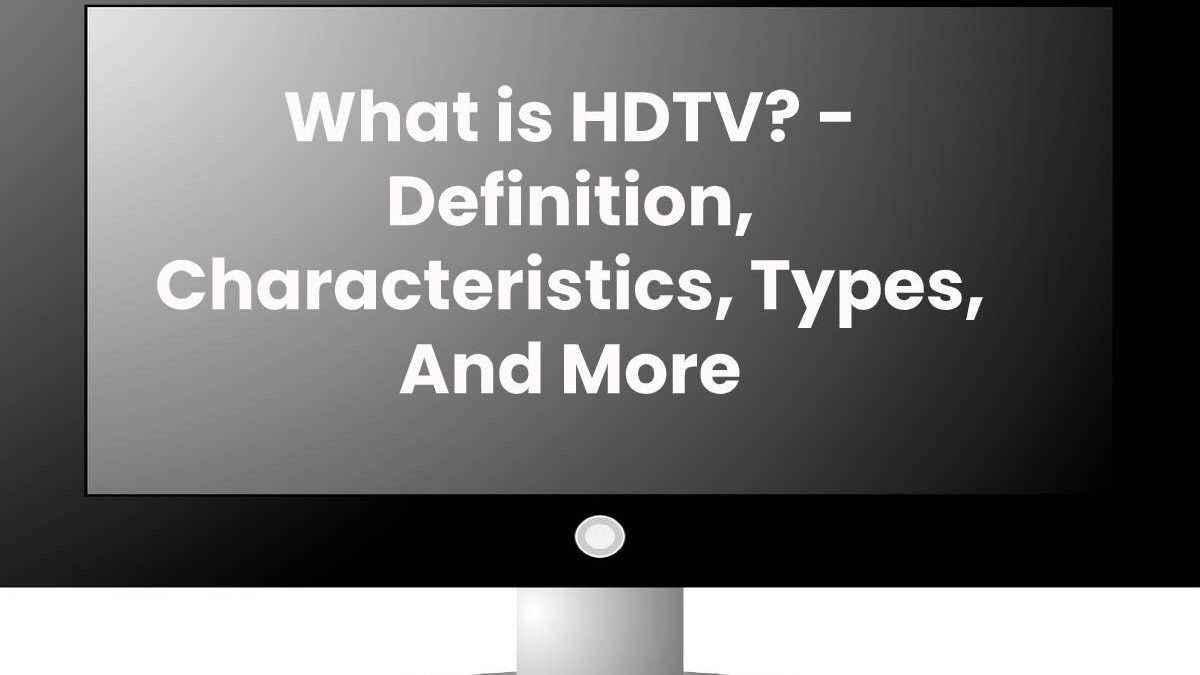 What is HDTV? – Definition, Characteristics, Types, And More

High-definition video is a video of better quality and higher resolution than standard-definition. While there is no standardized for high-definition, generally any video image with considerably more than 480 vertical scan lines or 576 vertical lines is considered high-definition.

Technical Characteristics of the HDTV

The most important feature is the higher image definition offered by the HDTV compared to current systems. If the PAL system that provides a resolution of 768×576 pixels, the HDTV can use two different resolutions: 1920×1080 and 1280×720 pixels, always using the 16: 9 aspect ratio. It achieves high resolutions by sending the compressed signal using some codec such as MPEG-2 or H.264. The sound is transmitted in Dolby Digital format and offers the popular 5.1 to take advantage of the Home Theater speaker systems.

What is the difference between them, and what does that I and that P mean?

Many of you will have seen among the features of the Xbox 360, which supports two different output resolutions: 1080i and 720p.

These resolutions correspond to the two that we have commented on that HDTV offers and indicate the number of lines that we can see. I suggest that the signal is interlaced, which means that in each frame. Only half of the lines on the screen gets drawn (one yes and one no). That is, 540 lines are shown at a time, changing alternately. By repeating this process many times and very quickly. Our brain can decode it, and we can see the images correctly. P, on the other hand, means progressive and indicates that all the lines of the image get drawn, one after the other.

The subject is a bit subjective, but 1080i is recommended for images with little movement or slow movements. Since fast changes can cause distortions in the picture. In return, this resolution offers more details and a better view.

In contrast, 720p is more suitable for fast camera movements.

How to watch HDTV?

The most common systems for watching HDTV will be cable and satellite. Of course, we will need a TV that supports this resolution; although many of the new models are already starting to support it, it is convenient to check that the TV we buy has an HDMI (High Digital Multimedia Interface) connector.

What is Smart Home Automation?-Definition, Benefits, Features and More

What is Performance Evaluation Software? – Definition, Keys, And More

What is CompTIA Project+? – Definition, Oppurtunities, and More

What is Data Obfuscation (Data Masking)? Definition, Uses and More