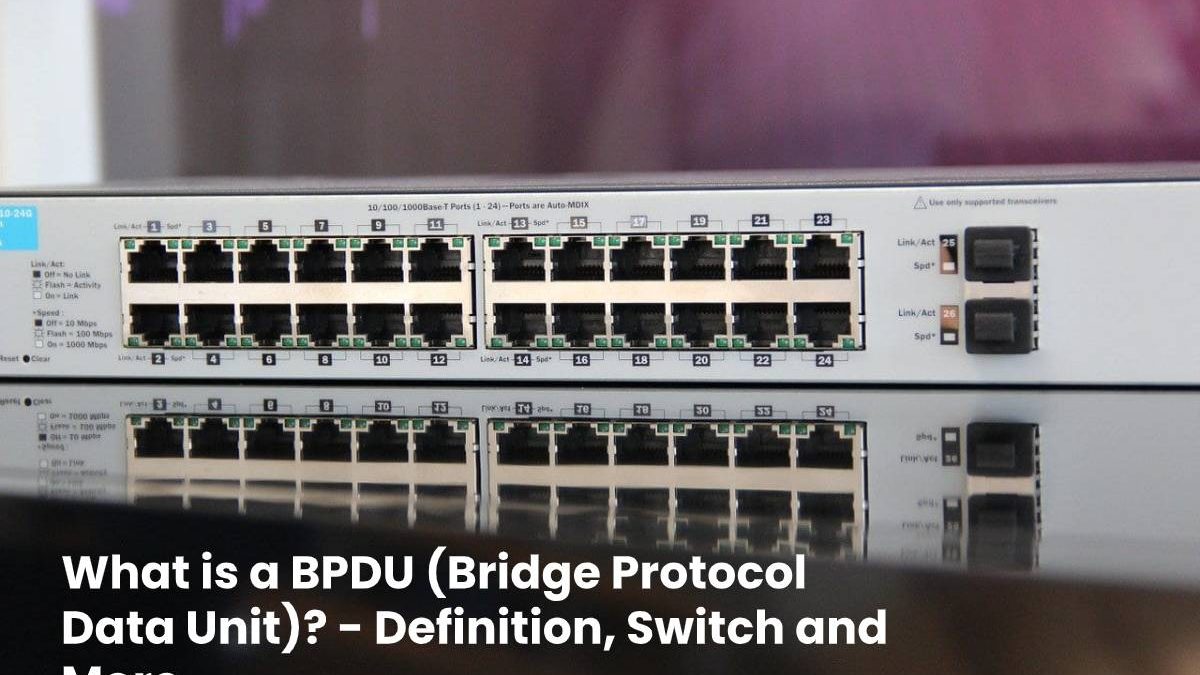 BPDU (Bridge Protocol Data Unit) is a data packet sent in local area networks (LAN) that work to detect loops in a network. And these Loops can cause duplicate data packets to be sent out, which can use bandwidth in a network. Besides, BPDU guards protect receiving equipment from unauthorized data packets that may contain computer viruses.

Also Read: What is a Network Infrastructure? Definition, Types and More

A switch in a network works similar to a router. The BPDU filter on a LAN switch uses a default PortFast [BPDU] filter command, which prevents computers in a PortFast state from sending and receiving [BPDU].

In the [BPDU] protocol, LAN changes the data exchange to select a root switch, and also configure the network. And then compare parameters with the other [BPDUs] that LAN switches send in the network.

A PortFast interface allows a computer to connect to a network immediately. Computers that connect to the same server network do not receive BPDUs.

This is because the protocol called the BPDU Guard command turns off computer ports that are fast-port enabled if they receive any [BPDU].

This is to prevent data loops from occurring in a level 2 network, which is a local area network, made with switches or bridge routers.

Most of the time, when a PortFast-enabled port receives an invalid [BPDU]. It is because an unauthorized device has connected to the LAN and is trying to exchange data with a computer.

When the BPDU guard detects this, it changes the state of the computer port to disable errors, and the switch turns off the port, thus preventing malware and hackers from accessing the computer.

The activation of [BPDU] filters can be on a LAN or computer switch with the [BPDU] filter command. Filtering prevents switches and computer ports that are currently in a fast-port state from sending or receiving BPDU.

Filtering will stop sending or receiving [BPDU] from a port if a BPDU guard is not configured to do so. The receiving of BPDU removes the PortFast state, [BPDU] filtering is disabled. And the port returns to its original state.h2.

Also Read: What is CCNP(Cisco Certified Network Professional)?-Definition, and More

What does a Technical Support Analyst do? - Definition, Profile, and More

What is MAC [Message Authentication Code]? – Definition, and More

What is NAT? – Definition, Functions, Advantages, And More

What is Yahoo? – Definition, Origin, Types And More

What is Spyware? Definition, Types, How to Protect from it? and More