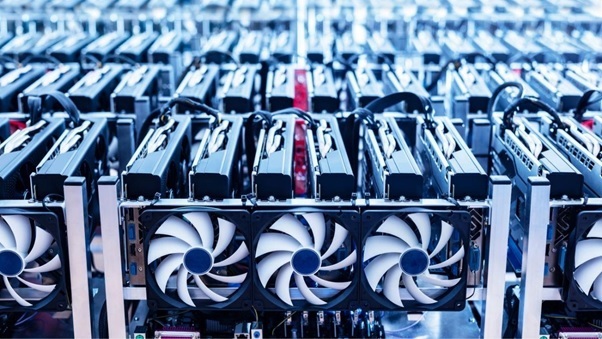 Very recently police in Spain discovered a cryptocurrency farm in Seville, an unusual place for such facilities to exist.

According to published news reports, the police discovered the site practically by chance. They were going after an illegal marijuana plantation when they came across the facility filled with powerful computer equipment operating 24 hours a day to validate cryptocurrency transactions.

This type of activity is rare in Spain for several reasons, firstly the high price of electricity that the peninsula is experiencing and also because Seville is a warm place for much of the year.

The only way for this type of activities to exist in Spain is in cryptocurrency farms that are illegally connected to the electricity grid. Otherwise cryptocurrency mining is not profitable in that country.

In fact, it was the high electricity consumption that alerted and mobilized the Spanish Police. The farm discovered in Seville consumed energy equivalent to the consumption of 20 homes. The computer equipment seized by the police is valued at around 70,000 US dollars or more.

It should be clarified that cryptocurrency mining is an activity considered legal in Spain but that usually ends up deriving in illegalities to make the activity profitable.

Usually these farms dedicated to cryptocurrency mining usually need a lot of space and a lot of air conditioning to avoid overheating, which generates a lot of energy consumption.

That is why miners usually choose cold parts of the world where low temperatures prevail and also places where energy is cheap. But there are more costs, usually computers dedicated to mining must be replaced frequently. This is not a business that can be undertaken with a low initial investment.

When we think about investing in cryptocurrencies we usually do not consider the energy costs that an activity like mining hides. When we research and find our preferred trading platform we don’t analyze this kind of things, we only think about the possible income we could obtain.

Some analysts and cryptocurrency enthusiasts have tried to qualify this data and claim that almost 80% of the bitcoin network’s electricity consumption comes from renewable energy sources and not from coal, which is highly polluting. Bitcoin mining mostly uses energy produced by hydroelectric sources, they say.

Other research suggests that bitcoin mining only consumes 39% of energy from renewable sources.

Another relevant factor about the controversy of energy consumption and cryptocurrencies needs to be clarified. Bitcoin mining consumes more energy than the use of the cryptocurrency itself. It is not the most correct thing to talk about energy cost per transaction when in fact we should talk about the cost of the mining process.

We will see what happens in the future, but if the cryptocurrency boom is in the end a speculative bubble, we would be talking about one of the biggest energy wastes in history.

5 tips for maintaining your UPS system

The Importance Of A Test Management Tool: All You Need To Know