Home > Technology > Computer Virus; What you need to know 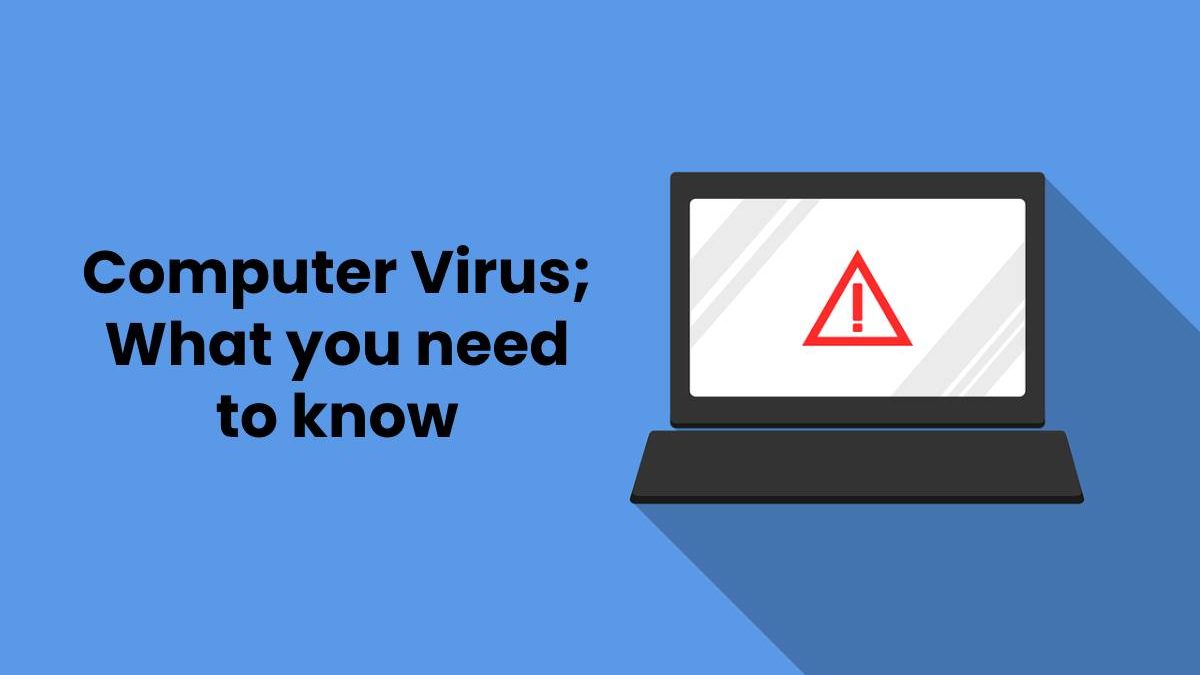 Computer Virus; What you need to know

Viruses and other malicious software are specifically designed to infect, damage and destroy your computer, network or even entire business. Often, this replication and insertion are carried out at the expense of resources such as memory and processing power belonging to the host’s (i.e., the infected computer) system. In this article, we will tell you more about computer viruses and free antivirus.

What is a computer virus?

A computer virus is malicious software that spreads copies of itself from one computer to another. The target for a virus is generally the operating system or other critical programs; when the user opens or runs these infected files, the virus infects the system by copying itself into the computer’s memory or hard drive.

The virus is activated when a specific condition is met, such as connecting to the Internet or opening a particular file. Once activated, a virus copies itself repeatedly until it slows down your computer and prevents it from functioning correctly.

What’s the difference between malware/viruses etc.?

Malware is a term that refers to malicious software. It’s a broad phrase that refers to any software program that is designed to do an unintended and mostly harmful action.

Virus: A computer virus is a harmful software program (malware) that repeats itself by altering and injecting its code into other computer programs. The afflicted locations are considered to be “infected” with a computer virus if this replication succeeds.

Does any computer need antivirus software?

Antivirus software typically uses two methods to protect the computer: a scanner that checks the files on the hard drive for viruses and lives to monitor the system while it’s running.

Antivirus programs are essential tools that cannot be compared with other kinds of software. They have been specially designed to avoid infection and remove any found infection. Having an up-to-date antivirus program running on your computer at all times is one of the most important things you can do to protect your PC from malicious code.

Is it possible to hack any software, and how dangerous can it be?

The short answer: yes, it is possible to hack any software. But you can’t know how easy or hard it would be without a lot of experience and knowledge that you probably don’t have.

There are many different kinds of vulnerabilities, and not all of them make hacking the software as easy as pressing a button. Some will require a lot of work on your part to exploit. Sometimes they have to go looking for vulnerabilities themselves because even though they exist in the code written by humans, finding them can be difficult.

Is it possible to spy through any camera?

Yes, it’s possible. And there are multiple ways to do it now. There are a few different techniques that scammers use to access your webcam. The first is by installing software that grants them remote access to your device.

This can happen in a few different ways. For example, you may unwittingly install malicious software when you download something from an untrustworthy website or click on a link in an email from someone who appears to be a legitimate business but is a scammer.

Which software is the safest?

There are many types of antivirus software available, and they all offer different benefits in terms of the features they offer. As a user, it’s important to examine your needs and what each option offers. Many of the best ones are free, but you may also want to look at some paid options if they have features that you’re interested in. In general, the best free antivirus software offers complete protection from computer viruses and malware. They also provide adequate protection against phishing schemes, which are attempts to get you to give out sensitive information like passwords or bank account details. Free versions often have fewer features than their paid counterparts, though, so you may need to pay for a full version if you need extra capabilities.

If you want to avoid getting a virus on your computer and are thinking about using free antivirus software, try looking into Avira Internet Security. This program is better than most others that I have tried. Not only does it keep my computer from breaking down from all of the viruses, but it picks up all of the nasty buggers before they get to me.

Review Computer Virus; What you need to know. Cancel reply

How to Maximize Your Team's Productivity

Here’s How Technology Can Help You Improve Your Customer Service

Why Get Your Real Estate Image Post Processing Done by a Specialized Firm?

Cross-Browser Testing Tools: Which One To Choose?