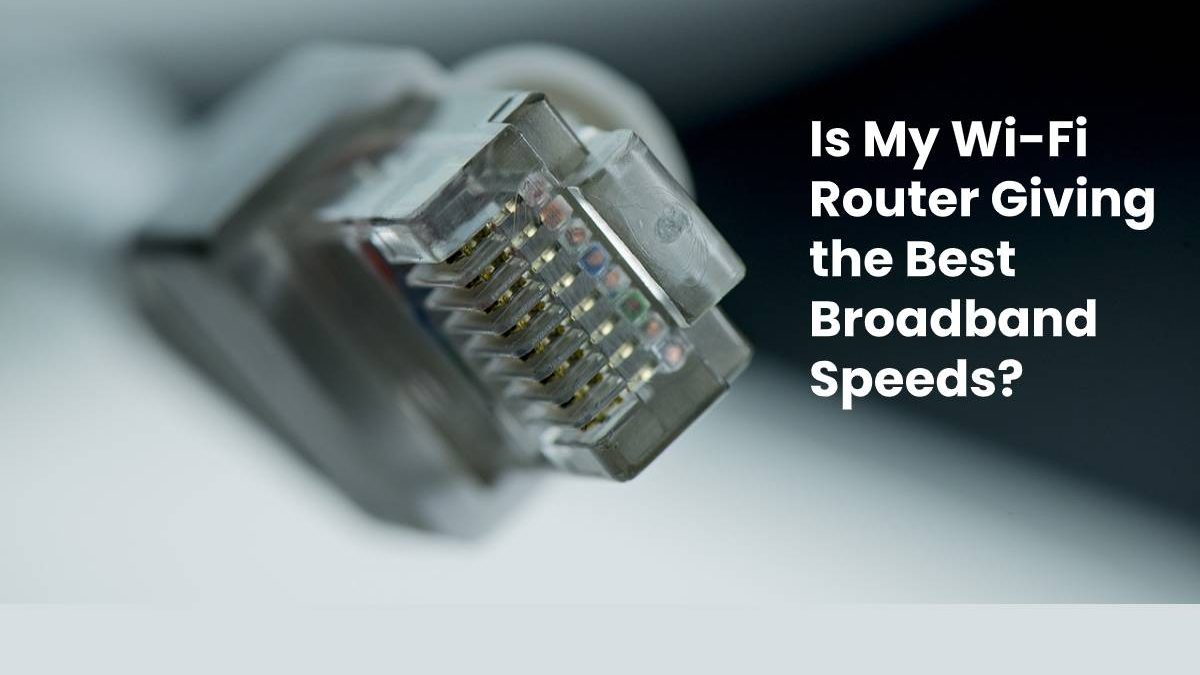 If your broadband speeds lag and some rooms in your house are hopeless internet blacks spots, the culprit might not be your devices or even your connection. It could be your router—the piece of kit you likely received from your ISP and haven’t thought about since plugging in. You might have the best broadband deal on the market, but if your hardware isn’t up to scratch, you could be holding yourself back.

ISP-supplied routers are no longer the clunky machines of a decade ago, plastered with your broadband provider’s logo but struggling to handle multiple devices and demanding frequent rebooting. But they won’t be sufficient for every household or its internet needs. And if you’ve stuck with the same broadband provider for years, your device might be out of date and not equipped to handle today’s ultrafast internet speeds or the slew of devices we now carry around.

Sometimes, though, connection faults aren’t down to the router itself but rather to its location in your home. In these cases, faults can be remedied with a little technological feng shui or another gadget to give your router a boost.

Tech experts suggest consumers update their routers every three to four years. If your Wi-Fi is spotty or slow, you might want to spring for an upgrade sooner. Here’s what to look for in a new router—and why some simple re-positioning might spare you a trip to Currys.

Can you solve your connection problems another way?

Before you purchase a new router, check your home setup. You might find that you’re simply not using your existing device to the best of its abilities. Everything from the location of your microwave to the condition of the microfilters on your phone sockets can hamper your router and affect the strength of your Wi-Fi signal.

What to look for in a new router

If you’ve moved your router away from your fish tanks and plugged in some Wi-Fi boosters and you’re still not managing to get a signal in your bathroom, it’s probably time to invest in new gear.

But router specs and lingo can be baffling, especially for tech pedestrians who just want to be able to comfortably stream Netflix in the bath. Here’s how to unpick the jargon and what to look for in a router.

If you have a particularly large home or one with thick stone walls, even a souped-up router may not be able to cover every inch of it in Wi-Fi. In these cases, it might need a little assistance from a Wi-Fi range extender or mesh network.

What is an Application Server? - Definition, Functions, And More