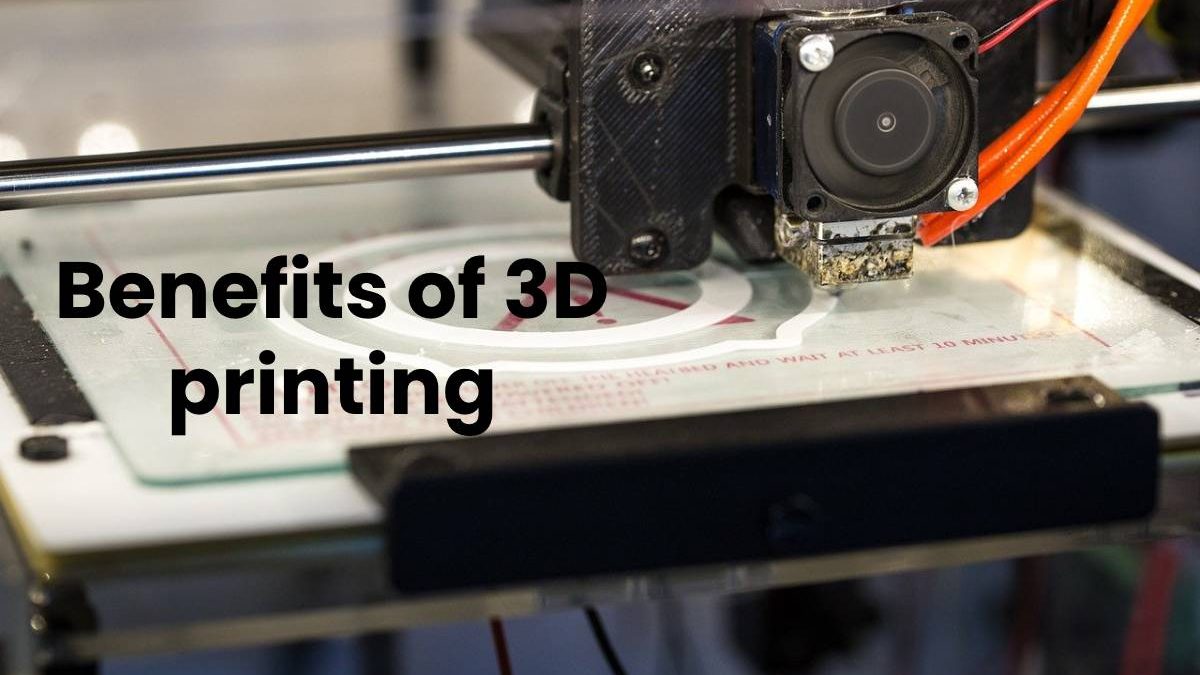 With 3D printing technology we can do a lot of things that were not possible before. From toy manufacturers to aerospace parts manufacturers, the manufacturing industry has embraced the benefits offered by 3D printing.

This technology was first introduced in the 1980s, but it only gained momentum after 2008, when manufacturers started using it for various purposes. At first, only big companies could afford to buy 3D printers because they were very expensive, but now you can get one for just a couple of hundred dollars.

From health industry to construction, 3D printing is being applied to almost every industry.

So the question is, why is 3D printing so popular, and what advantages does it offer?

The world is moving at an unbelievably rapid pace, and technology plays a significant role in it. As you would have heard, “Time is money.” And anything that can save your time can give you a chance to generate more money.

3D printers are known for manufacturing small parts in record time, which makes 3D printer the best option for prototyping. 3D printers eliminate the need of molds and casts, which saves a lot of time and money.

For making any changes, there is no need to manufacture new molds. Just add a new blueprint, and the changes will get implemented flawlessly.

For low-volume manufacturing, there is no other technology that can compete against 3D printing. Industrial 3D printers may consume very high power compared to a desktop 3D printer, but they still reduce the manufacturing costs exponentially.

3D printers can print complicated geometrical designs, which are impossible to achieve with casts and molds.

Casts and molds cost a lot of money, and even a minor fault can render them useless.

The cost also depends upon the material you are working with. ABS and PLA are considerably cheap, but metals can be costly.

In traditional manufacturing processes, even the simplest of products had to go through multiple manufacturing steps. Different steps require different machines, tools, and manual labor.

A 3D printer can complete most of this process independently, which eliminates the need for extra tools, machines, and labor.

There are some pre-requisites for products before they can get 3D printed, but they are nothing compared to the standard manufacturing processes.

3D printers allow manufacturers to tweak any design according to their requirements. This feature of 3D printing makes it very useful for manufacturing prosthetics because every human body is different, and a standard-sized prosthetic will not fit everyone.

Other items like retainers and Invisalign also require a significant level of customization to fit every patient perfectly.

Customized products are needed in various industries such as sportswear and technological gear. With the help of 3D printers, this freedom of customization can benefit both manufacturers and consumers.

3D printing is quickly evolving and gaining momentum. No matter the magnitude of your business, if you are a manufacturer, you should keep up with the technological evolution that has been going on in this industry.

ABC of using your smartphone to bet on sports

Why you need a booking software?

Why User Experience Should Dictate Your SEO Strategy