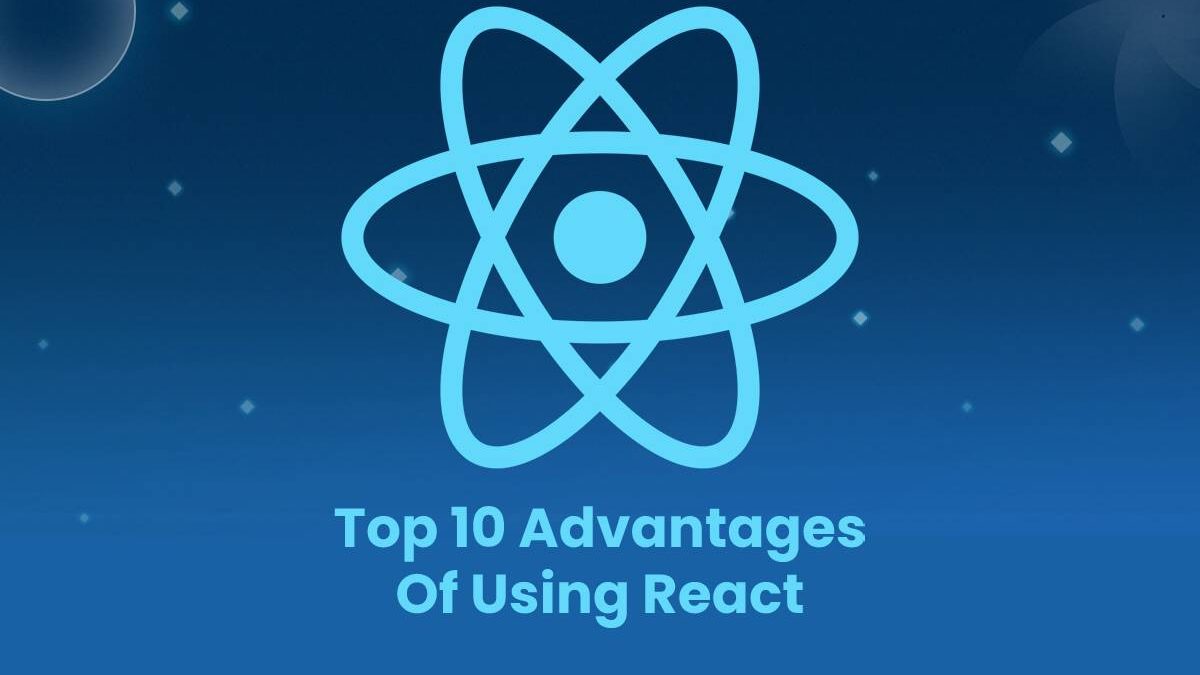 Wondering what are the benefits of React? Confused about how to and why use React to take your business to a higher level? This article covers the ten major benefits of ReactJS to help developers looking for a simpler, fast, and effective framework for their projects.

React is a JavaScript library that helps to build interactive user interfaces and to compile complex UI components. It is an open-source, front-end web framework that was released seven years ago. Also referred to as React.js or ReactJS, it is maintained by Facebook. Although generally, it can be said that React helps develop a single web page or mobile applications, the benefits of React are endless.

In simpler words, it is a useful and flexible tool that delivers a great experience for the user as well as the developer. If you are considering ReactJS for your new project, you can undoubtedly go for it. It is fast, reliable, and secure. Furthermore, it gives you the freedom to update the data and the interface independently.

Why Use React: Top 10 Benefits of React

React is just more than a JavaScript framework. It is a set of tools, approaches, and libraries that you can combine to bring complex UI concepts to life. Since the advantages of React are endless, developers prefer using it as compared to any other JavaScript library. Here are the top ten benefits of React if you are looking for a robust web and mobile app development technology.

One of the biggest benefits of React is that it is very easy to use. It simplifies complex coding through JSX and makes it super easy to create spectacular web applications like never before.

The component reusability feature in React helps developers create similar apps while using the same functionality. Using React, the developers can frequently update the framework without worrying about any errors, slow performance, or affecting other components as it doesn’t allow one component to affect other ones.

Since React reduces a lot of hassles while working, it also makes the developer more interested in the project. Furthermore, it helps save a lot of time and enhances productivity at work.

One of the top benefits of reactJS is that it is much easier to learn as compared to its competitors – Angular and Vue. So, if you are a new developer, ReactJS will help you master the entire coding game shortly.

The conventional DOM trees comprise thousands of inputs that slow down the performance of the app even if minor changes are done. React framework uses the virtual DOM that makes it very fast and convenient to even build high-load apps. It offers one of the biggest benefits of choosing ReactJS by first letting all the changes and updates transfer to the virtual representation of the DOM.

Later, if these changes are error-free and do not require any further upgrades, the real DOM tree is updated with the finalized inputs. This ensures that the developers have a smooth and quick experience while working with the complex codes. React not only is helpful in faster rendering but also offers a better user experience.

Every startup wants to establish itself on various search engines but fails to make its app SEO friendly. The apps developed via React are fast and have a high load time. Furthermore, you can also configure your app for SERPs using React as such apps can be easily crawled by search engines.

React also offers helpful tools for developers that come in very handy while working on any project. Its debugging and design tools are available in browser extensions too and help developers observe and inspect their apps for issues and updates.

Since React is backed by the hi-tech teams of Facebook and Instagram, the framework offers stability and security at its best.

This framework allows the developer to use the individual components on the server as well as the client-side. Thus, it helps to uplift the speed of the entire development procedure. Hence, not only while developing but also while using, apps made via ReactJS are very fast and light.

We hope we helped you understand the advantages of React for your project. React is a fast and scalable web development tool that is used by around 1.7 million websites including PayPal, Facebook, Uber, ESPN, etc. It is a smart choice for small-scale as well as large-scale businesses because it offers specialized solutions for every type of project.

The 8 Best Sales Enablement Tool Every Rep Should Download

Modernization via Automation of Logistic Firm

An Insight into IT Outsourcing and Its Benefits for Your Business