Home > Technology > What is Motherboard? Everything to know about Motherboard 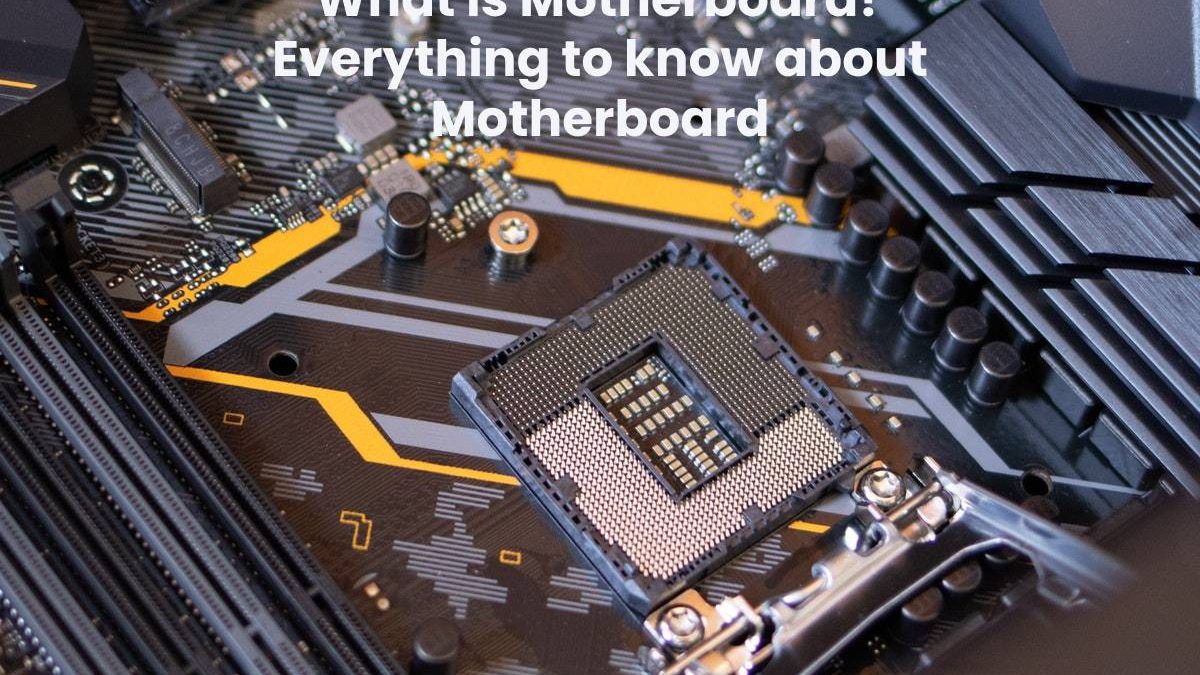 Did you know, a motherboard serves as a sole forum to interlink all parts of the computer with each other? It connects the memory, video card, CPU, hard drives, sound cards, optical drives, and further expansion cards directly through cords. Therefore, the motherboard is considered the backbone of the computer.

The motherboard keeps these various parts connected together to allow the proper functioning of the system. However, each part of the [motherboard] is designed to work for a specific function with a particular type of memory and processors. So every motherboard is not compatible with every kind of processor. Thus, hard drives usually work with most of the [motherboards], despite their type.

Anyhow, if you want to build your PC from scratch, the primary and foremost thing you should know about is the motherboard. If you don’t know what a motherboard is and what its several parts are, it may become hard for you to buy the best motherboard for your PC. Thus, I am here to provide every detail about the motherboard so you get an in-depth idea of how the motherboard is significant and enables the PC to work.

A motherboard is one of the essential parts of the computer system that keeps every crucial component together, including memory, CPU, and connectors of output and input devices. It is the main circuit board inside the computer that connects these several parts of a computer together. However, a motherboard comprises RAM sockets, expansion cards such as sound cards, discrete graphics cards, store cards, and network cards, etc., that allow the overall PC to function.

Other than connecting internal components, the motherboard’s ports also enable you to connect various external devices to the computer, such as speakers, keyboard, monitor, mouse, and other USB devices.

Since it is the main circuit board in the computer that can be extended by connecting other circuit boards into it, these extensions are known as daughter boards; that’s why it is known as a motherboard.

Where is the Motherboard Situated?

Various motherboard manufacturers offer numerous designs that suit the design of the PC. Different motherboards vary in terms of features, compatibility, capabilities, limitations, and form factors. However, based on these factors, motherboards are divided into six types.

The AT motherboards came into trend during the 1980s, comprising more important form factors with hundreds of millimeters, but they are not considered suitable for mini desktops because of their size. Since large physical size may hinder installing new drivers, these motherboards use sockets and pin plugs as power connectors that may cause some difficulty for the user to connect and use it.

ATX stands for Advanced Technology Extended, which was introduced in the 1990s by Intel. It is an enhanced version of the previous AT [motherboard], which is more compact to allow more components to connect.

The BTX was developed during the mid-2000s by Intel which denotes Balanced Technology Extended. This [motherboard] version tends to manage the requirements of new technologies in terms of producing more power. But one downfall about this [motherboard] was it generated more heat; therefore, Intel stopped further development of this version.

As the word Pico depicts, this motherboard version has a small form factor. It supports two expansion slots and supports all other requirements of digital applications.

This [motherboard] has made two notable improvements to previous AT and ATX versions. The first development was that it presented a Riser card to offer more slots and more accessible connections. Another enhancement was that its output and input ports were moved to the backside of the motherboards. However, this version had a significant downside in that it lacked Accelerated Graphic Port slots which caused numerous issues in NLX boards.

It is the mini and one of the older versions of the [motherboard], which was designed and launched in the early 2000s. This board is mainly used for small form factor PCs because it consumes low power and features quick cooling ability. Most home theatres prefer this motherboard because of its improved quality and diminished fan noise.

Significance of Motherboard in a Computer

Everybody knows that a motherboard is the core component of a PC that plays a vital role in the functioning of the computer system. In other words, it is known as the heart of the computer. It helps in connecting the communication between all other components of the system.

The two most essential sockets of the [motherboard] are CPU and GPU. The CPU is directly plugged onto the [motherboard], yet the GPU is plugged into one of its slots. This integral part connects the internal and external devices with the CPU and allows them to work. If your [motherboard] gets damaged, it could become a critical issue, and the entire computer system would stop working.

Concisely, a [motherboard] is a significant component of a computer in multiple ways. It is an essential part for the PC to function with optimization. However, it is a channel through which several components connect to each other. But, if you are about to buy a new [motherboard] for a PC, it is not advised to spend your entire budget on this single unit. Identify various factors before making the right purchase and determine which [motherboard] is compatible with your computer.

Review What is Motherboard? Everything to know about Motherboard. Cancel reply

ATX vs. Micro ATX vs. Mini ITX: What’s the Difference?

Why is IT outsourcing cost-effective?