AMD has now offered its new reference cards for PC players. The Radeon RX500 have the RX 580 and RX 570 graphics cards are the most exceptional as the second generation of GPUs. Under Polaris architecture these products got great value for money.

Any processor-cpu will have its unique set of characteristics that make it ideal for a specific operating system.

The mid-range is the big goal

After the Ryzen 7 and Ryzen 5, now the new devices are their mid-range graphics cards. In 2017 they had high anticipations, thanks to the drive of the game, the use of new APIs by more and more users.

According to data from AMD, there are currently some 500 million PC players that have graphics cards that are more than two years old. A fair results in current titles, below 60 fps for 1440p resolution, we must add that they are computers that do not take advantage of technologies and connectivity that bring out the best in the game today, such as Freesync or streaming.

In 2016 they renewed 10%, and another has models of more than 300 dollars in price, so for AMD, the saturated market is in that 80% that still has to buy a new graphics card and will do it in a medium range. 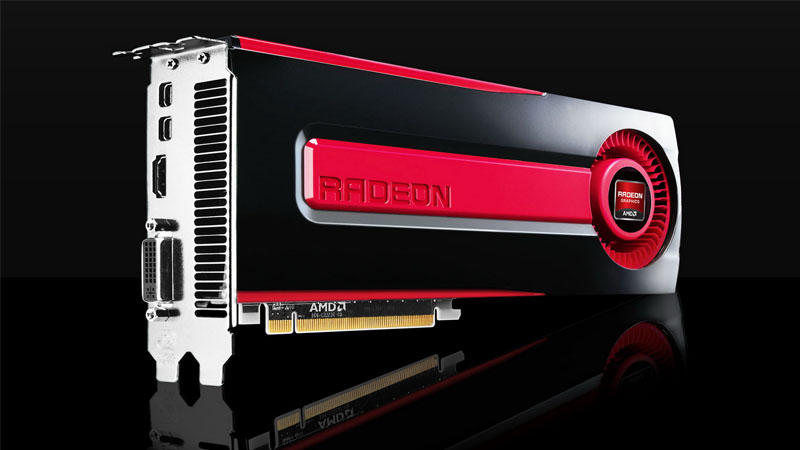 They have made themselves to pray, but finally, we know the mid-range graphics cards under Polaris. The new architecture for its GPUs was released last year with the imposing RX 480 (in relation quality-price) and the most discreet but very affordable RX 470 and RX 460.

The new Radeon RX500 graphics cards assume the main characteristics of Polaris, based on third-generation 14 nm FinFET and where the efficiency even at high working frequencies is the maximum. All new RX500 graphics are optimized to get the most out of DirectX 12 and Vulkan, offer HEVC encoding/decoding H.265 4K video and include Freesync technology.

But what Polaris provides to anyone who chooses the new Radeon is not limited to construction issues. The technologies that AMD includes in the new RXs power precisely several of the market niches that they want to attract. One of the most prominent is the 4K game streaming, and for this, they have the Radeon ReLive application, optimized for their GPUs and which allows streaming 4K video at 60 fps (HEVC and H.264) directly to sites like Twitch.

The second technology we should ignore is Radeon Chill, focused on saving energy using the dynamic regulation of the fps according to the movements within the game. With this software activated the player can save energy and reduce the operating temperature and has been designed mainly for laptop gaming, where the battery is a factor that plays against the gaming experience.

Regarding connections and consumption, the Radeon RX580 offers DisplayPort 1.3 and 1.4, with HDR support. As TDP we speak of 185 W, although ADM promises a 30% lower consumption when using its Chill technology. According to data from 3DMark TimeSpy, the new Radeon RX580 has as a natural competitor the GTX 1060 with 6 GB of RAM. In price, the Radeon will be 260 dollars for the model with 8 GB of RAM and 228 dollars if we opt for the RX 580 with 4 GB. The GTX 1060 6 GB is available in the market for about 300 dollars.

One step below the Radeon RX 580 is its little sister, named by AMD as Radeon RX 570 and with a total power of 5.1 FLOPS thanks to 32 computing units with 2038 Stream processors and 4 GB of GDDR5 memory. Using Chill, the efficiency of this second Polaris graph of the RX500 series is even greater, and we can speak of up to 43% improvement in consumption and 20 degrees less operating temperature.

The new RX 570 will only be available with an amount of 4 GB of memory, and its market price will be 191 dollars.

In addition to the most powerful graphics within the RX500 series, AMD has announced some of the specifications of two models called Radeon RX 560 and RX 550. Their niche markets are more modest than the above ranges. And while the RX 560 aspires to occupy a place in gaming PCs who only want to play at 1080p over 60 fps in current titles. The RX 550 has to conform to the esports and be an alternative for the work of integrated graphics more complete.

Review Radeon RX 580 and RX 570, Features, Price and all the Information. Cancel reply