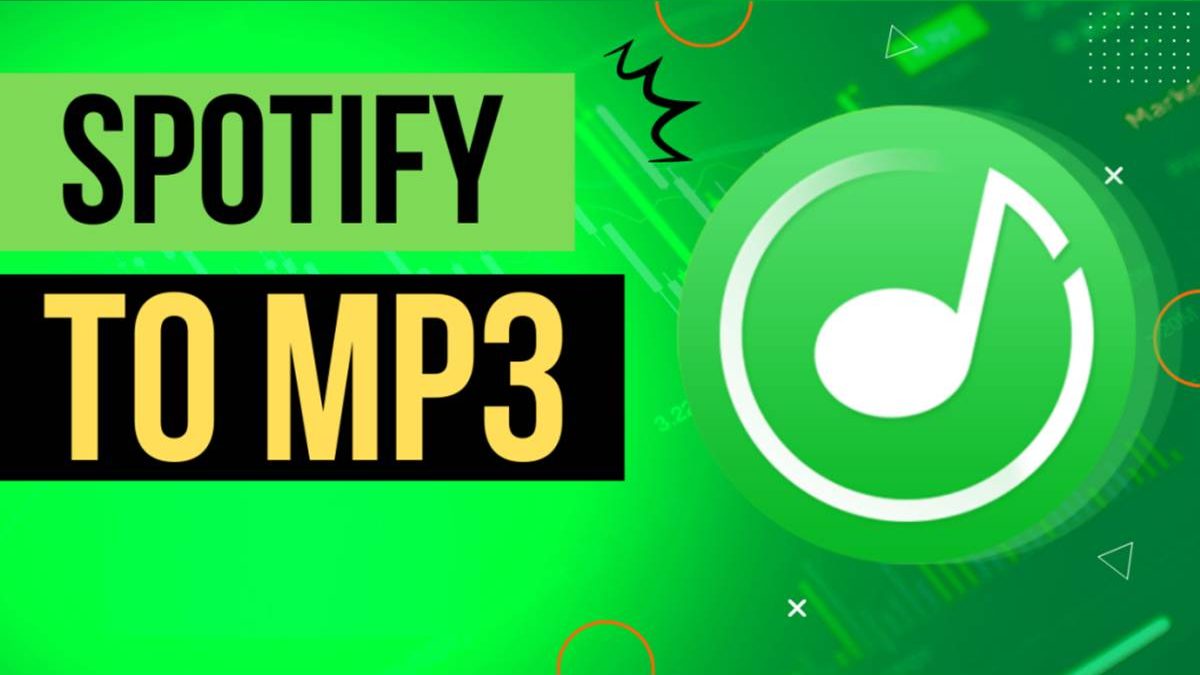 NoteBurner is a very competent audio converter. Spotify Music Converter was developed to make it easier for users of Spotify Free and Premium to convert 82 million songs, playlists, albums, podcasts, and radios to high-quality real audio files at a rate of 10X faster, including MP3, AAC, ALAC, and more. Following conversion, you will be able to upload Spotify song titles without restriction to any media player or device (such as iTunes/Apple Music, MP3 Player, car player, or other portable players). 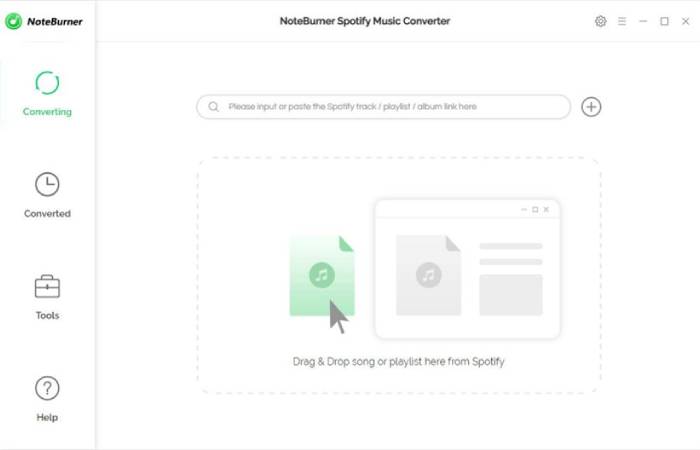 Spotify Music Can Be Converted to AAC, MP3, WAV, AIFF, FLAC, and ALAC.

You can easily convert Spotify Music songs, podcasts, and radio broadcasts from Ogg Vorbis format to normal MP3, AAC, FLAC, WAV, AIFF, or ALAC format using NoteBurner Spotify Music Converter. Want to download all the music on Spotify at once? Drag and drop your preferred playlists to NoteBurner for conversion and parsing. Remember to choose “Playlist Index” settings as well in order to save the same song order as your original playlist.

10X faster speed with no loss in quality 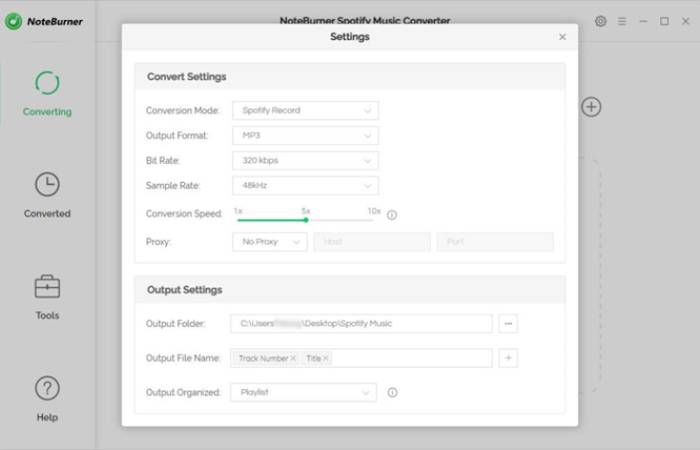 Maintaining ID3 tags for each Spotify track is encouraged. After conversion, the title, artist, album, artwork, track number, disc number, and year will all still be included in the ID3 tags of the output audio files. so that the crucial metadata won’t need to be manually entered after conversion.

This Spotify music recorder will simply take a few simple steps to encode the Spotify song, radio, or podcast, so no additional hardware or virtual drivers are required. Even for complete newcomers to computers, it is rather simple to use.

You can download Spotify music with NoteBurner Spotify Music Converter. Using this application, you can download MP3s from your Spotify playlist. The software will analyse and import a playlist if its URL is entered into the Noteburner search window.

How Did it Function?

Support to Download Songs from Spotify Free and Spotify Premium in Batches.

The best music streaming service in the world, Spotify, has a tonne of music resources and organizes them into playlists so users can shuffle and play music inside the app. Some users, however, could consider downloading Spotify playlists offline so they can listen to the music more conveniently even when there is no network connection, or saving the playlists to other devices or music streaming services for unrestricted playing.

But are Spotify playlists downloadable with a Free account? If I can keep playlists offline, how can I download numerous playlists at once to save time? The following will provide you with the solution – use NoteBurner to download Spotify playlists in bulk on all devices with or without Premium.

When a user subscribes to the Spotify Premium plan, you have the option to download a complete Spotify playlist. As a result, you won’t be able to directly download Spotify playlists in its app if you aren’t a Premium subscriber.

Most people typically think of digital downloads when they want to download high-quality 320kbps music as local files. But it’s a significant financial outlay for individuals who wish to download plenty of tunes. Is there a more affordable way to acquire lossless, high-quality MP3 music? Have you ever considered using a streaming music service, which provides access to millions of songs in high audio quality for just $10 per month? Consider using Spotify Premium.

One of the key differences between Spotify Premium and Spotify Free is that paying members get access to 320kbps high bitrate tracks for both online and offline listening. However, there are restrictions. Like other music streaming services, Spotify prohibits downloading its songs to local computers since all of its songs are locked. So under this circumstances, NoteBurner will help to download Spotify Premium songs with 320kbps high quality output.

The majority of ID3 tags, including title, artist, album, artwork, track number, disc number, year, comment, genre, albumartist, and composer, will be retained by NoteBurner automatically after conversion. You can identify your iTunes streaming music much simpler with the help of these meta tags.

Select “Spotify Record” in order to convert songs from the Spotify app. Or, choose “WebPlayer Download” and it will open the Spotify web player for downloading songs.  In order to meet your different needs, NoteBurner has integrated with both downloading methods that most Spotify converters provide.

You may access your music without downloading the Spotify app to any of your devices by using the “WebPlayer Download” mode. You may not want to log into your Spotify account on third-party tool, so “Spotify Record” mode helps. After conversion, you could listen to your favourite songs wherever you are, whenever, with just NoteBurner and a Spotify account.

Of course! Before your device’s storage capacity is full, you can download as many Spotify songs, albums, playlists, and podcasts as you want. You may use this tool to download Spotify songs and stream on Mac, iOS, Android, and Windows to use the actual app.

Support up to 46 languages.

The world’s top music converting services and products, including the Mac and Windows versions of Spotify Music Converter, iTunes Audio Converter, Amazon Music Converter and so on are all provided by NoteBurner Inc., a reputable multimedia software provider. NoteBurner guarantees to give users with free software upgrades and quick online help as a dependable streaming music downloading solution supplier. 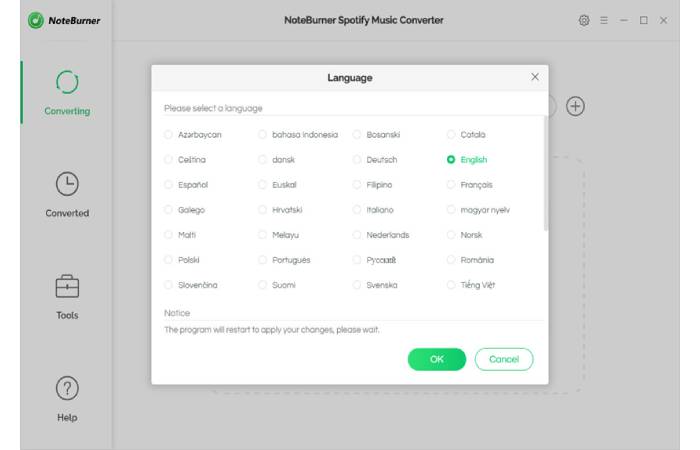 All in all, NoteBurner is a reliable choice to convert or download your streaming music to computer for offline streaming at anytime anywhere.

Technology and web development trends in 2023

Adobe Connect: An Only Guide you need to create an Outstanding Webinar Content

What is VPS Hosting? — What You Need to Know About Virtual Private Server

Best GPU dedicated servers and VPS with NVIDIA GTX in 2020

How Much Does Bing Advertising Cost?