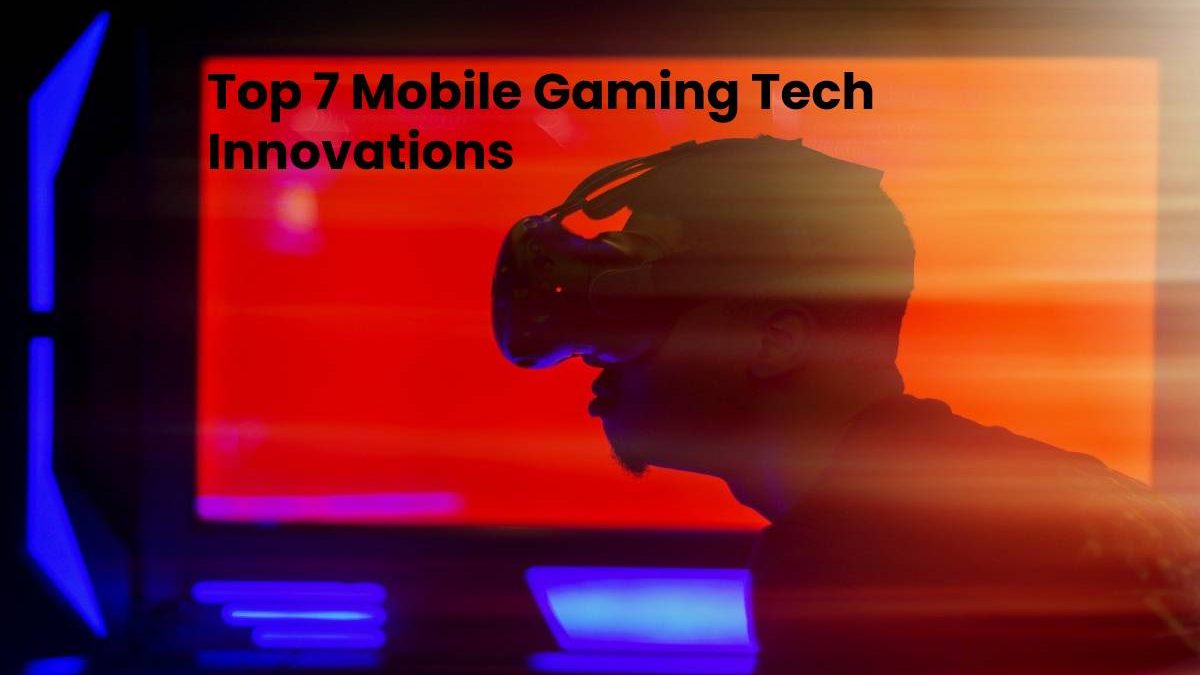 Technology changed the lives of almost everyone in this generation. Regardless if you are directly using modern technology or not, it has surely influenced the way you are living your life right now. Who would have thought twenty years ago that we would come to a point where we would be able to talk face-to-face with people across the other end of the world in real-time? Who would have thought that we would be able to have information that is bigger than most libraries literally in the palm of our hands?

Among other industries, technology also changed the world of gaming. From where it was decades ago, the gaming scene had gone a long way, thanks to the advancement of technology. From cutting-edge games to mobile casinos to be able to “live” in the world of the game itself, here are the top seven mobile gaming technology innovations you must know about.

VR made a big noise a few years ago when there was a big battle between VR headsets for consoles and computers. You have the Oculus Rift as well as the PlayStation VR. Even smartphones jumped into the trend, with Google Cardboard being one of the affordable solutions.

Simply put, VR lets you experience a game in an immersive way like never before. You get to have immersive audio in all directions, see the environment in 360-degrees and feel and if you are in the world of the game.

One good example of this Niantic Games’s Pokémon GO. This game became a huge hit all over the world for bringing Pokémon “to the real world.”

Can you imagine playing a game without the need to install a huge amount of data for it on your computer, console, or mobile phone? This is what cloud-gaming is all about. You get to play games without the need to worry about storage for data–as everything else is played on a cloud-based system.

Imagine playing huge AAA games for the console such as GTA V, and you can do it on your mobile thanks to could computing making it possible!

The use of blockchain

When you talk of blockchain, you think of Bitcoin. While cryptocurrencies are indeed part of the blockchain, it is more than that. It can be used in processing game data and player information faster and more secure than ever.

Automation in gaming is much more “intelligent” than before. Now, a game being “intelligent” is more than it can handle being a COMP player on otherwise two-player games. It can randomize results, an algorithm that is widely used in the online gambling industry, among other things.

AI is also used in recognizing player profiles when it comes to security measures such as the KYC (know your customer), again used in online gambling.

Years ago, open-world games are only for consoles and computers. Mobile phones cannot handle such a huge feat. But now, that has been proven wrong. New mobile games such as Genshin Impact proved that a mobile device can handle something as huge and expansive as an open-world environment.

Although improved graphics are technically no longer new, the fact that it continues to improve throughout the generations of gaming, and the fact that it gets more and more realistic in its details, prove one thing–that one day, we may no longer recognize the difference between a computer graphic and real life.

How to Communicate Effectively in the Workplace