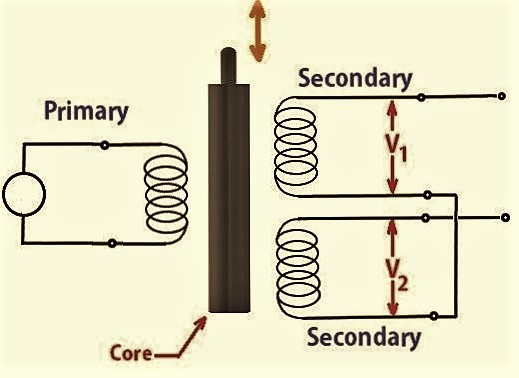 The micro LVDT is made of two basic elements i.e. stationary coil assembly as well as movable core in form of an armature. A micro LVDT can measure linear displacement measurement by using DSP (double sideband suppressed carrier) (Ford et al., 2001). This is cost-efficient as well as power saver and has improved response as compared to existing solutions along with better noise rejection than normal LVDTs as a core processor and the output data is obtained from the differential transformer and the data is processed with help of digital filtering along with analysis. The measurement precision of micro LVDT reaches 0.1 mm. Also, this system is best suited for non-contact i.e. frictionless as well as non-destructive displacement measurement of rotary as well as small linear, and thin precise mechanical parts.

Signal conditioning circuits of micro linear Variable differential transformer (LVDT) uses minimal excitation circuitry linked with magnetic demodulation as well as excitation oscillator (Liang et al., 2014). A micro LVDT utilizes coupled inductance of a primary coil of the machinery in form of micro-power excitation carrier frequency to reduce a drive power of the system. But the signal conditioner circuit includes an oscillator which is coupled to an LVDT’s input (Anthierens et al., 1999) and the oscillator’s output frequency is tuned to a particular frequency by resonation and also by setting the inductance value which is supplied across secondary coils of the LVDT.

The detection of position and displacement by micro LVDT servo controls as well as the associated circuits is a complex process. By using the micro LVDT, the power consumption is decreased from the detection circuits and the occupied volume along with significant power reduction from the factor variability of the components.

Thus an LVDT with less power i.e. microwatt signal conditioners are best replacements for linear servo potentiometer control systems and are best resistant after exposure to harsh vibration as well as high-temperature environments. In addition to this, the micro LVDT is desirable for maintaining optimum performance in high radiation environments by reducing the use of susceptible semiconductor networks.

These convert the small mechanical displacements in the sub-nanometer range, into differential voltages. Thus the conversion of linear motion (Haijiang et al., 2009) into an electrical signal by the use of transducer occurs in a range of microns.

How Micro Lvdt is better as Compared to Other Transducers and Transformers and Overcomes various Challenges:

Q1: What is a micro LVDT sensor?

Also, it utilizes actuating mechanisms for automatic control systems as well as mechanical motion sensing such as in measurement technologies.

Q2: How micro LVDTs are better than potentiometers?

ANS: The differential design of micro LVDT has a significant advantage as compared to potentiometer as the resolution is not limited by the spacing of coil windings. Also in a micro linear transducer, the movement of electromagnetic core is even with limited excitation frequency which causes a proportional change in output.

Thus the micro LVDT has infinite resolution but the resolution is limited due to external output electronics as well as the physical suspensions.

Q3: Where can micro LVDTs be used?

ANS: The micro LVDT sensors are used in automated processes along within quality assurance as well as test rigs, hydraulics, automotive engineering and pneumatic cylinders with low power consumptions and high precision measurement with non-contact forces.

How to Choose the Right Digital Marketing Partner

Top 5 Ways to Protect Your Small Business with Cyber Security

Which are the popular Bitcoin Forks?