Home > Definitions > What is W3C? – Definition, History, Bases, And More 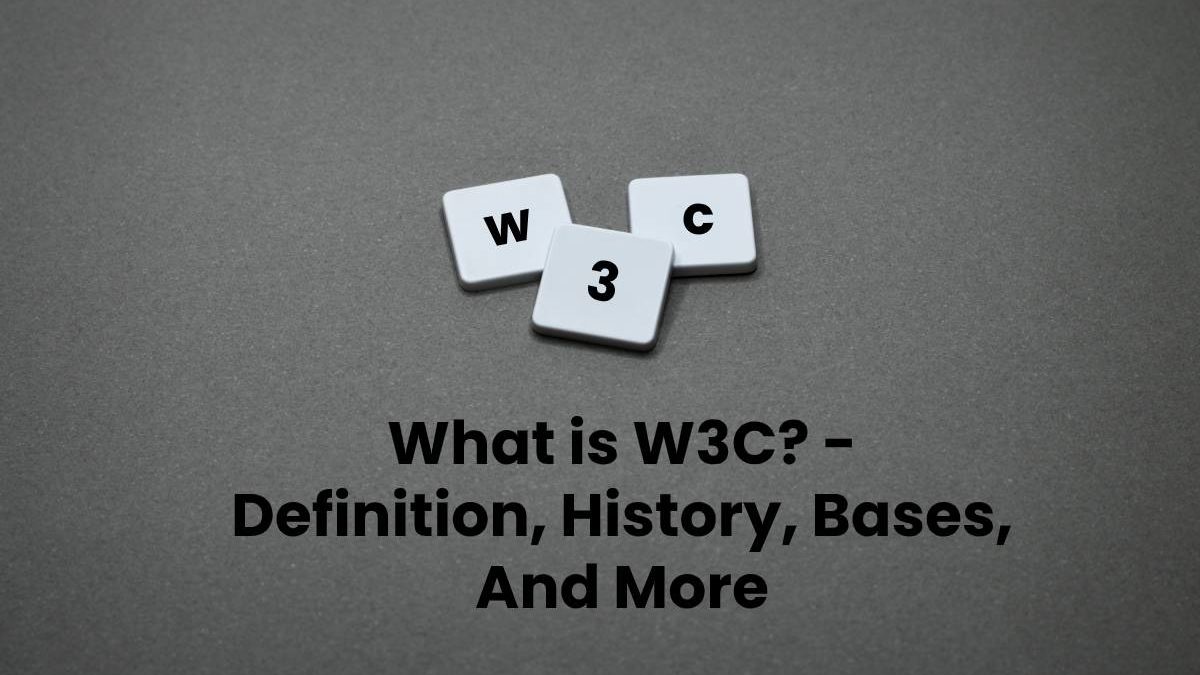 What is W3C? – Definition, History, Bases, And More

W3C is an international community where Member organizations, full-time staff, and the general public work together to develop Web standards. Led by Web inventor Tim Berners-Lee and Chief Executive Officer (CEO) Jeffrey Jaffe, W3C’s mission is to guide the Web to its full potential.

Also read: What is Telnet? – Definition, Uses, Disadvantages, And More

The purpose of the standards is to create a universal website

Accessible, easy to use, and trusted by everyone. With these open and free-use technologies, the aim is to avoid fragmentation of the Web and improve infrastructures so that one can evolve towards a Web with better-organized information.

Some of the best known and widely used Web standards are:

These standards are subject to the W3C Patent Policy, which allows them to get free used by the entire Web community. By using the same technologies, the machines understand each other, and any user can interact with the rest.

The W3C Consortium carries out the development of quality standards through a practical and transparent process uniting organizations, staff, and the community.

Members and a group of technical experts have made it possible for the W3C to be recognized internationally for its contribution to the development of the Web, also, the different organizations around the world that are part of the W3C participate in the forum in a neutral way for the creation of Web standards.

Some critical components of the organization are:

The groups created, made up of representatives of Member organizations and also expert guests.

The W3C develops Web-related standards, also known as Recommendations, which serve as a reference to build an accessible, interoperable, and efficient Web. The Process followed by the Consortium promotes justice, responsibility, and progress: all the characteristics of the W3C mission.

Its Members (more than 400 organizations from different fields: hardware or software, research centers, universities), the W3C Team, invited experts and any Web user who wants to express their opinion participate in the creation of the W3C Recommendations. All of them work together through a process based on consensus, neutrality, and transparency of information.

To help developers who want to use its Recommendations, the W3C offers a series of tools that allow verifying with a correct application of the specifications. Manuals of directives or good practices of specific technologies, and the syntactic validators of languages, are examples of these aids.

Here you will see the information and introduction of the W3C Process and the work vision they have.

The social value of the Web is that it makes human communication, commerce, and opportunities to share knowledge possible. One of the main goals of W3C is to make these benefits available to everyone, regardless of hardware, software, network infrastructure, language, culture, geographic location, or physical or mental ability.

They work to make possible the use of web technologies with different languages, scripts, and cultures.

Examines the problems for deployment and giving access to services to all devices, guiding the development and also consultation of the state of technology to solve those problems.

The Web of Devices

Over time, the number of different devices to access the Web has grown exponentially. The W3C focuses on technologies that allow access to the Web from anywhere, at any time, and through any device. It includes access to the Web from mobile phones and other mobile devices, in addition to the use of Web technology in electronic consumption, printers, interactive television, even in cars.

W3C’s mission is to ensure that the Web is available on all types of devices as possible. With the rise of powerful mobile devices in recent years, the role of the Web as a platform for content, applications, and also services is increasingly important.

Browsers and other agents

The W3C vision for the Web includes participation, sharing knowledge, and thus building trust on a large scale.

Web of Authors and Consumers

The Web is a communication tool to allow the exchange of information between everyone and also from anywhere. For many years, for many people, the Web was a “read-only” tool. Blogging brought more authors to the Web, and social media emerged from the thriving marketplace to create content and also personalize Web experiences.

Focused on standards for the construction and representation of Web pages, including HTML5, CSS, SVG, Ajax, and other technologies for Web Applications, “WebApps.” They also help how to make pages accessible to people with disabilities (WCAG).

Web Architecture focuses on the fundamental technologies and principles on which the Web is based, including URIs and HTTP.

Also read: What is Tweet? – Definitions, Features, Types, And More

What is Usenet? - Definition, Functions, Uses, And More

What is Spyfone? – Definition, Reviews, and More