Home > Definitions > What is Telnet? – Definition, Uses, Disadvantages, And More 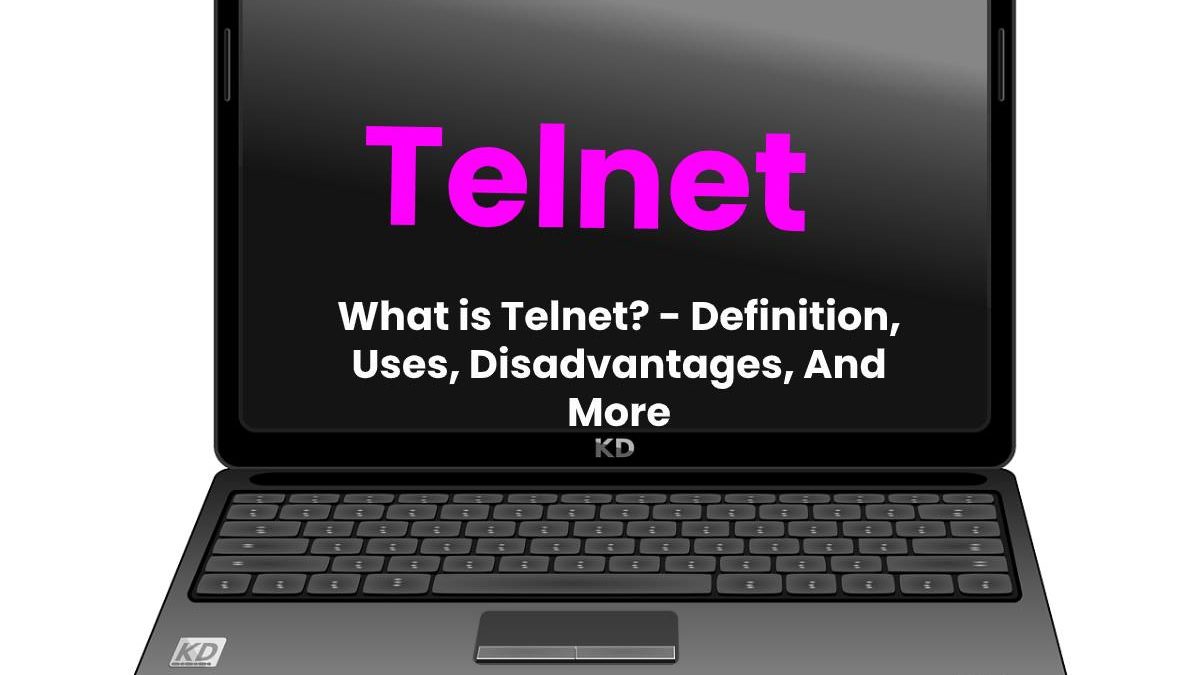 Telnet is the acronym for Telecommunication Network. It is the name of a network protocol used to access a computer and manage it remotely. The term also allows naming the computer program that the client implements.

How do Telnet works?

A technician can access the computer in terminal mode (without any kind of graphical interface) and allows remote troubleshooting. So that he can deal with the problem without having to be physically next to the equipment in question.

Also read: What is PPTP? – Definition, Functions, Disadvantages, And More

Telnet also makes it possible to remotely query data or start a session with a UNIX machine (in this case, multiple users can log in simultaneously and work with the same computer).

Another use of this protocol is linked to access to the Bulletin Board System (BBS), an announcement system that was the forerunner of current Internet forums.

Telnet’s main problem is its security flaws. The information travels over the network without encryption. Which allows some spy to access data such as user names and passwords. That is why Secure Shell (SSH) emerged in the mid-1990s as a kind of encrypted [telnet].

SSH protocol represents a more secure alternative, performs the encryption of the information before its transmission. And also the authentication of the computer with which it tries to connect. It also enables more sophisticated user data verification than telnet. Of course, to offer this extra flow of benefits also requires more resources; In other words, a network that implements SSH must have more powerful machines than those used for telnet.

You can understand the poor security offered by telnet by analyzing its history. When this protocol was developed (in the late 1960s), networked computers got located in academic institutions or government offices; therefore, it was not necessary to invest resources in the encryption of the data since no person outside these establishments had access to their computers.

PuTTY is the name given to a popular application that offers services such as serial communications by a terminal, telnet, SSH, rlogin, and secure file transfer through SFTP and SCP. It is worth mentioning that it is free and open-source, in addition to providing its users with a high degree of personalization. Regarding compatible operating systems, it supports all versions of Windows from 95, Unix, and Mac OSX.

Fundamentals of a Telnet connection

Telnet When you want to start a session from a remote computer, you can use the telnet command accompanied by the IP address or the name of the destination computer; for example, to establish a connection to the machine tests.midomain.com, the required command line is as follows: telnet tests.midomain.com. You can do the same in case you have your IP address: telnet 0.1.2.3.

After successfully established the connection, it is time to provide the username and password to start a session in text mode (a virtual console without a graphical interface. Which allows you to control the remote computer through commands written).

Data transmitted through a connection that works according to the telnet protocol does not have any type of protection or encryption. It gives other users the possibility to view them if they manage to access them through hacking techniques (from the English term «hack,» which in this case means «gain access to a computer or application without permission»). Without the need to bother in deciphering them. It is worth mentioning that to carry out this hacking practice; they use programs or devices known as packet analyzers or packet sniffers.

Also read: What is Static Website? – Definition, About, Functions, And More

New to Cloud SecOps? Beat hackers and boost security with these 5 fundamentals

What is JavaServer Faces? – Definition, Objectives, Elements, And More

What is BYOA? -Definition, Types, Advantages and Disadvantages