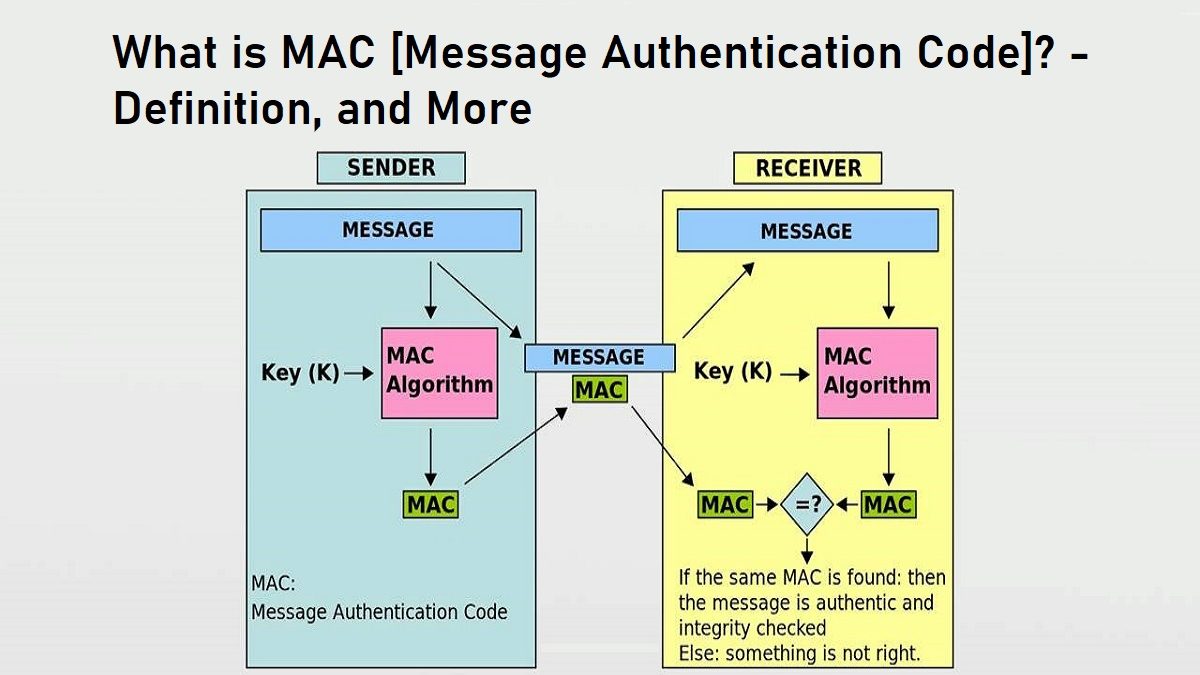 What is MAC [Message Authentication Code]? – Definition, and More

A MAC (Message Authentication Code) used to obtain certainty about the origin of data or messages and their integrity check.

MAC algorithms require two input parameters, firstly the data to be protected and secondly a secret key, and use both to calculate message authentication code.

It values protect both the message’s data integrity as well as its authenticity by allowing verifiers to detect any changes to the message content.

Also Read: What is Time Based One Time Password (TOTP)? – Definition, and More

How does MAC work?

What are hash functions and digital signatures in [MAC]?

Also Read: What is a Personal Firewall? – Definition, Types, Safety, and More

What is a Macro Virus? - Definition, Types, and More

What is a Personal Firewall? - Definition, Types, Safety, and More

There are several DevOps tools to accelerate your enterprise deployment. Certainly, the software development market has been growing steadily due…

The Benefits of Using Product Videos on Your eCommerce Site

Is Your Home Network Safe? Here’s How to Be Sure

Why You Should Launch Your E-Commerce Business Now

Launch Your E-Commerce Business E-Commerce is a big business, with global sales in the trillions every year. And part of…