Home > Technology > Are mobile apps getting worse for reliability? 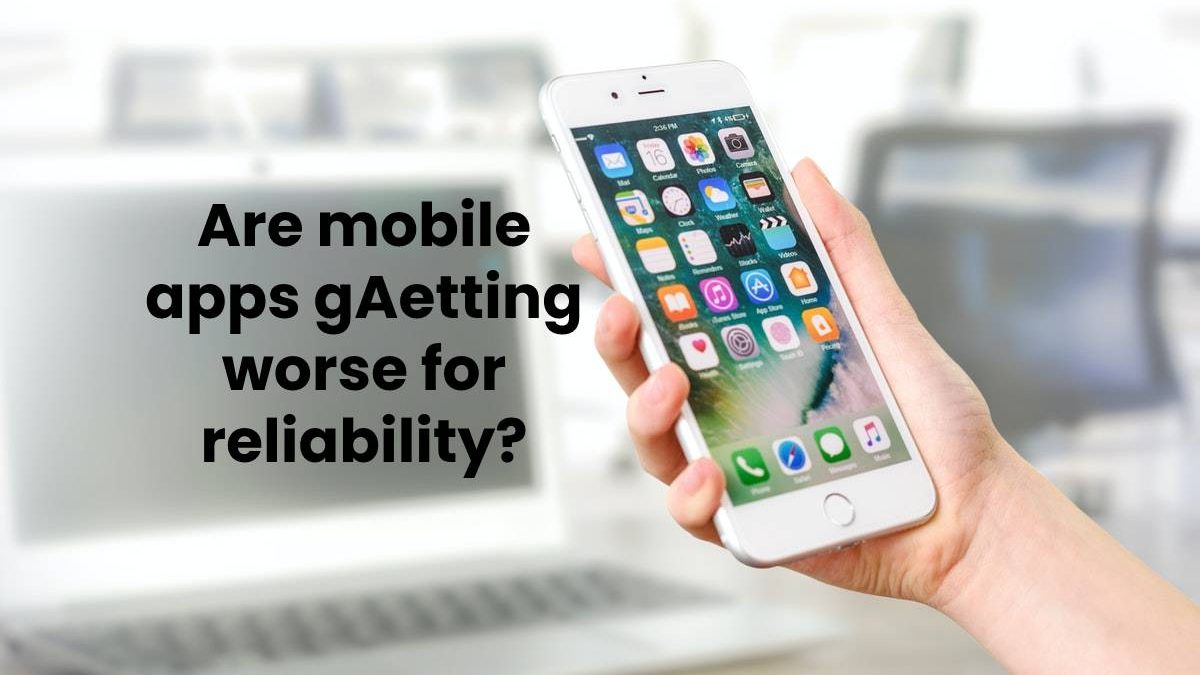 Are mobile apps getting worse for reliability?

Are mobile apps getting worse for reliability

There is a growing argument that mobile applications are starting to get worse and worse, despite the fact that technology seems to be going in the other way and getting better and better as time goes by.

Indeed, whilst there is a mobile app for almost anything and everything available to download on smartphones and tablet devices, there are some that continue to be concerned with the reliability and the performance of some of these apps that have been created.

Of course, it is no good to anybody if the app is considered unreliable, as they will not be as effective as possible and can leave users feeling rather frustrated with them when trying to accomplish whatever they want with them.

What is reliability and how is it defined?

It is perhaps wise to understand what ‘reliability’ means and how it can be defined in regard to the world of mobile apps before going on further in this article.

When taking a look for the definition, it is suggested that the term reliability in regard to an app should be characterized as being accessible when needed, responding as quickly as it possibly can, be updated and modified when required, provided the expected levels of security and safety, whilst meeting all of the expectations of everyone involved with the app.

Here are just some of the issues that have potentially made mobile apps feel worse than they have ever been when thinking about whether they are reliable or not:

Whilst some mobile apps may appear to have all the shiny bells and whistles that are required to make them look appealing and attractive on the eyes, if the app cannot handle everything the developer has decided to include on it, there is an inevitability that the app will crash.

There are a number of mobile apps in which this would be considered a disaster at the best of times, with those that have been designed by sportsbooks perhaps amongst some of those that need to be the most reliable.

Unfortunately, there will be some that have had their reputation suffer a little when it comes down to this, though, as many will have noticed that there are a lot of sports apps causing customers headaches for this very reason, which is a common complaint from fans on gamblecolorado.com

Out of date or feeling old

A mobile app that looks old or appears to be out of date can be considered rather unreliable and one that can leave users feeling a sense of concern regarding their safety and security when using it.

There are many apps that can be download from various app stores on different platforms that do not look very appealing, whilst others look simply dated.

Those that look dated are perhaps the most unreliable mobile apps around, though, as they will have unlikely been provided with any TLC in a long time, which could make them rather insecure for anyone using them and potentially dangerous.

As can be seen, there are a number of reasons as to why many may feel that mobile apps are getting worse for reliability factors, however it should be noted that there is another argument to be had, as many app developers work tirelessly to meet the definition of reliability when it comes to mobile app development.

The main thing is to be as safe as possible when using apps and if it causes headaches, then perhaps consider using another one.

Review Are mobile apps getting worse for reliability?. Cancel reply

Why is IT outsourcing cost-effective?

How call centers are being modified using Artificial Intelligence

How Do You Choose the Best VPN for Your Needs?