Home > Technology > A Quick Comparison of DigiByte (DGB) and Bitcoin (BTC): Which Is Better? 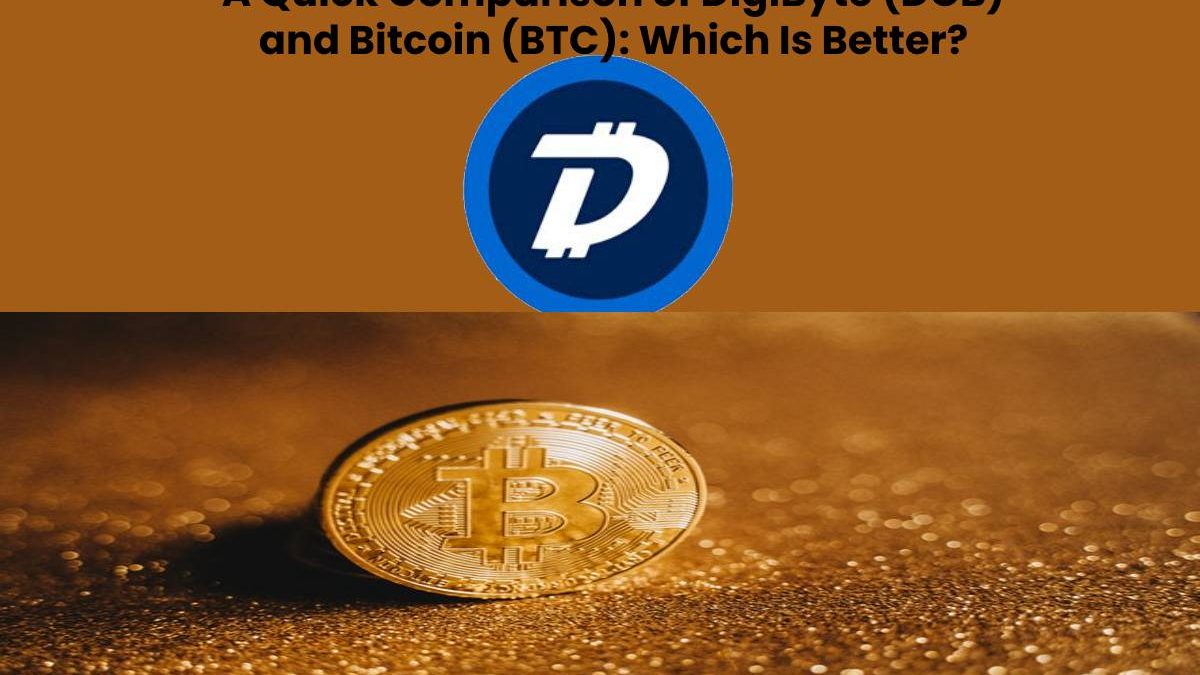 A Quick Comparison of DigiByte (DGB) and Bitcoin (BTC): Which Is Better?

A Quick Comparison of DigiByte and Bitcoin

This article is one perfect place to understand DGB and BTC histories, features, and many other facts. Moreover, you get the chance to learn how to convert DGB to BTC with Godex.io. If you are interested, let’s get started now.

History of the Currencies

Bitcoin started in 2009 from a whitepaper published by an unknown person called Satoshi Nakamoto. The inventor was the world’s first to make a decentralized digital currency.

DigiByte first came into existence officially in 2014. In 2017, a separate transaction signature (SegWit) was created for better blockchain operation as the first altcoin. DigiAssets and the DigiByte Foundation were launched in 2019 and 2020 respectively.

Which Currency Is Better?

In terms of safety, speed, and mining operations, DGB is much better than Bitcoin. The 40-times transaction speed difference can be a game-changer in the industry. On the other hand, Bitcoin has better popularity and demand among investors.

In different use cases, both currencies have strengths. BTC has limited supplies and so creates massive demand. In contrast, DGB is fast, cheap, and has better scaling opportunities. So both can serve two different user bases.

Exchange DGB and BTC in Godex

We studied all the factors to compare DGB and BTC and present this quick guide to you. Both assets have their own strengths and weaknesses. We discussed how DGB can provide better fees, speed, and security.

On the contrary, BTC can significantly challenge DGB in terms of popularity. Since you might be interested in BTC after reading this article, you can try the Godex platform to exchange DGB for BTC. Just remember that the choice of the coin is always up to you.

Review A Quick Comparison of DigiByte (DGB) and Bitcoin (BTC): Which Is Better?. Cancel reply