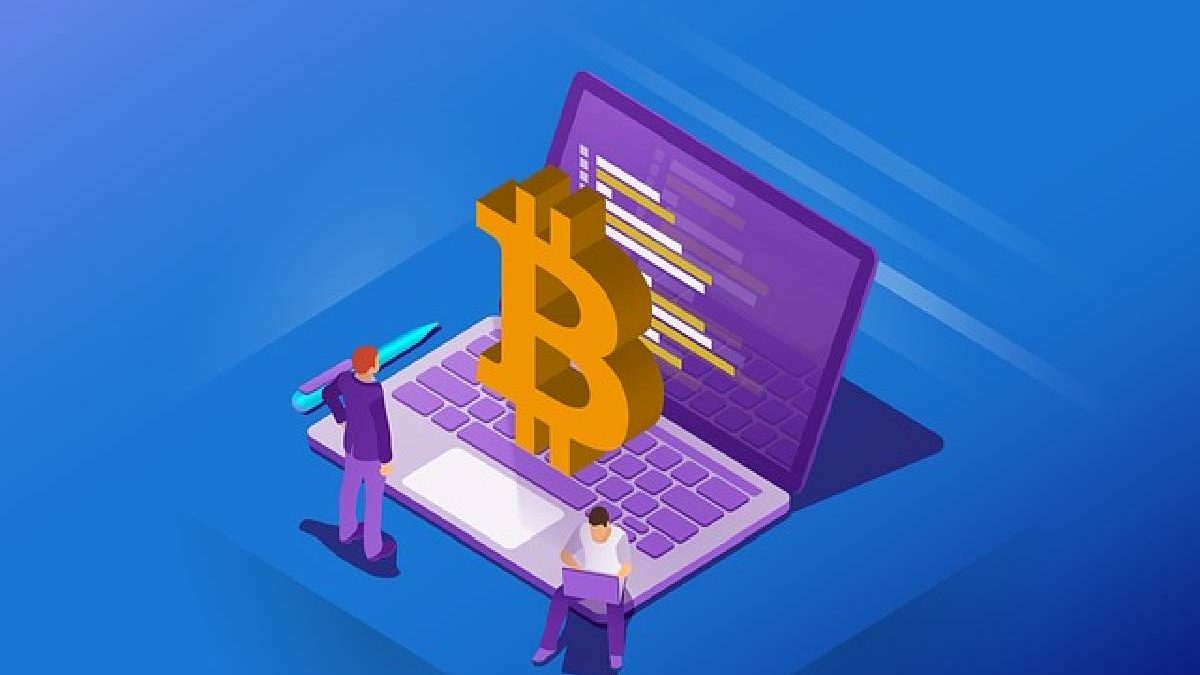 Bitcoin is experiencing a hike of 20% recently- it has crossed its record of $22,000 and has touched a new high of$23,000. It was utterly thrilling to the investors to witness the world’s largest cryptocurrency rising by over 13% in 24 hours. 2020 is the year where Bitcoin has soared up to 204%. Why this sudden surge? How has Bitcoin broken its record and reached a new milestone in a year where the global economy went topsy-turvy?

The driving factor is renowned investors and institutions are accepting Bitcoin as a healthy investment option. The confidence is generated when corporate and financial institutions have willfully sold gold to buy bitcoins. Microstrategy and Massmutual have invested a significant sum of $475 million and $100 million, respectively. This faith has been a magnet for other investors to pledge their money on bitcoin. Alan Howard,British billionaire hedge fund manager, is backing a new institutional-focused investment firm that is preparing to allocate $1 billion to bitcoin.

Bitcoin has gripped the headlines for since long, and it still stands on the fine line distinguishing between white and black. Fans hail it as liberation from traditional exchange experiences, and critics demonize it as a threatening creation. But looking at the flow of investors, things are looking up for Bitcoins in 2020. Bitqt login takes you through an advanced, user-friendly, and highly secure trading experience.

Types of Investment in Bitcoin

The initial and most accessed way is purchasing a coin or a fraction of it through trading apps like Coinbase. To start an account, you will be asked for personal information and depositing the amount, which is the bitcoin you are purchasing. It is kept safely in an encrypted wallet whose access is offered only to you. Just like any stock or ETF, you have full access to monitor the performance of your Bitcoin. There is complete freedom to buy or sell anytime.

If investors prefer investing through the capital markets, Grayscale’s Bitcoin Investment Trust is the most trusted way. Along with added advantages, GBTC becomes a more attractive option. Shares of GBTC can be held in specific IRA, Roth IRA, and other brokerage and investor accounts. This makes it easily accessible for different levels of investors and compatible with a broader variety of budgets. For those investors who are not well versed with the technicalities of Bitcoin, GBTC offers an offline storage mechanism for safe access.

Investors receive a product that monitors the value of one-tenth of a bitcoin. Let’s say the Bitcoin value is $1000; each share of GBTC should have a minimum asset value of $100. But this comes with a fee of 2%, directly impacting the underlying value. Investors are happy to pay for security, easy access, and liquidity (converting to cash).

BLOK is a steady fund whose holdings are distributed among 15 different industries and is traded on the New York Stock Exchange Arca. The company inclines its investment towards other companies that are working towards the development of blockchain technologies. The net expense ratio of BLOK is 0.70%.

The idea is a derivation of Bitwise 10 Large Cap Crypto Index, storage for large-capacity coins. The company assures security and easy access to a traditional ETF.

Bitwise 10 Private Index Fund asks for a minimum investment of $25,000. The ratio is 2.5%. Similar to GBTC, the investors get an option to hold their assets offline with complete security.

Nakamoto deliberately wanted to keep Bitcoin transparent as that was the reason behind its coming into being. It’s an open ledger displaying all the transactions ever made but, of course, in an anonymous and encrypted form. A bitcoin exchange is a replica of a bank where a person can buy and sell bitcoins with traditional currencies. The demand and supply impact the price of bitcoin, and it keeps fluctuating frequently. Miners are people responsible for monitoring a bitcoin transaction and securing the network from any threat. The bitcoin protocol only allows new bitcoins to be created at a fixed rate. This way, no developer can unethically profit by manipulating the system. The maximum number of units of Bitcoin to be created is set at 21 million. Bitcoins also have subunits, and the smallest fraction is Satoshi.

Hodl is a popular term in bitcoin investment referring to holding a bitcoin. It is a backronym (when an acronym is derived from an existing word, here, hold). Hodl is described as “hold on for dear life.” The investor who has a bitcoin is a “holder.”

Many people invest in bitcoin with the mindset of holding it as an asset. They show faith in bitcoin’s long-term prosperity, ignoring the volatility and focusing only on its long journey towards a higher value.

Investors looking for immediate returns set long positions on Bitcoin. They purchase bitcoin and sell it when the price surges. The volatility of Bitcoin is the strong point that drives this kind of investment. When the market makes a move in their favor, they receive a high rate of return by selling. In witnessing its popularity, many trading sites voluntarily provide leveraged trading by lending money to you and increasing your return.

Some investors wait to take advantage of the declining bitcoin, which often occurs during bitcoin bubbles(the price increases rapidly and then drops quickly). Investors sell their bitcoin at a specific price and then repurchase it when there is a decline.

To make it easy, suppose you bought a bitcoin worth $100 and sold it for $100. When you see a plunge in the price, you repurchase it at a lower price. The difference between the selling price and the new decreased purchase price is the profit you are gaining. Platforms entertaining this kind of trade are difficult to find.

Risks of Investing in Bitcoin

Bitcoin is an Unstable Asset

Its uncertainty defines the cryptocurrency market. The history shows how the prices of Bitcoin performed, and It is inevitable that if you invest in 2020; You have achieved 187% profit. However, if you had invested in 2018, there would have been a loss of 73%.

It is still a mystery what market forces drive these prices up and down. Like other currencies, the supply and demand and the number of competitors influence the fluctuation. This puts investors on the edge of risk.

Exchanging Bitcoin has faced certain untrustworthy circumstances, especially in the initial days. Among one of the first largest bitcoin exchanges, Mt. Gox was devastated after being hacked based in Japan. It lost 850,000 bitcoins and hundreds of millions of dollars. It was a hard blow that shook the cryptocurrency market. Another incident took place in April 2016 when a glitch while and exchange led to a fall in Bitcoin’s price to $0.60 on Coinbase.

New Cryptocurrencies to watch out for

The recent addition to smaller cryptocurrencies is bitcoin, bitcoin cash, and EOS. It might seem tempting and a more reasonable option, but newcomers are more prone to volatility. If they tempt you, don’t go all out; invest only 5% of your money.

‘Stablecoins‘ are considered the less risky option of investment. It is still undergoing development but possesses a potential solution to the risks of volatility and credibility surrounding crypto assets. What makes it different from cryptos is that stable coins have actual assets (regular currencies) supporting them.

DAI and TUSD are two such stable coins backed by US dollars (one coin is worth $1). Maker (MKR) is a platform where you can deal in DAI. Crypto platforms are safer than directly investing in bitcoins. But as the risk is low, the gain is meager too.

Tether is the largest stable coin at present, going with the value of $1 per coin. It gained a lot of popularity during the pandemic. It is still maintaining its position and has succeeded in doubling the market value from $4.6 billion to $9.2 billion. However, it will even not be anywhere compared to bitcoins. Theoretically, the value of one coin can not be more than $1. Investors looking for a vast property will not be inclined towards Tether or other stable coins.

Another less risky option for long-term investments would be to invest in companies associated with cryptocurrencies. It has been revealed that Facebook is planning the launch of a new currency called Diem.

Bitcoin’s drawbacks are very transparent, and there is not much that can be done to improvise them. However, the possibilities of enormous profit are alluring. Although multiple options let you invest in bitcoin, buying Bitcoin through an exchange exposes you to volatility. Investing through a trust or an ETF minimizes the risks.

Make sure that you don’t invest more than you can afford to lose. As it is a high-risk investment, it should only be a small part of your investment plans.

Time And Resource Management Are What Separate The Average From The Best, Here’s How That Applies To The Stock Market

3 Best Writing Tools which help you to Write Good Content