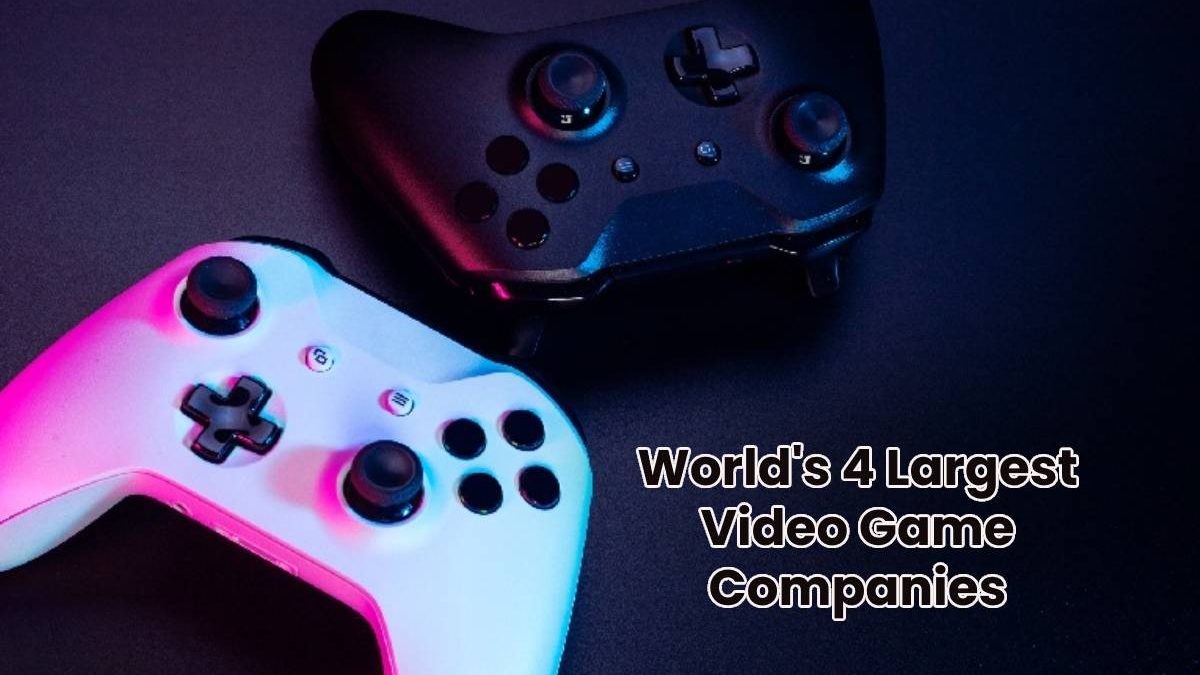 With the rise of esports, movies and TV shows based on video games, and technological advances, the world of video games will only grow in both size and scope. In addition to that, the industry’s audience is a mixed bag of people from different age groups, countries, status, and more. There’s a genre for everyone and seemingly everything nowadays.

Given its widespread appeal and myriad fun possibilities, it’s not surprising that it’s grown into a billion-dollar industry. It helps that people have been forced to stay at home because of the pandemic, and more people have started playing video games to pass the time. This is demonstrated by the Animal Crossing hype that occurred during quarantine.

There are numerous game development companies, both corporate and independent, sprouting up, making the market extremely competitive. However, there will always be familiar titles on the best-seller lists, names you may have known since childhood.

Sony Interactive Entertainment (SIE), formerly known as Sony Computer Entertainment (SCE), is a Japanese multinational video game and digital entertainment company that was founded in 1993. It is a Sony Group Corporation subsidiary responsible for the development and distribution of video games and the PlayStation system.

Because of how popular its consoles and game franchises are, it is the biggest game company right now, making $24.9 billion from games.

Their most notable games include:

God of War: Ragnarok, the latest installment in the God of War franchise, is set to be released on November 11, 2022.

Nintendo is another Japanese multinational company well-known not only for being one of the biggest video game companies but also for its longevity, having gone on for 130 years and still going strong. Before hitting it big in the video game industry, they dabbled in other business endeavors before starting out with the creation and distribution of hanafuda cards.

From there, everything just snowballed as they made their mark in pop culture and the history of video games. Even though they may not have the highest revenue, they have produced some of the most recognizable characters across all generations.

Their most notable games include:

The highly anticipated next installment in The Legend of Zelda series will be released on May 12, 2023.

When it comes to listing top companies, Microsoft will always find a way to be there somehow. Xbox Game Studios, formerly known as Microsoft Game Studios, is an American video game publisher founded in 2000.

Along with their Xbox consoles and developed games, they have acquired many game development studios, which has increased the company’s revenue. Mojang, the Swedish company that created Minecraft, one of the best-selling games of all time, is one of these well-known acquisitions.

Among their most notable games are:

Tencent, also known as Tencent Holdings Ltd., is a Chinese multinational corporation that primarily focuses on mobile games. It is currently the largest video game vendor in the world and one of the most financially valuable corporations.

The company was founded in 1998 with the intention of providing internet-based services. They eventually entered the video game market with their own games and by acquiring other game development companies, such as the American-based Riot Games, one of the largest game studios.

Their most notable franchises include:

A Glimpse of the Gaming Community

The gaming industry has a large and passionate following, especially for older and well-established games. The gaming community has also expanded beyond passionate video game players to include Let’s Players, Let’s Play viewers, film franchises, and more.

For newcomers, entering that world and interacting with others can be intimidating. Not to mention the tainted reputation in some corners of the gaming community.

To address this, video game companies are becoming more involved with their communities. They have increased their social media presence and improved their customer service for gaming in order to increase interaction, moderate content, and get a sense of their audience.

As the community grows, so does the demand for new games and ideas. Keeping these factors in mind, the video game industry is certain to survive and thrive for a very long time.

How to make an effective PowerPoint presentation

Everything You Need to Know About Bingo Game

Why Should You Use DynamoDB Streams?

The Best Learning Games for Preschoolers to Play Online while Quarantine