Home > Technology > Why Should the World Adopt Blockchain Tech? 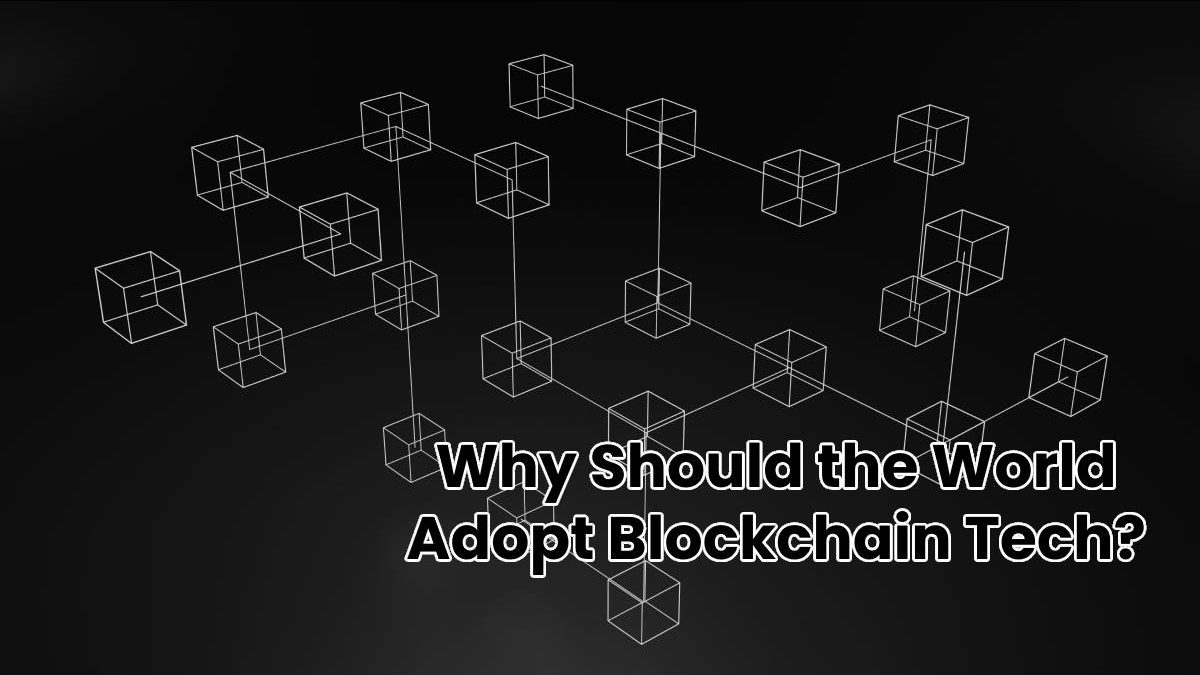 Why Should the World Adopt Blockchain Tech?

When people hear the term ‘blockchain,’ their minds directly go to Bitcoin. While Bitcoin was the first practical use case of blockchain technology, it expanded beyond cryptocurrencies. The blockchain is typically used as a database for storing information.

Tech-inclined enthusiasts ask why the blockchain should be used instead of the typical database management system. The answer lies in the superiority the blockchain holds over other systems.

If the blockchain weren’t an upgrade on the existing system, the crypto industry would never have boomed. Thus, online shops and online casinos would never have implemented crypto as payment methods.

What Exactly is the Blockchain?

The blockchain or distributed ledger technology is a chain of transactions that keeps on increasing provided the blockchain is active. A blockchain can be public or private. Public blockchains include the famous Bitcoin blockchain, the NEO blockchain, and the Ethereum blockchain.

Every block is a transaction connected to the previous block, which forms a chain. Modifying the information in one block would require the previous blocks to be changed. Although this is technical information, the summary is that changing data in the blockchain is tough to achieve, making it the most secure form of a database management system.

The Benefits of Using the Blockchain over Typical Databases

Here are the benefits of using blockchain over other databases:

Immutability in blockchain tech refers to the degree of difficulty with which data can be changed. When network participants in a blockchain verify the data in a block, it becomes tough to change that information.

There are specific fields where information needs to remain intact and unchanged. They include real estate and the medical field.

Traditional database systems can easily get hacked since all the cybercriminal needs to do is attack the server on which the data is hosted. However, the blockchain is powered by numerous nodes located in different regions of the world.

Conducting a hack would require resources running into millions and probably billions, depending on how extensive the blockchain’s network is. If a participant in the network is hacked, the server will get eliminated from the network.

Bitcoin’s blockchain has the highest number of participants. Hence, it is considered the safest.

When you store data on the conventional database management system, the information gets lost if anything happens to the server on which it is stored.

On the other hand, utilizing the blockchain for data storage means that it is highly unlikely for the data to get lost. Even if one server goes down, the same information is available on the other servers, making it easier to recover.

Utilizing blockchain tech is a great way to mitigate the effects of a ransomware hack.

When your data is distributed through the blockchain network’s participants, you won’t need to hire data engineering employees for maintenance. Also, most administrative employees will not be required since smart contracts can be applied to the blockchain system.

The blockchain is a chain of connected transactions that network participants verify. Its advantage over the traditional database management system has been applied in several industries like the finance industry to create a cryptocurrency.

The key benefits of the blockchain include immutability, transparency, reduced expenses, and cybersecurity.

Review Why Should the World Adopt Blockchain Tech?. Cancel reply

5 Reasons Why Secured Network Connectivity is Essential for Cybersecurity

The Importance Of Tax Invoicing

How CRM Helps In Customer Retention For Your Organization