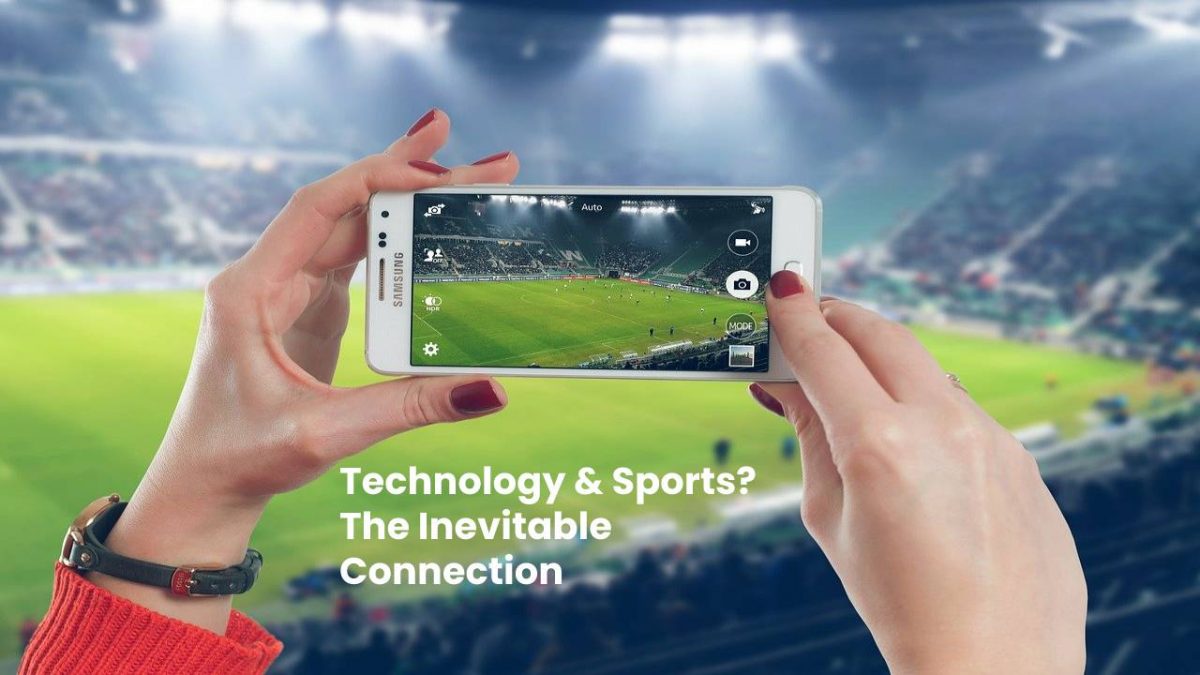 We constantly have an opportunity to witness the new technological advancements in a wide array of niches and life spheres. In this article, we are going to discuss the latest technological contributions to the world of sports. We’ve seen numerous positive and influential changes in terms of media coverage of the most popular sporting events in the world over the last couple of decades.

Just compare the experience you had while you were watching an English Premier League affair between Manchester United and Chelsea in 1995 and 2015. The same goes for the professional American leagues, as well as the most popular basketball or tennis competitions all over the globe.

The experience we are talking about is only bound to TV coverage, though. The key of this article is something distinct. We want to speak about revolutionary technological advancements that forever changed the world of sports. The main focus will be on VAR in football and the hawk-eye line-calling system in tennis. We have asked the experts of bettingtips4you.com to explain to us in details this new pieces of technologies.

What is VAR and When Was It First Used?

VAR is an acronym for video assistant referee. The project was conceived in the early 2010s. The main purpose was to allow specific in-game incidents to be reviewed by the special VAR team and then the main referee if needed. The system was initially tested during the Dutch Eredivisie 2012/13 campaign.

After successful mock trials, the Royal Netherlands Football Association (KNVB) sent a petition to the International Association Board (IFAB) with an intention of exploiting the system for more tests in other countries/competitions. The IFAB approved trials and organized the inaugural live trial of the VAR system in a friendly between Dutch teams PSV and FC Eindhoven in 2016.

The system quickly gained ground overseas as the following live trial happened in the United States in the match between a couple of reserve Major League Soccer (MLS) outfits. The first international game covered by the video reviewing system was a friendly between France and Italy.

The maiden official match that used the VAR system was the opening round of the Dutch Cup (KNVB Beker) between Ajax and Willem II in September 2016. It then spread out to the 2016 FIFA Club World Cup as Japanese Kashima Antlers were given a penalty kick after the video referee assistance in their drubbing of Atletico Nacional in the semi-final of the competition (3-0).

The system entered the top European leagues in 2017 when German Bundesliga and Italian Serie A begin applying it ahead for the 2017/18 campaigns. The UEFA Champions League and the English Premier League were among the last competitions to adopt the new technology, but they eventually had to succumb in 2019/20 and 2018/19 respectively.

When Can VAR Be Used?

While many people argue about the frequent misuse of the video assistant referee system, the rules are strict. VAR can be used to interfere with just four types of decisions, including:

The VAR team, consisted of three people who sit down and watch specific in-game incidents from numerous angles, reviews decisions brought by the head referee. The main VAR referee is usually a current or a former referee and he is accompanied by an assistant and a replay operator.

So, VAR can review any action that preceded a goal, a red card, or a penalty. If a player scores a goal and the head referee allows it, the VAR can advise the head referee to rule it out for a potential foul or handball that had occurred in the build-up play. The same goes for red cards or penalties.

Now, just two possible scenarios can precede VAR interference. The main referee can request a review on his own if he is not sure about a decision or the VAR team can recommend the head referee a review. The latter scenario happens much more often.

Nevertheless, it is important to underline that the final decision is always in the hands of the main referee. Following a review recommendation from the VAR room, the head referee has three options. He can stick with his/her original call, he can immediately overturn his inaugural decision based on VAR’s assistance, or he can alternatively go and check the incident himself/herself on a monitor located on the side of the football pitch.

What is Hawk-Eye and When Was It First Used?

Hawk-eye is a line-calling computer system used in several sports like tennis, cricket, badminton, volleyball, rugby union, association football, etc. It visually shows the trajectory of the ball and shows a profile of its most likely path in the shape of a moving image.

A man named Paul Hawkins developed the system in the United Kingdom. Although most of us usually connect the line-calling system to tennis, it was first utilized for cricket in 2001 (for TV purposes only, though).

The first time when hawk-eye actually had an impact on referee’s decisions came in 2008 when the ICC introduced the system allowing teams to challenge the LBW calls.

In tennis, the system made its debut at the Nasdaq-100 Open in Miami in 2006. The US Open was the first grand slam to introduce the revolutionary change in 2006 and it was quickly followed by the 2007 Australian Open.

How does Hawk-Eye Technology Work?

The current practical use of the hawk-eye technology in tennis allows the players to have two challenges per set. If they are correct, they keep the same number of challenges, but if they are wrong, they lose the challenge.

The first post-introduction results showed that the players were correct in almost 50% of situations when they requested a challenge. You can hardly get better proof of how technology managed to revolutionize sports.

The Best Streamers and Podcasts For Your Favorite Hobbies

How Audiobooks Can Help With Auditory Rehab?

If you receive a new hearing aid or cochlear implant, you’ll experience a sudden change in your hearing ability and…

4 Common Cryptocurrency Scams and How to Avoid Them

Save Yourself from Forex Scams Forex is a system that allows traders to buy and sell different currencies. If you’re…